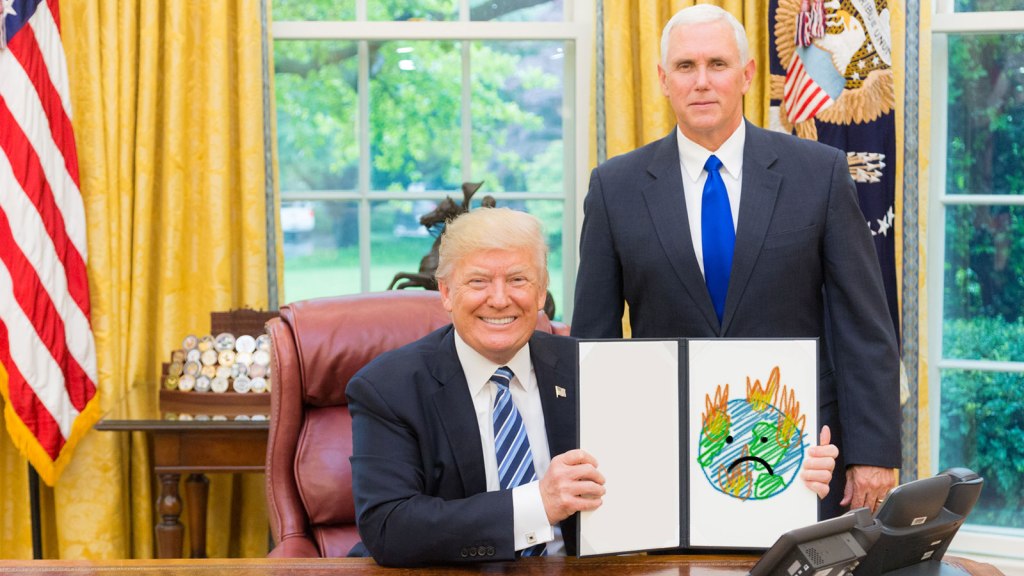 President Trump says he “absolutely” plans on looking at that landmark climate change report published by the U.N. Intergovernmental Panel on Climate Change. Y’know, the one that essentially says the planet and all of its inhabitants are totally screwed unless we change course, like, yesterday? Li’l Donny says “it was given” to him, and he seems a little bit suspicious.

The president of the free world prepared his first comments on the 700-page report that sheds light on the end of life as we know it, and would like to know: Which group drew the report? No, no, you read that right. “Drew,” not “drew up.”

“I want to look at who drew it,” he told reporters on the South Lawn. “You know, which group drew it.” No, we actually don’t know, because the IPCC report — the compilation of thousands of studies on climate science — isn’t a fucking coloring book. As in — I can’t believe I have to explain this — it’s not something you draw, it’s something you read. Jesus.

But maybe it’s not so surprising that Trump thinks someone drew the IPCC study, considering he likes his intelligence briefings heavy on the pictures, light on the intelligence. Secretary of State Mike Pompeo said Trump really enjoys “killer graphics,” so … maybe the president’s staff just slapped a frowny face on a drawing of Planet Earth and put it on his desk. Honestly, that about sums it up anyway.