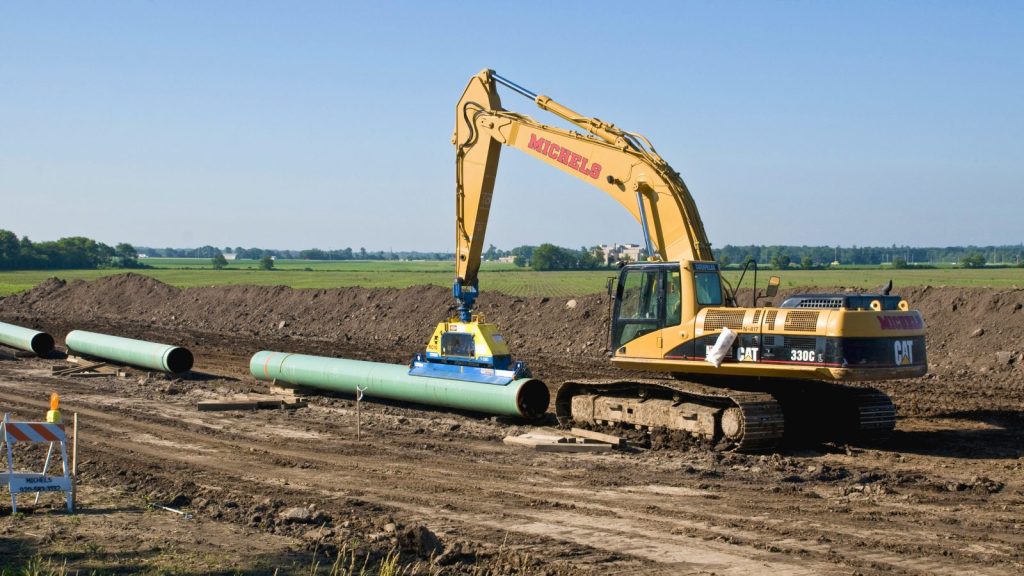 The fact that EPA administrator Scott Pruitt sat several seats to the right of President Trump during his announcement of a $200 billion infrastructure plan on Monday was one clue that it was actually jam-packed with policies taking aim at environmental regulations. For instance, a substantial portion of the proposal eases the environmental reviews for infrastructure projects, which may not ensure that roads and bridges are being repaired, but does help industry snake new natural gas pipelines through federal lands.

In many different ways, this infrastructure plan seeks to privatize some public lands and ensures that the fossil fuel infrastructure remains on them. The Natural Resources Defense Council’s legislative director Scott Slesinger says Trump is “using the infrastructure bill as another attack on the environment.”

Here are four of the ways that he does:

Trump asks for dramatic changes to the National Environmental Policy Act, or NEPA, which affects how environmental reviews for federal permitting are handled. This essentially speeds up the environmental review process so that permits might be approved without full consideration of the potential damage, while downgrading the EPA’s role in the process. This means that a nuclear plant or an especially controversial pipeline through a town could face speedier approval, with less opportunity for legal intervention.

The EPA and Army Corps of Engineers have historically been in charge of interpreting what bodies of water are subject to the Clean Water Act. There has been a longstanding fight over that Obama-era definition under Waters of the U.S. rule, which the Trump administration is seeking to roll back. The new plan would shift the responsibility for determining what waters fall under the umbrella of federal water oversight from the EPA’s water experts to the Army Corps of Engineers. By “Establishing the Secretary of the Army’s authority to make jurisdictional determinations under the Clean Water Act,” Trump has given responsibility to the organization likely to be more lenient.

Another threat to water oversight is a section that limits the EPA’s ability to veto a federal permit if the project would lead to unsafe discharge. This power has only been used a handful of times but was the reason the Obama administration could reject the controversial Pebble Mine permit in Alaska’s Bristol Bay — which, by the way, Trump has reversed.

4. Gas pipelines in the parks

His plan lets Interior Secretary Ryan Zinke approve natural gas pipelines to cut through national parks without any oversight whatsoever. Right now, the Interior Department must get specific congressional authorization to approve permits. “Obtaining congressional approval for each pipeline crossing and facilities necessary for the production of energy is time consuming and delays construction of needed natural gas pipeline facilities,” the plan says.

None of these proposals are guaranteed to pass Congress. Indeed some may be dead on arrival. Still, the NEPA reforms may catch on with members of the Republican party.

There are plenty of other criticisms of Trump’s plan, from its approach to privatizing some federal parkways and airports to completely ignoring the major infrastructure issue facing the U.S. over the next century. “You don’t build what was there before; you build to what the environment is going forward,” Slesinger says. “There’s nothing in here addressing climate issues.”