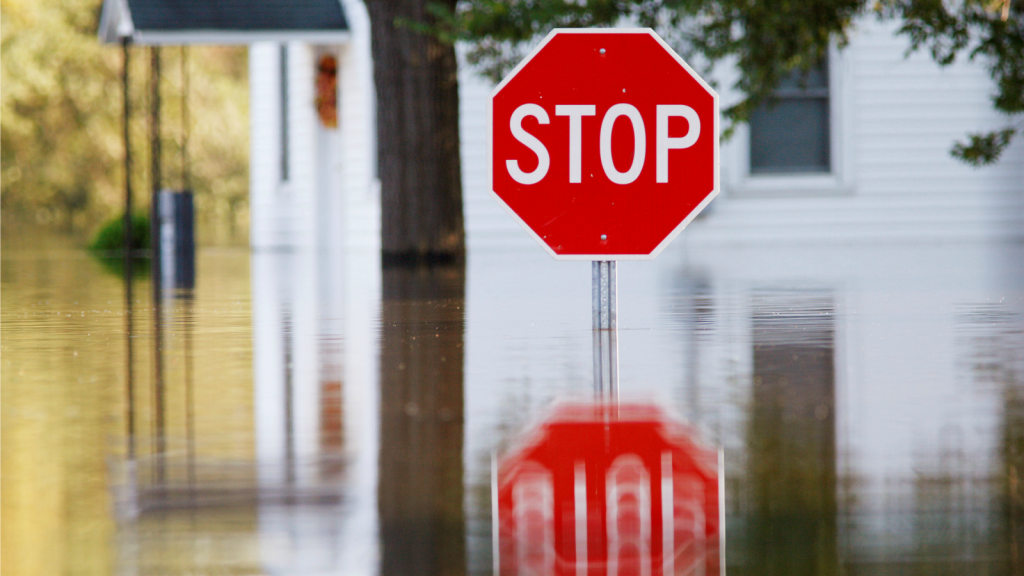 As President Trump moved this week to halt federal efforts to slow climate change, his executive order on energy and climate also directed agencies to retreat from efforts to help cities and counties adapt to the effects of warming temperatures.

Tuesday’s executive order rescinded directives issued by President Obama in 2013 and 2015, which sought to better protect Americans from floods, wildfires, heatwaves, and other disasters that are being amplified by greenhouse gas pollution.

The order followed a budget proposal by the White House to eliminate federal spending on a wide range of programs that partner with local governments, scientists, and industry to help Americans cope with everything from rising temperatures to rising seas.

Among other things, Obama’s 2013 and 2015 directives created task forces of local, state, and tribal leaders that produced recommendations upon which the federal government has been acting. If any of that work is found by the Trump administration to “burden” the energy industry, Trump’s order calls for it to be ended.

Experts are worried that ongoing efforts by federal agencies to help local governments cope with climate change will end — regardless of whether they’re found to burden energy producers.

The White House has downplayed the dangers of climate change, even following three consecutive years of record-breaking heat, which is fueling mid-Atlantic flooding, stoking Western forest fires, and contributed to a deadly fall storm in Baton Rouge.

“We have a different view about how you should address climate policies in the United States,” a White House official told reporters ahead of the release of Trump’s executive order on climate and energy. “So we’re going to go in a different direction.”

Proposals by the White House to slash federal programs, such as Sea Grant and the Weatherization Assistance Program, which help Americans cope with extreme climates, prompted bipartisan backlashes.

“This really endangers the ability of of local governments to do what they believe is necessary to protect their citizens,” Martin said.

Some of the task force recommendations called for innovation competitions, which led to the federal government supporting the construction of tall climate-friendly buildings made from timber in New York and Portland. The Bureau of Reclamation is running contests now, seeking fresh ideas for measuring and managing water supplies.

Other task force recommendations covered strategies for protecting food supplies from price spikes, for helping coastal and fire-prone communities recover from disasters, and for sharing ideas across government departments for better adapting to the impacts of warming.

“Those recommendations are also being thrown out with this new executive order,” Martin said. “That’s not just the initiatives of the Obama administration — that’s really the initiatives that we as a community of local governments had put forth.”

The adaptation task forces included dozens of mayors, governors, and tribal leaders from rural and urban regions alike, from liberal northeastern cities prone to blizzards and coastal floods to the conservative heartland, where the combination of summertime heat and poverty can be deadly.

“Climate change is a threat to our nation but also an economic opportunity for local communities,” Knoxville Mayor Madeline Rogero, a task force member, said in an email. “Regardless of federal policy, as mayor I will continue to work at the local level to protect Knoxville’s citizens from the harmful impacts of climate change.”

Rogero’s sustainability adviser, Erin Gill, said the city is especially worried by Trump’s proposal to end funding for federal programs that help low-income residents insulate their homes, “many of whom are already struggling with utility bill costs.”

Trump’s order went further than abandoning support the previous administration had provided to communities nationwide. It also revoked Obama-era guidances requiring that the effects of climate change, such as rising seas, be considered by federal officials when making military and other planning decisions.

That could make Navy bases more prone to flooding as seas rise, and it could hobble efforts by national park managers to manage biodiverse landscapes as climates shift around them.

“Adaptation plans that were developed under the Obama administration probably will not be updated — or carried out, for that matter,” said Jessica Grannis, an adaptation specialist with the Georgetown Climate Center who has analyzed Trump’s order.

Trump’s climate order withdrew a 2016 requirement by Obama that federal departments consider climate change when analyzing the environmental impacts of projects, as required under the National Environmental Policy Act of 1970.

Grannis predicts a rise in lawsuits filed against federal agencies over the completeness of their environmental reviews if they don’t universally consider climate change. “This NEPA guidance was intended to forestall that litigation,” she said.