Trump's power plan proposal is "about coal at all costs" 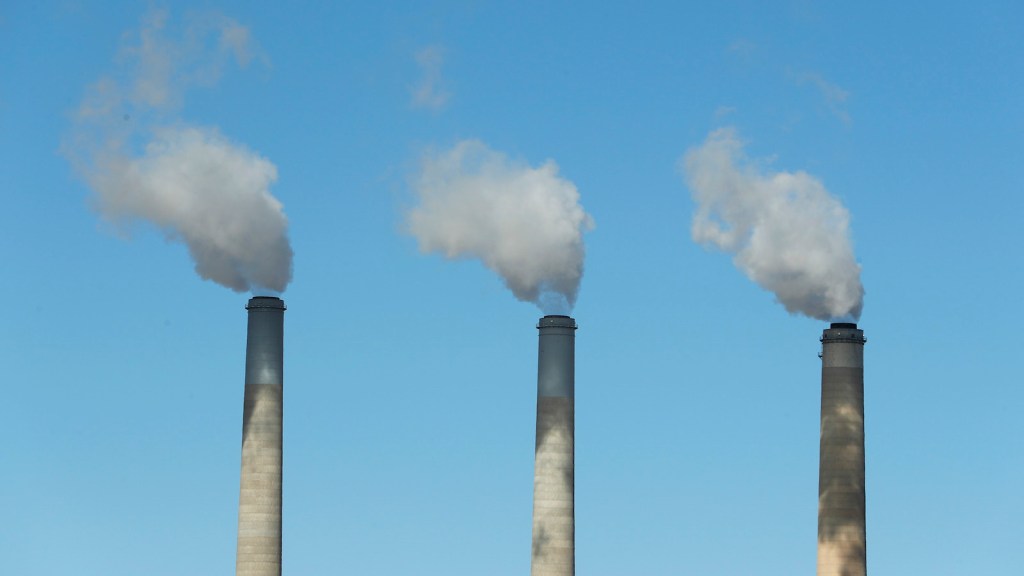 Trump’s power plan proposal is “about coal at all costs”

When President Obama unveiled the Clean Power Plan in the East Room of the White House three years ago, he called it “the single most important step America has ever taken in the fight against global climate change.” Today, that plan, which would have reduced carbon dioxide emissions by 19 percent in 2030 relative to 2005 levels, will be replaced by the Trump administration’s “Affordable Clean Energy” proposal, which will give states more authority to craft regulations for coal-burning power plants and replaces the “overly prescriptive and burdensome” requirements in the CPP with what they describe as “on-site, heat-rate efficiency improvements.”

These regulations are expected to only decrease CO2 levels by a fraction of the amount that were anticipated under Obama’s plan. The Environmental Protection Agency has acknowledged this will lead to hundreds of more deaths each year, along with sharp increases in the number of hospital admissions, lost work days, and school absences because of the health impacts of dirtier air. Not to mention the fact that increased emissions of carbon dioxide will further accelerate global warming.

“The ACE Rule would restore the rule of law and empower states to reduce greenhouse gas emissions and provide modern, reliable, and affordable energy for all Americans,” said EPA acting administrator Andrew Wheeler in a statement. Wheeler and EPA air pollution chief Bill Wehrum are both former lobbyists for coal-producing companies that benefit from the agency’s new rule.

The Clean Power Plan faced powerful opposition from nearly the moment it was signed. Several coal-producing states, including Texas and West Virginia, led a group of industry stakeholders to ask the Supreme Court to stay the CPP in January 2016 pending an appeals court’s ruling. The Court agreed to temporarily block the plan and it has been suspended ever since.

Republicans, state environmental officials, and fossil fuel industry titans have urged the Trump administration to replace the Clean Power Plan for the past several months, citing its costs and dubious legality under the Clean Air Act. All 11 Republican members of the Senate Environment and Public Works Committee wrote to former EPA administrator Scott Pruitt in January asking him to eliminate the rule. “Not only is the CPP bad policy, it is unlawful,” they wrote. “Congress did not give EPA the authority to transform our energy sector.”

Former agency officials blasted the proposal in a call with reporters hours before the EPA unveiled ACE. Gina McCarthy, the EPA administrator who developed the CPP under Obama, called its replacement “galling and appalling.”

“This is all about coal at all costs,” she said. “They are continuing to play to their base and following industry’s playbook step by step.”

Senator Bernie Sanders, an Independent from Vermont and a member of the Environment and Public Works committee, tweeted after the announcement, “Trump is actively destroying the planet in order to enrich his billionaire friends in the fossil fuel industry. We must fight back.”

The savings highlighted in Trump’s proposal — $400 million in annual net benefits with a reduction in CO2 emissions of up to 1.5 percent by 2030 — include a severe human cost, which the agency mentions in the fine print of its 289-page impact analysis.

Because of an increase in a tiny air pollutant known as PM 2.5, which contributes to smog and is linked to asthma and heart disease, the EPA predicts between 470 to 1,400 more deaths and thousands more lost days of school. Depending on how aggressively states make efficiency standards for individual power plants, those numbers could decrease.

“The Clean Power Plan would have reduced particle pollution along with the CO2 benefits by 25 percent by 2030. And we know reduction in particle exposure means saved lives,” said Janet McCabe, the former head of EPA’s Office of Air and Radiation. The EPA deferred a request for comment on former agency officials’ criticism of the Trump plan to an agency press release about the proposal.

The United States’ level of CO2 emissions actually decreased in 2017, but experts fear that a weakened regulatory scheme with decentralized goals could hike up rates of pollution nationwide. “Environmental regulation in many cases is one of the leading causes of the decline in emissions that we observed over the past twenty years,” said Reed Walker, an associate professor at UC Berkeley who co-authored a recent study that found regulation to be a key factor in reducing emissions in the manufacturing sector, even with increasing output. Under Wheeler and former EPA administrator Scott Pruitt, the federal government has started the process of rolling back at least 76 environmental regulations, according to the New York Times. Many of these rules include protections to wildlife habitats and restrictions aimed at curbing greenhouse gas emissions.

Trump, who will celebrate the Affordable Clean Energy proposal at a rally in West Virginia, has propped up coal miners with several regulatory decisions. In June, he ordered Energy Secretary Rick Perry to bail out struggling coal-fueled power plants and, last month, the EPA finalized a rule that relaxes the requirements for storing toxic coal ash. He also announced his intention to withdraw the U.S. from the Paris climate agreement.

Once the Trump administration’s proposal is formally published, members of the public will have 60 days to comment on it. The EPA also plans to hold a formal hearing.