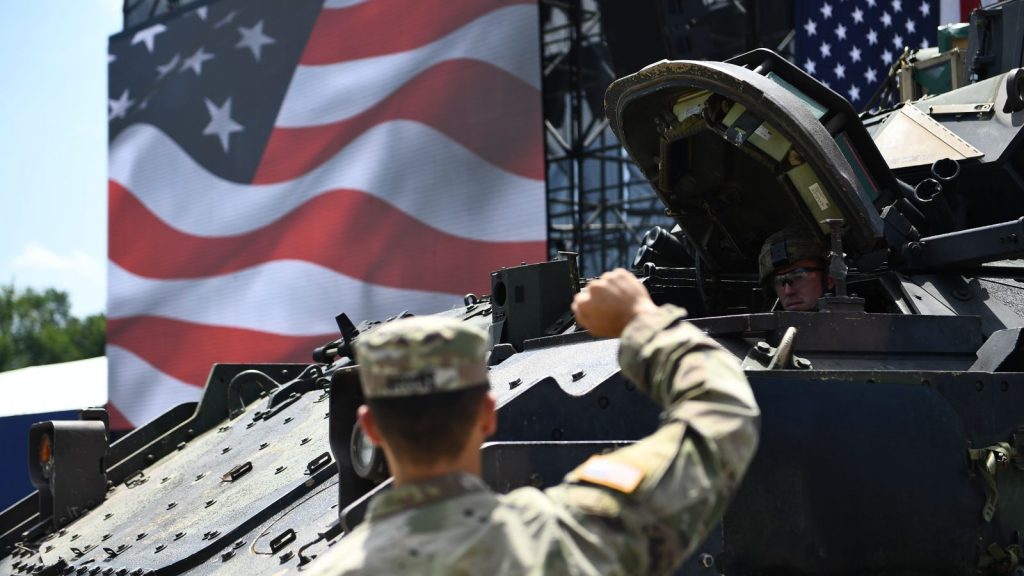 It’s the Fourth of July here in America, and that means hot dogs, popsicles, fireworks, and … a possible misuse of $2.5 million in public funds?

The Washington Post reports that President Trump is diverting that sum from a National Parks Service budget intended to improve parks in order to help pay for his big “Salute to America” celebration, to take place on the Mall in Washington, D.C. The total cost of the Trump-ed up event, which is set to include a large military display including tanks and a fly-over by Air Force One, hasn’t been disclosed.

It’s tradition for the president of the United States to host a nonpartisan celebration, and to speak on the Fourth of July. What’s not traditional, critics say, is for the president to hand out VIP tickets to Republican donors, distributed by Trump’s campaign staff and the RNC. “He wants to have a parade like they have in Moscow or China or North Korea,” one RNC fundraiser told the Huffington Post.

The National Park Service has an almost $16 billion backlog of maintenance needs around the country, some threatening crucial infrastructure and ecosystems in the parks, including in the Grand Canyon, Yosemite, and Death Valley. The nonprofit National Parks Conservation Association estimates repairs costs actually may be in the billions. The Gettysburg National Military Park needs almost $52 million in repairs to the site’s historic buildings, according to the NPCA.

“Two and a half million dollars might not seem like a lot to this administration, but to a national park it’s everything. Fee dollars are meant to protect our parks irreplaceable resources and enhance visitors’ experiences, not fund a presidential stunt,” said National Parks Conservation Association CEO Theresa Pierno in a statement.

The hits just keep on coming for the national parks. In March, the president’s proposed 2020 budget for the Department of the Interior showed massive cuts to maintenance and repairs budgets (the budget needs to be passed by Congress and will likely be shot down by House Dems). During winter’s government shutdown, vandals destroyed Joshua trees, fragile ecosystems, and artifacts as many parks were open but largely unstaffed. Interior Secretary David Bernhardt responded by authorizing $252.9 million of the NPS reserve budget, much of which came from entrance fees typically used for maintenance, to clean up trash and pay furloughed employees to patrol.

Senator Tom Udall of New Mexico and two other Senate Democrats requested a full account of what the president’s Fourth of July event would cost from the Department of the Interior two weeks ago — so far, according to WaPo, Interior Secretary David Bernhardt hasn’t responded to their request.