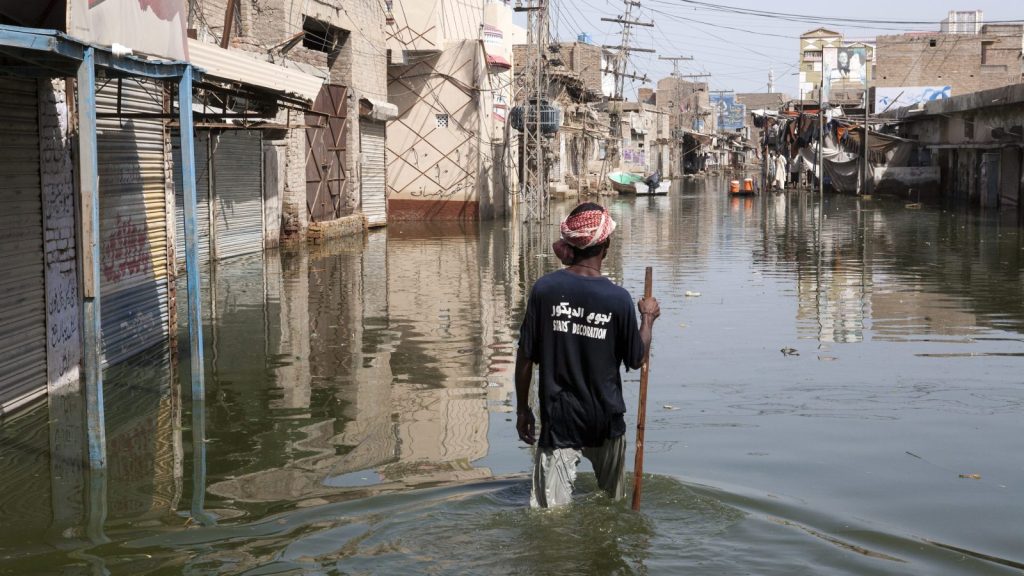 A United Nations watchdog on poverty and human rights is the latest to call attention to the looming threat of a “climate apartheid.” In a report presented to the Human Rights Council on Friday, U.N. special rapporteur Philip Alston writes that climate change is an “unconscionable assault on the poor.”

He cites a World Bank estimate that climate change could push at least 120 million more people into poverty globally by 2030 unless immediate action is taken. This is backed up by a study from Stanford University published earlier this year, which found that the disparity in per capita income between the richest and poorest nations is roughly 25 percent larger now than it would be if human-caused climate change weren’t at play.

“We risk a ‘climate apartheid’ scenario where the wealthy pay to escape overheating, hunger, and conflict while the rest of the world is left to suffer,” Alston said in a statement. Global warming tends to exacerbate economic and racial inequities — an effect that’s been described as a new form of ‘apartheid’ by the likes of Desmond Tutu, the South African Nobel Peace Prize laureate, for the past decade.

The recent U.N. report adds that global warming will have far-reaching effects on just about any humanitarian issue — housing, migration, and more. “Human rights might not survive the coming upheaval,” the report concludes.

The U.N. Human Rights council appoints dozens of special rapporteurs to serve as independent watchdogs. They investigate human rights abuses and report back to the council on specific issues. Alston is one of several special rapporteurs who have focused on climate change in recent years.

Victoria Tauli Corpuz, the U.N. special rapporteur on the rights of indigenous peoples, wrote in a 2017 report, “Climate change not only poses a grave threat to indigenous peoples’ natural resources and livelihoods, but also to their cultural identity and survival.”

A 2015 report by Hilal Elver, the special rapporteur on the right to food, concluded that climate change threatens to leave an additional 600 million people vulnerable to malnutrition by 2080.

In the new report, Alston writes that climate change has long been on human rights defenders’ radar, but is usually treated as an afterthought. He calls out international institutions for marginalizing climate change as a “niche issue.”

Taking on the climate crisis needs to be an integral piece of all international rights groups’ work, rather than a bullet point way down on a laundry list of issues, he contends. “As a full-blown crisis that threatens the human rights of vast numbers of people bears down,” Alston said, “the usual piecemeal, issue-by-issue human rights methodology is woefully insufficient.”