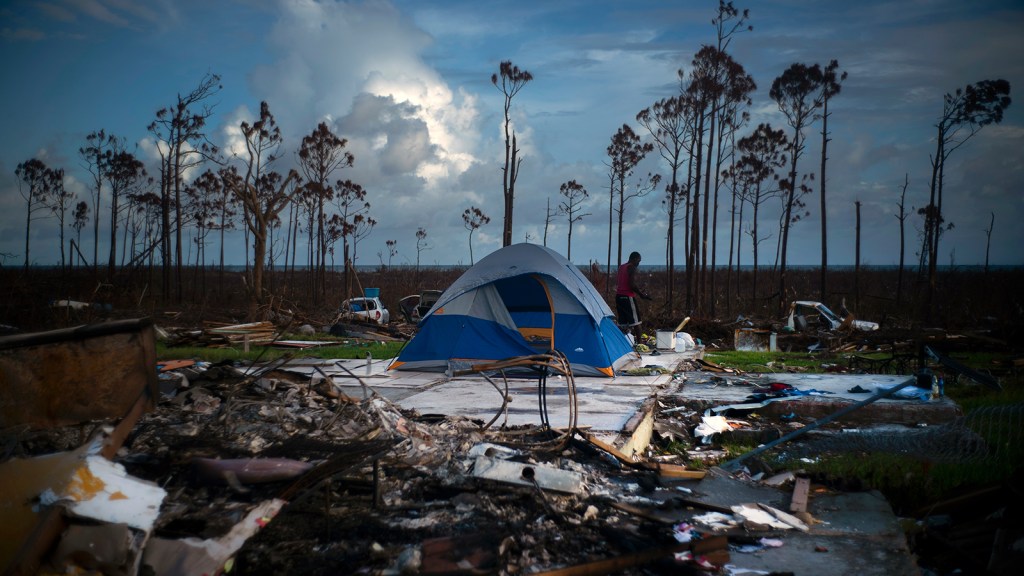 President Trump’s ongoing war on migrants and refugees has extended to the Bahamas, where some residents say they’ve received little to no help from their own government after Hurricane Dorian absolutely devastated the area less than two weeks ago. The storm, which hit the islands as a Category 5 hurricane, killed at least 50 people (though that number is expected to rise, as more than 1,000 people are still missing).

While the United States has granted temporary protected status, or TPS, to natural disaster victims in the past, the Trump administration has decided not to extend the designation to Bahamas residents who were displaced by the monster storm. That means Bahamians can still travel to the U.S. temporarily if they have a travel visa, but they will not be granted work permits.

TPS is a form of humanitarian relief intended for people from designated countries where war, famine, natural disaster, or other crises make it difficult for people to return home safely. People with TPS can generally stay in the U.S. for a period ranging from six and 18 months, but the Department of Homeland Security can extend this time if conditions in their home country remain unstable. Those protected under TPS are granted work permits, allowing them to support themselves while living in the U.S. Created by the Immigration Act of 1990, TPS has protected immigrants from 22 countries at various times.

“Generally, under circumstances like this really catastrophic hurricane … TPS would be granted,” the Migration Policy Institute’s Doris Meissner told the Washington Post. The U.S. has over the years offered TPS to residents of Haiti and Nepal after earthquakes devastated those countries in 2010 and 2015 respectively, as well as in South Sudan and Venezuela following armed conflicts in those countries. In the late 1990s, Honduras and Nicaragua were designated for TPS after Hurricane Mitch killed more than 11,000 people in Central America.

One of the Trump administration’s main immigration goals has been to overhaul how the U.S. grants legal immigration status. It envisions a “merit-based” immigration system in which individual immigrants are selected based on their education level, relevant professional skills, and financial self-sufficiency. But critics say the administration is setting the bar so high that many Americans couldn’t pass it.

Trump’s goal of limiting legal immigration has run afoul of many longstanding U.S. immigration policies, but TPS might be the biggest affront to his vision of merit-based entry. Not only does the program extend legal protections to people who want to enter the U.S. based entirely on what’s happening in their home countries, but it also applies to people, whether they are tourists or undocumented immigrants, who are already in the U.S. when TPS is granted. As such, it came as no surprise to some humanitarian workers in Washington that this administration would not be continuing the tradition of offering a temporary home to Bahamians fleeing the storm.

The impacts of Trump’s new TPS approach will likely extend far beyond the hurricane season. As climate change continues to increase the frequency and intensity of extreme weather events, it’s likely that ever-larger numbers of environmental refugees will be forced to leave their homes behind in search of safety. According to a new report from the Internal Displacement Monitoring Center, for example, 7 million people worldwide were displaced by natural disasters in the first six months of 2019 — “the highest mid-year figure ever reported for displacements associated with disasters.” But with the White House closing off avenues for migrants hoping for respite in the U.S., those climate refugees will see their options shrink just as they need help the most.