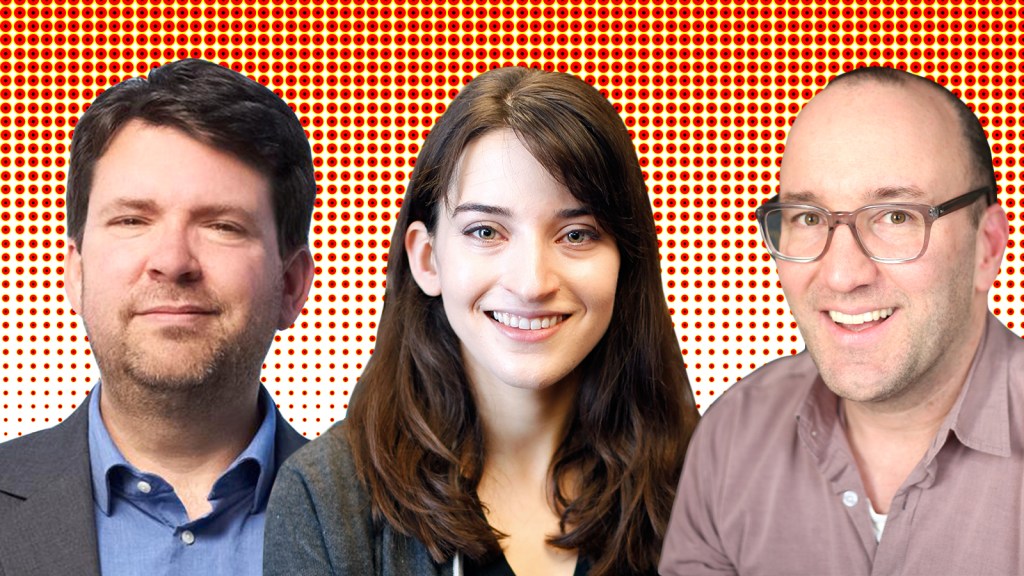 We’re thrilled to announce that, upholding a long tradition of convincing people to leave perfectly respectable jobs and cast their lot with our scrappy enterprise instead, we’ve added three top-notch editors to the Grist ranks this spring. We expect climate change to shut up and go away now — or at least to behave itself a little better.

Here comes the general: First and foremost, Scott Dodd is taking the helm as Grist’s executive editor. The award-winning journalist brings decades of experience as a reporter and editor, a strong leadership background, and a keen sense of humor to the role. And doughnuts. He brings doughnuts.

Among Dodd’s extraordinarily impressive accomplishments (it’s never too soon to kiss up to the new boss, right?), he landed a scoop about messy tar sands financial holdings that gained international attention and helped change the course of U.S. politics; he reported on everything from bioweapons to NASCAR in eight years at the Charlotte Observer; and he was part of a team that produced Pulitzer Prize-winning coverage of Hurricane Katrina for the Biloxi, Miss., Sun Herald. In addition to his work on the front lines of journalism and as editorial director at the Natural Resources Defense Council, Dodd has spent years dispensing wisdom at Columbia University’s Graduate School of Journalism.

Dodd, who will oversee Grist’s 18-member editorial department and play an active role in shaping the organization’s future, did some kissing up of his own: “It’s a really exciting challenge,” he said. “Grist has been home to smart environmental writers and thinkers for over a decade, so that’s a tremendous legacy to build on. My job is to make it even more ambitious and essential. I want us to have greater impact and a sharper focus on what matters, while still keeping the edge and irreverence that makes everyone love reading it.”

Sounds good to us! “Scott’s energy and ideas will be a powerful addition to Grist,” Grist President Lori Schmall said. “Everyone who spoke with him during the interview process — from younger writers to seasoned editors — was very excited at the prospect of working with him. He has the leadership background and journalism chops to lead us into a new era as a media organization.”

Their skill with a quill is undeniable: In conjunction with Dodd’s arrival, Grist is pleased to announce the addition of News Editor Rebecca Leber and Senior Editor Matt Craft.

Leber, a former New Republic staff writer and ThinkProgress reporter who has won admiration from across the internet for her climate and politics reporting, will lead Grist’s daily news team. “Rebecca Leber has been making a name for herself with smart, detailed climate coverage for years now,” said Vox writer and former Grist columnist David Roberts. “It’s great to see her in a position to lead a team to the same level of excellence.”

Craft, who will guide the work of our feature writers and columnists, arrives at Grist from the Associated Press. He has deep experience finding ways to make opaque issues more palpable, and has covered the seeds of the Arab Spring in Egypt, oil spills in Louisiana, and everything in between. He also wrangled columnists for Forbes Magazine. While he loved editing billionaires, he says the thousandaires at Grist are more his speed.

With Dodd, Leber, and Craft on board, the Grist team is looking forward to finding even more ways to inform and inspire our monthly audience of 2 million and growing. We’ll experiment with new forms of storytelling and introduce new perspectives as we tackle issues ranging from oil spills to the oily presidential campaign in the year ahead.

“Don’t worry, Grist fans,” Dodd says. “I know how special this place is and what a wonderful opportunity I’ve been given. I won’t cock it up.” Dirty words disguised as British humor? Now we know we’ve found our guy.