Welcome to the Eocene, where ice sheets turn into swamps 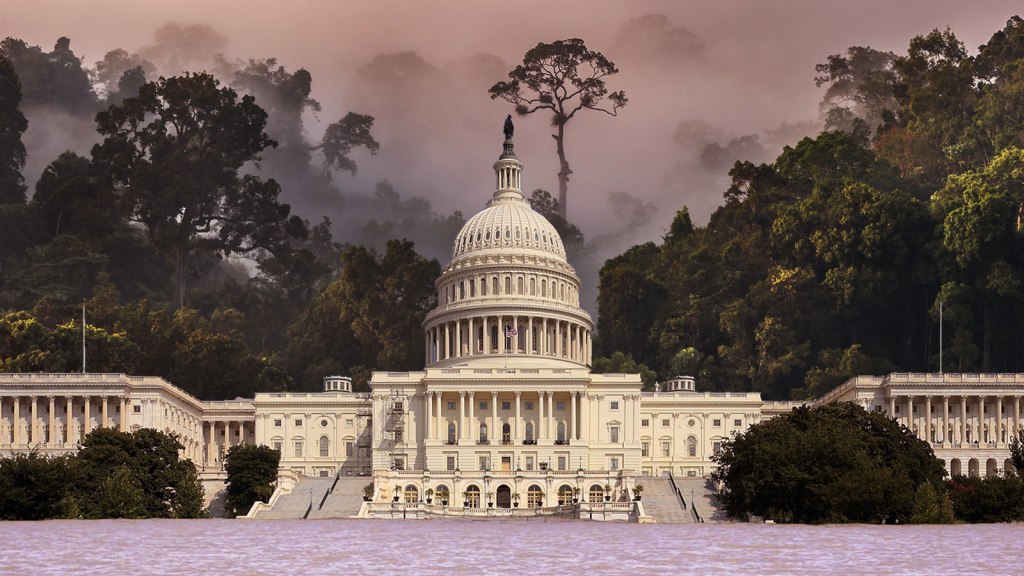 Grist / Photographer is my life. / Getty Images
pre-history repeats itself

Welcome to the Eocene, where ice sheets turn into swamps

Our current rate of warming will quickly lead us back to a climate that predates the evolution of modern humans, according to a new study in the Proceedings of the National Academy of Sciences. That kind of rapid change has no direct comparison in all of Earth’s multi-billion year history.

“The only thing that comes to mind is a meteorite impact,” says co-author Jack Williams, a paleoecologist at the University of Wisconsin-Madison.

The researchers analyzed the current, near-past, and near-future climates for every part of the planet, and then compared them to what likely existed during similar warming periods of the distant past. The results were shocking, even to Williams.

“We are creating a geological-scale climate event,” Williams says. “These things don’t happen that often, and we don’t know how humans will do through it.”

Without rapidly reducing emissions, we’ll quickly go back to a climate similar to somewhere between the Pliocene and Eocene — geological epochs that occurred about 3 million, and about 56 million years ago, respectively. Both would have hellish consequences and likely reshape human civilization permanently.

During the Pliocene period, global temperatures were about 2-4 degrees Celsius warmer than today and sea levels eventually stabilized about 60 feet higher than current levels. It was a world largely inconsistent with natural ice formation.

By 2030, under a business-as-usual scenario, Pliocene-like conditions become the closest match for most land areas, according to the study. Under a moderate climate action scenario, like the lax pledges of the Paris Agreement, that could be extended out to 2040. Only a drastic, economy-wide makeover within the next decade, consistent with limiting warming to 1.5 degrees C, would avoid the transition.

“This is coming up pretty fast,” Williams says.

An even more worrying period in Earth history was the Eocene, about 56 million years ago. The warmest part of this period — the Paleocene-Eocene Thermal Maximum — lasted around 200,000 years and was one of the warmest times in Earth history. The 8 degrees C-warmed world triggered a deep-sea mass extinction event and rainstorms so intense they scoured away the land surface at a continent scale. Humans are currently releasing carbon into the atmosphere at approximately 50 times the rate of the volcanic eruptions that led to the Eocene warm period.

According to Williams and his team, the Earth could tip toward Eocene-like conditions in just 120 years, based on current emissions trajectories. Millennials’ grandchildren would likely still be alive. Over the long haul, such conditions would be consistent with Greenland transforming from a mile-thick ice sheet to a marshy swamp, similar to Louisiana or Florida.

In 250 years from now on our current path, about 9 percent of the Earth’s land surface — mostly in East and Southeast Asia, northern Australia, and the coasts of the Americas — would transform into climates beyond the Eocene with no known precedent in all of Earth history, at least since life first formed.

But with rapid, near-term emissions reductions, those kinds of unprecedented and unknown climates can be almost entirely avoided, Williams says. Understanding the urgency and the scale of the choices currently facing humanity requires “balancing hope and despair,” he says.

“We’ve been talking about these challenges for years and there’s not been much measurable progress in stabilizing our greenhouse emissions,” Williams says. “We’ve built our cities and our societies for the current climate.” As a scientist and a concerned citizen, he said that observing the nations of the world not taking urgent action is like watching “a slow-motion train wreck.”

The challenge, according to Williams, is that “our options narrow as time goes forward.” The longer we wait to institute radical changes in society, the more likely the climate will become radically and irreversibly different, during the lifetimes of people alive today.

Talking about the choice we currently face as a civilization is perhaps the most important thing that any of us can do. The choice between a liveable world and a world completely unknown in all of Earth history, as Williams and his colleagues uncovered, is one of the starkest talking points yet.