What does the Violence Against Women Act have to do with climate change? 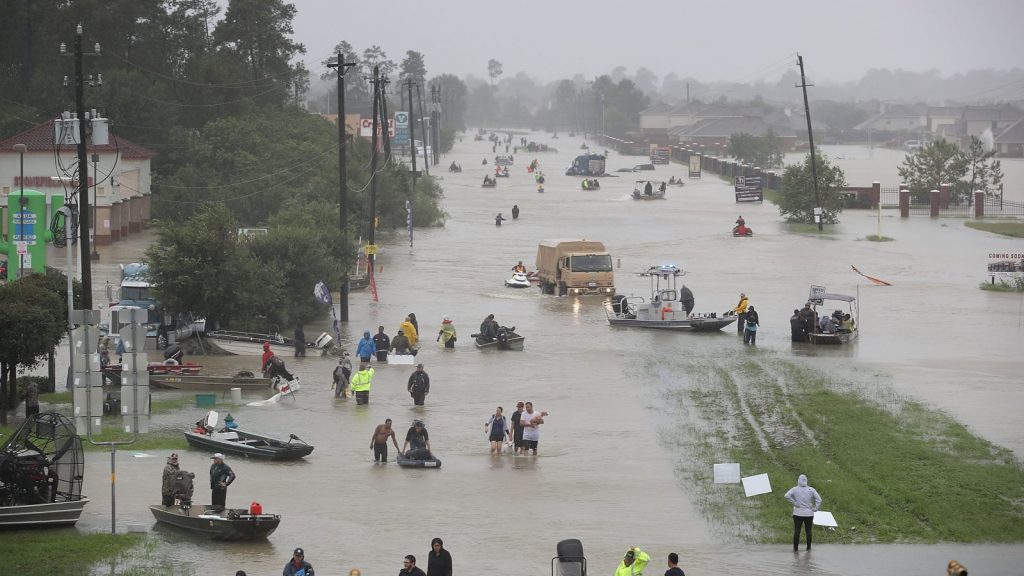 What does the Violence Against Women Act have to do with climate change?

As the world heats up, it’s also becoming more violent. There’s been a lot of research linking climate change to war, violent crime, and even road rage. But you may not have heard that climate disasters like hurricanes Harvey and Michael were accompanied by a surge in intimate partner violence, or IPV. (The term is favored over “domestic violence” for encompassing different relationships and genders.)

Hurricanes often lead to displacement and isolation, which makes people more vulnerable to IPV. And climate change in general disproportionately impacts those who are already more likely to experience IPV: low-income women, women of color, and women experiencing homelessness.

To compound the problem, resources to address IPV are limited after climate disasters, when more people tend to need them. In the year following Hurricane Harvey, the number of women who sought help at a Houston-based crisis center doubled, as Yessenia Funes writes in Earther. Shelters are sometimes forced to close their doors in the wake of disasters. After Hurricane Florence, a domestic violence shelter in Wilmington with 19 beds was left in shambles.

The closely connected issues of climate change and IPV — both of which the federal government has a long history of ignoring — will only grow more pressing as time goes on. “This growing impact of climate change will continue to put more women at risk for experiencing violence,” says Jennifer First, program manager at the Disaster and Community Crisis Center at the University of Missouri. “We need effective mechanisms to be developed and evaluated to address this problem.”

Yet rather than developing more policies and services, Congress may be about to do the opposite. On Friday, the Violence Against Women Act, the most robust federal attempt to address intimate partner violence, is set to expire unless Congress renews it. Since its passage in 1994, the act has funded critical services for survivors, including legal assistance, rape crisis centers, domestic violence centers, and transitional housing. It has also helped survivors of IPV get green cards. These services are all crucial in the wake of climate disasters.

That said, the act has some notable flaws. While amendments have broadened the scope of who is protected under the act (including LGBTQ couples and undocumented immigrants), some advocates say it’s still not comprehensive enough in addressing the staggering rates of sexual violence against Native American women. A new reauthorization of the act, introduced by Texas Representative Sheila Jackson Lee, a Democrat, would fill in some of these gaps, but would still fail to protect Native American tribes in Alaska and Maine.

Additionally, 85 percent of VAWA’s funding goes toward the criminal legal system. This reliance on criminalization can perpetuate abuse, as Leigh Goodmark, law professor at the University of Maryland, argues in the Conversation. Research shows that mandatory arrest laws, for instance, make abusers more likely to murder their partners.

IPV needs to be thought of as a broader structural issue rather than just a criminal justice issue, explains Samantha Majic, an associate professor of political science at John Jay College who researches and writes on sex work and gender. “Women are not subject to intimate partner violence just because men are bad, but also because they don’t have economic options that make it easier to leave the situation,” she says.

Despite its shortcomings, the act brings up an important conversation: how to equitably address the national epidemic of IPV in tangent with that other issue the government repeatedly fails to act on — climate change.

Jennifer First of the University of Missouri has developed a framework for social organizations and all layers of government to incorporate domestic violence in disaster recovery and preparedness efforts. One of the ideas behind the framework is cross-training. “Many emergency management first responders may not know what to do in a domestic violence situation,” she explains. And in turn, she says, “many domestic violence shelters may not think about environmental disasters.”

First hopes this model will eventually spread around the country.

As VAWA sits in congressional purgatory, it’s becoming apparent that addressing IPV means more than renewing the act. It also means dealing with climate change and preparing for disasters with the most vulnerable people in mind.