Why we must declare a global climate emergency 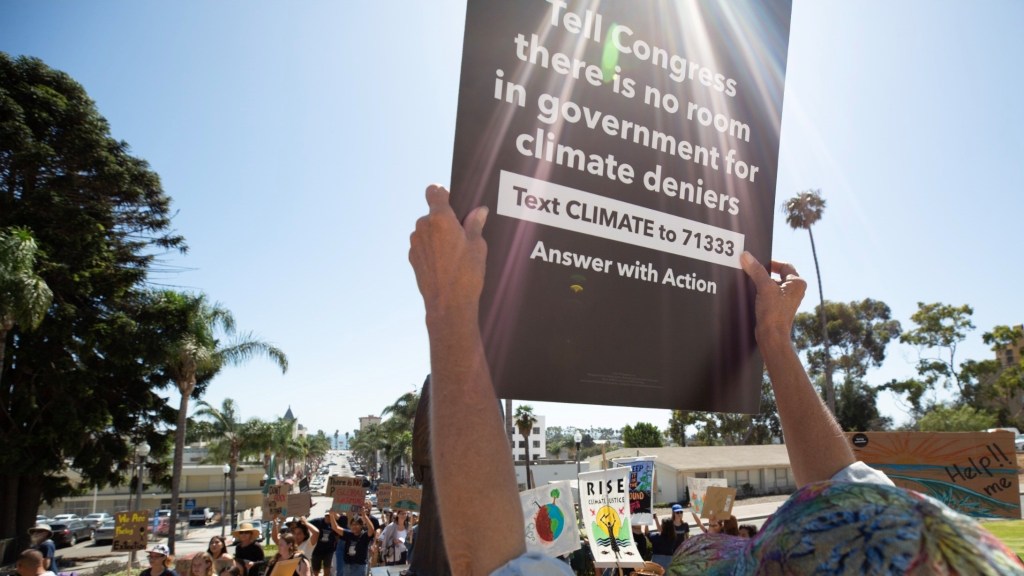 Why we must declare a global climate emergency

“We’re on a first-name basis with the climate crisis. Sandy, Maria, Irma, Dorian — my fellow plaintiffs and I are directly impacted every day.” That’s Vic Barret: a 20-year-old plaintiff in the Juliana vs. United States case, speaking at a press conference last week.

July 2019 was Earth’s hottest month on record. Five of the hottest years ever recorded occurred between 2014 and 2018, and the world has already warmed about 1 degree Celsius since the Industrial Revolution. Our best estimates suggest we must avoid 1.5 degrees of warming in order to avoid widespread damage and suffering.

We know what’s happening, and we know how we got here. As #ExxonKnew as early as 1970: The burning of fossil fuels is over-heating the world’s oceans and the atmosphere. We understand the problem. So why aren’t we doing more about it?

That’s what today’s young people want to know. They understand we need climate action now. The climate strikers of last week — people like Swedish activist Greta Thunberg, American Isra Hirsi, South African Qiniso Ngcobo; and all their classmates and friends — these young people are already treating the climate crisis like the emergency it is.

What if the rest of us did the same thing?

Declaring a climate emergency is a necessary first step. It will make clear we are not talking about an abstract future threat, but a crisis that’s already here. And it will make clear that the status quo is too dangerous. Climate models and action plans are always compared to the “business-as-usual” approach. But we can’t afford business as usual any longer.

For businesses, that means changing the rules of engagement. As Patagonia CEO Rose Marcario wrote in a recent op-ed, “The plain truth is that capitalism needs to evolve if humanity is going to survive.” Patagonia’s stores were closed on September 20 in a demonstration of solidarity with youth climate activists.

Marcario has long used the company’s platform to elevate environmental action and nature-based solutions to climate change. As she told Grist back at the Paris Climate Conference, “If you’re not out there raising the bar, everyone accepts the entrenched status quo.” There are scores of reasonable, cost-effective solutions that create jobs. A strong economy and a stable climate need not be in opposition.

It’s a message that rings true to Marcario. As she writes, “We need our leaders to act on the science and follow the market forces — do their job and create policies that protect our planet and our communities. Our customers are demanding we act — this generation of youth is not backing down and neither should we.”

The Climate Crisis is a Human Issue.