Will Justice Roberts stand up to the Supreme Court's potential Voldemort? 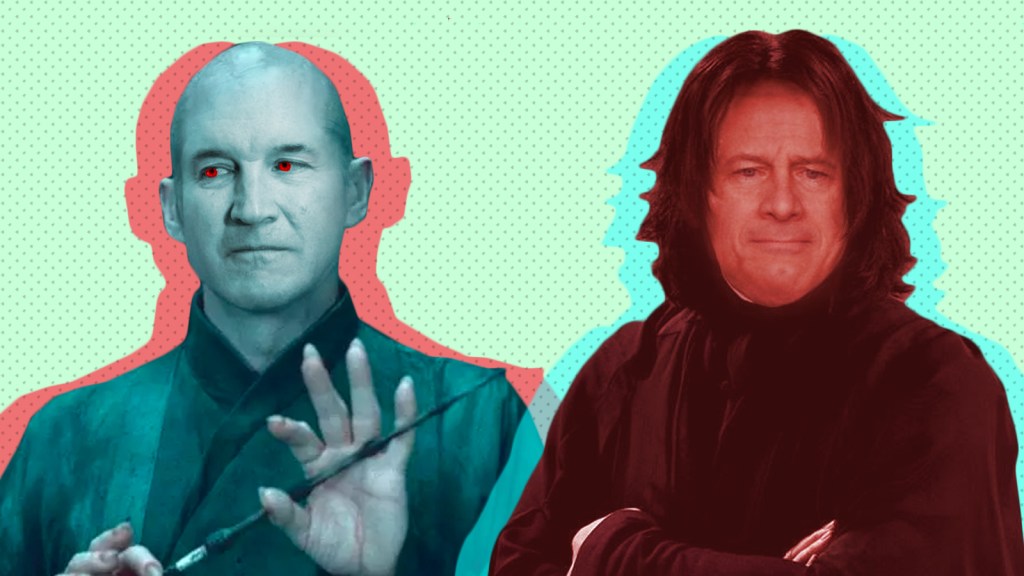 Will Justice Roberts stand up to the Supreme Court’s potential Voldemort?

On Monday night, President Trump announced his replacement for retiring Justice Anthony Kennedy — and the news isn’t good for people who care about the planet. Trump’s nominee is 53-year-old D.C. circuit court judge Brett Kavanaugh, a dedicated originalist who has a bleak record on green issues.

“I think of him as the Lord Voldemort of the environment,” Bill Snape, senior counsel at the Center for Biological Diversity and fellow at American University, tells Grist. (No joke, his last name is Snape.)

“Kavanaugh, to me, is another Scalia,” Snape adds. “On all things administrative law, energy law, environmental law, he has been pretty much the worst.”

But while Voldemort targets Muggles, Kavanaugh aims at environmental regulations. In 2012, on the D.C. circuit, he ruled that the EPA could not regulate air pollution that crosses state borders — a decision that was later reversed by the Supreme Court, 6-2. By the EPA’s reckoning, this decision literally saved lives. Had the court followed Kavanaugh’s opinion, the resulting unregulated air pollution could have led to between 13,000 and 34,000 additional deaths per year.

Kavanaugh also appears to have influenced the Supreme Court’s rulings against the Clean Air Act. He is cited in both Utility Air Regulatory Group v. EPA and Michigan v. EPA.

“He has just been a Clean Air Act disaster,” Snape tells Grist. “And it’s not just with regard to the EPA — he seems to have a very ideological anti-environmental stance.”

Kavanaugh also ruled to limit the power of critical habitat protections, most notably in a 2011 case around endangered fairy shrimp. The first case on the Supreme Court docket for the coming term, Snape warns, is a critical habitat case.

If Kavanaugh is confirmed and becomes SCOTUS’s Voldemort, where does that leave the rest of the court? With Kennedy gone, the court will move hard to the right, and John Roberts — who is not what most people would consider “moderate” — will become the new swing vote.

It could be worse. Roberts, who was appointed by George W. Bush in 2005, has gradually been shifting toward the center throughout his tenure. In recent years, Roberts has been a bona fide moderate. In fact, he’s already credited with casting the court’s swing vote about 30 percent of the time — second only to the retiring Kennedy.

But Roberts has a sketchy record on climate science. In Massachusetts v. EPA, he joined the conservative side in voting against giving the EPA the ability to regulate carbon dioxide as a pollutant. In his dissent, he wrote that drawing a direct link between individual choices of vehicles and the rising oceans was “pure conjecture.”

Still, some environmental campaigners think that the pro-business Roberts will be open to standardized environmental controls — which could actually be a net benefit to companies’ bottom lines. Moreover, Roberts has indicated that, despite his dissent at the time, he considers Massachusetts v. EPA to be established precedent. He’s unlikely to then want to break that precedent to overturn it.

So it remains to be seen whether Roberts will follow the path of the Dark Arts on issues related to the environment. Will he stick to climate denial, now that his vote matters even more? Or, will he come through like the original Professor Snape and rally to support the light when he’s needed most?

No matter what he decides, the consequences will be enormous — and could affect planetary health for millennia to come. No pressure.

And in case you’re wondering, here’s how the rest of the Supremes stack up in Harry Potter’s world, courtesy of Grist’s resident Potterhead, Caroline Saunders:

Clarence Thomas — Cornelius Fudge. These old boys don’t like to mess with the status quo.

Samuel Alito — Scrimgeour. Boy, do they both like to prosecute.

Elena Kagan — Nymphadora Tonks. Kagan may not have technicolor hair, but she’s a hip young force on an aging bench. Don’t underestimate her.

So @J.K. Rowling, when are you releasing Harry Potter and the Supreme Court Justices?