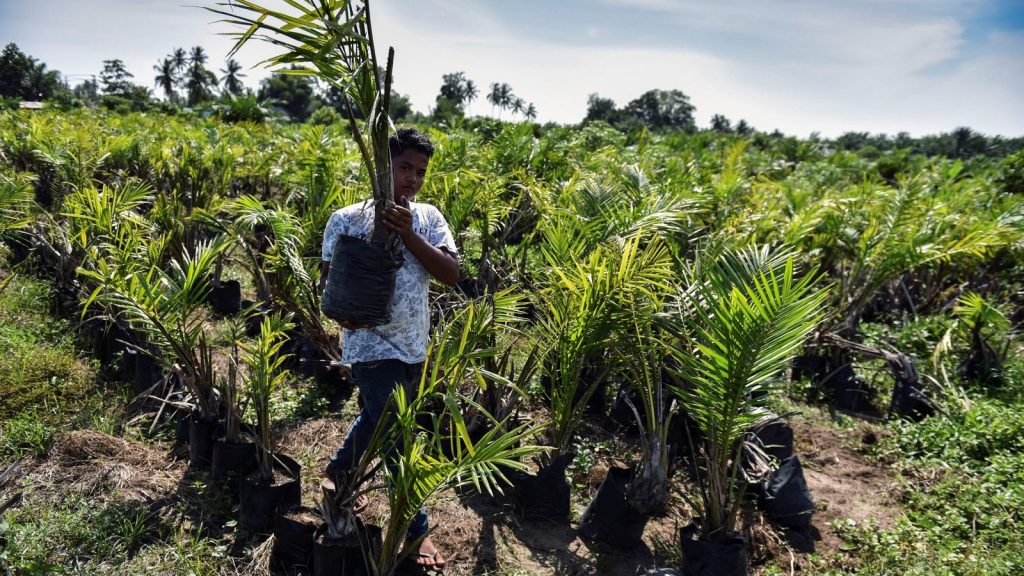 Are humans to blame for climate change? A full 97 percent of climate scientists say yes. But if you ask Indonesians, a whopping 18 percent would say no, a new survey from YouGov and the University of Cambridge reveals. Of the 23 countries surveyed, Indonesia had the biggest percentage of climate deniers, followed by Saudi Arabia (16 percent) and the U.S. (13 percent). What’s up with that?

Indonesia has a lot to lose to climate change. Capital city Jakarta is basically going to be underwater by 2050 thanks to a combination of rising sea levels and aquifer overuse. Plus, the country, which occupies just over 1 percent of the Earth’s land area, contains some of the world’s richest ecosystems. Its islands are home to 10 percent of the world’s flowering species, 12 percent of mammals, 17 percent of amphibians and reptiles, and 17 percent of birds.

All this, and yet Indonesia is the fifth largest carbon emitting country, largely due to deforestation. It is the world’s largest supplier of palm oil. Between 2001 and 2017, more than 92,000 square miles of the country’s forests, an area roughly the size of Michigan, were cut down, mainly for palm oil plantations. And Indonesia also has plans to further expand its palm oil industry, in addition to doubling domestic coal consumption by 2027 for power generation.

As Indonesia’s middle class quickly expands, its cities are becoming increasingly dependent on cars to get around. In the next decade, energy is expected to overtake deforestation as Indonesia’s No. 1 source of carbon emissions.

So why are many Indonesians are skeptical of the human causes of climate change? Religion is one factor. Both Indonesia and Saudi Arabia, the countries that topped the climate denial list, are places where religious belief is “particularly strong,” Jeffrey Winters, author of Power in Motion: Capital Mobility and the Indonesian State, explained to Grist via email. In a Pew Research Center poll from 2018, more than 90 percent of Indonesians said that religion is “very important.”

“We know that religious beliefs and supernatural ideas in general conflict with evidence-based modes of thought,” said Winters, political science department chair at Northwestern University. “We would, therefore, expect that societies where religious thought is highly influential would be more likely to deny scientific arguments about climate change.”

Another factor in the country’s high rate of climate denial could be the role of media and education. While there are efforts to add climate change into Indonesian education, climate education is not recognized in the national education system, so a majority of the population gets information about climate from public television and radio.

As for the media, a study by the British Council looked at keywords in Indonesia’s most popular newspaper, Kompas, and found that the number of articles containing ‘climate change’ ranked far below ‘corruption,’ ‘terrorism,’ and ‘election.’ Even in the articles that mentioned climate change, it was often not the main focus.

Indonesia promised to reduce carbon emissions by 29 percent by 2030 in accordance with the Paris climate accord, but it has done little to reach this goal. (To be fair, most countries are failing to meet their Paris goals.) It even threatened to pull out of the agreement when the E.U. brought up the possibility of phasing out palm oil as a biofuel. Various Indonesian officials have referenced the lack of repercussions that the U.S. faced in leaving the Paris agreement.

“The U.S. not taking climate seriously gives a big excuse for the Indonesian government to not take it seriously either,” Jonathan Busch, an environmental economist at the Earth Innovation Institute, told Vox in December. “They have lots of other domestic concerns.”

The country’s forests and peatland store huge amounts of carbon. To keep them from being destroyed and releasing that carbon into the air, experts say that wealthier countries should take the lead in supporting conservation efforts in Indonesia. Norway, for instance, has pledged $1 billion to protect Indonesian forests.

It’s unclear whether Joko Widodo, Indonesia’s current president, intends to address his country’s big carbon footprint. While he placed a moratorium on new palm oil plantations in 2011, he has since threatened to revoke the moratorium and has expressed interest in initiating unregulated, unsustainable palm oil sales to China and India. Ah, politics.