With the world on the line, scientists outline the paths to survival 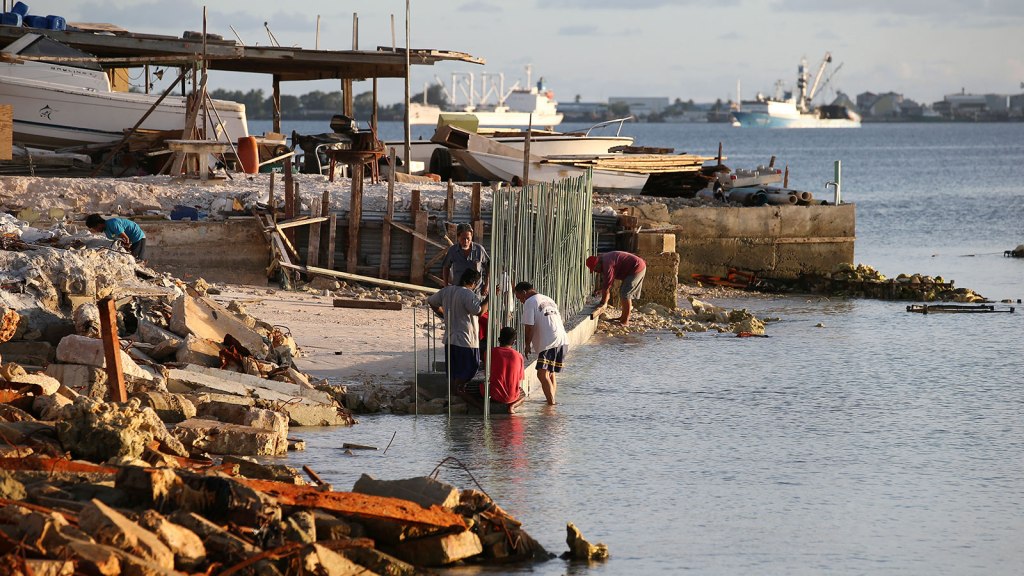 With the world on the line, scientists outline the paths to survival

This week, scientists and representatives from every country on Earth are gathering in South Korea to put the finishing touches on a report that, if followed, would change the course of history.

The report is a roadmap for possible ways to keep climate change to 1.5 degrees C above pre-industrial levels. Anything beyond that amount of warming, and the planet starts to really go haywire. So the Intergovernmental Panel on Climate Change — a U.N.-sponsored, Nobel Peace Prize-winning assemblage of scientists — wants to show how we can avoid that. To be clear, hitting that goal would require a radical rethink in almost every aspect of society. But the report finds that not meeting the goal would upend life as we know it, too.

“This will be one of the most important meetings in the IPCC’s history,” said Hoesung Lee, the group’s chair, in his opening address on Monday.

The report will be released on October 8. From leaked drafts, we know the basics of scientists’ findings: World greenhouse gas emissions must peak by 2020 — just 15 months from now. The scientists also show the difference in impacts between 1.5 and 2 degrees would not be minor — it could be make-or-break for the West Antarctic Ice Sheet, for example, which would flood every coastal city on Earth should it collapse.

“The decisions we make now about whether we let 1.5 or 2 degrees or more happen will change the world enormously,” said Heleen de Coninck, a Dutch climate scientist and one of the report’s lead authors, in an interview with the BBC. “The lives of people will never be the same again either way, but we can influence which future we end up with.”

The report has been in the works since the 2015 Paris climate agreement. Three years ago, during the climate talks, leaders of a few dozen small island nations and other highly vulnerable nations, like Ethiopia, Bangladesh, and Vietnam, demanded the bolder 1.5 degrees C temperature target be included in the first-ever global climate pact. The group represents 1 billion people, and for some of the involved countries, like the Marshall Islands, their entire existence is at stake.

At the time, the lead negotiator from that tiny Pacific island nation used the word “genocide” to describe the inevitable process of forced abandonment of his country due to sea-level rise, should global temperature breach the 1.5 degree target.

Even taking into account the policies and pledges enacted globally since the Paris Agreement, the world is on course to warm between 2.6 to 3.2 degrees C by the end of the century, according to independent analysis by Climate Action Tracker.

According to a U.N. preview of the report, meeting the 1.5 goal would “require very fast changes in electricity production, transport, construction, agriculture and industry” worldwide, in a globally coordinated effort to bring about a zero-carbon economy as quickly as possible. It would also very likely require eventually removing huge amounts of carbon dioxide from the atmosphere using technology that is not currently available at the scale that would be necessary. And there’s no time to waste: “The longer CO2 is emitted at today’s rate, the faster this decarbonization will need to be.”

The world has already warmed by about 1.1 degrees C, and the implications of that are increasingly obvious. In just the three years since the Paris Agreement was signed, we’ve seen thousand-year rainstorms by the dozens, the most destructive hurricane season in U.S. history, disastrous fires on almost every continent, and an unprecedented coral bleaching episode that affected 70 percent of the world’s reefs.

In this age of rapid warming, the IPCC report is inherently political — there are obvious winners and losers if the world fails to meet the 1.5-degree goal. If the world’s governments are to take the implications of IPCC’s findings seriously, it would be nothing less than revolutionary — a radical restructuring of human society on our planet.

Right now, scientists are trying to find the precise words to describe an impending catastrophe and the utterly heroic efforts it would take to avert it.

“We’re talking about the kind of crisis that forces us to rethink everything we’ve known so far on how to build a secure future,” Greenpeace’s Kaisa Kosonen told AFP in response to a draft of the report. “We have to try to make the impossible possible.”