Ask a scientist: How should we live in the face of climate change? 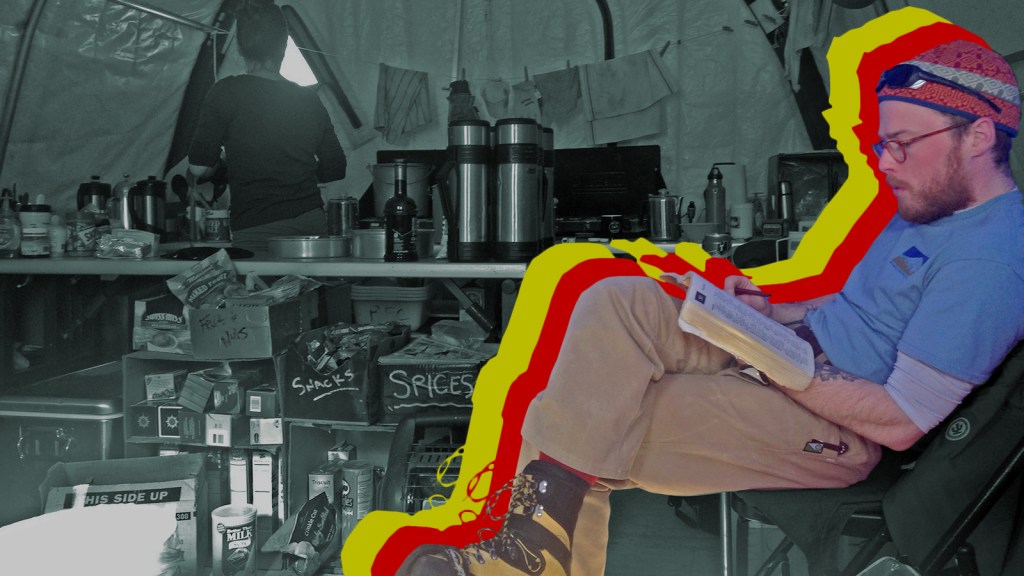 Ask a scientist: How should we live in the face of climate change?

David Wallace-Wells’ viral story in New York Magazine paints a vivid picture of climate change: The Arctic permafrost thaws into methane-spewing sludge, ocean acidification chokes out fish, and the heat cooks us in our skeletons.

Climate science can seem distant and inhuman, particularly when it’s foretelling the parched doom of humans. Wallace-Wells’ reliance on that doom and flourish has elicited the objection of some scientists. Telling the human race exactly what kind of threats await our home is sensitive business, a fact of which scientists are sharply aware.

Because, after all, they are also people who call Earth home. And so, as we grapple with unfathomable climate implications, I’m curious about what the people who study the changing planet can tell us about how to live on it. I’ve begun reaching out to scientists to ask: How do you approach those less grandiose problems of human life (the little spats and big triumphs in interpersonal relationships) given your work on the biggest problem of all?

Peter Neff, a glaciology researcher with the University of Rochester, studies Antarctic ice that is hundreds of millennia old in order to understand the changes happening in the Earth’s atmosphere today. “It’s so incredibly personal what we are able to do in our careers [as climate scientists],” Neff explains. “Some amount of your identity becomes locked up in your work.”

And that work has a critical human element, too. The research camps are usually between 10 and 50 people in a few tents. There are alliances and rifts, conflict and cooperation, drama and romance. (Neff actually met his wife on an Antarctic research mission.) We’ve all seen Survivor! But as Neff describes, such a small concentration of people with a mission (in extremely scientific terms: grab some ice, test that ice, save the world) forces a new kind of caring for others.

And it’s not only scientists in the camps — which exposes interesting class divides. The makeup of an Antarctic research base is about 20 percent scientists and 80 percent support staff. The larger the base, the more pronounced differences become due to the anonymity that a large population affords. But in a tiny camp, there is no room to disrespect a cook, or a pilot, or a research coordinator.

“There are people who don’t get that everybody is just as important to the mission as the scientist is,” Neff explains. “The scientists drive the reason everybody is down there, and that makes that relationship a strained one. That dichotomy has to break down, or the mission won’t succeed.”

Scientific study requires an ability to be objective — to observe things clearly and rationally, to assess your beliefs according to data and adjust accordingly. But the nature of Neff’s work requires the ability to be compassionate, to provide for others, and to be patient. That fundamental respect is part of what helps Neff cope in the face of the horrors laid out in Wallace-Well’s article and an administration that systematically denies them.

“On the whole, I see very humble, honest students of the Earth who are trying to gain understanding that we can all use moving forward,” Neff says. “[There is an] honest, indefatigable pursuit I see in climate scientists to best understand what we are facing. They’re not stopping when the executive branch wishes they would. This is who we are.”

I asked Neff what non-scientists — the people trying to reckon with the results of his and his colleagues’ research — can do beyond the lifestyle changes that the climate-concerned have taken for canon: Have fewer kids, eat less meat, drive less, opt for renewable energy whenever and wherever you can.

It’s a good question, Neff says, and his answer comes down to exercising empathy and selflessness. The former is necessary to comprehend how one’s actions can potentially endanger the life of someone across the globe that one might never meet, and the latter to enact the sort of personal sacrifice that’s required to sustain future generations on an “increasingly stressed” planet.

When you are frightened and overwhelmed by what you can do about climate change, maybe the best place to begin is where most of us already are in our daily struggles: Just try to be kinder. That is it. That’s the first step, and a necessary one.

Have a life question you’d like Umbra to explore with a scientist? Drop her a line.