Why is it hard to befriend neighbors, even during a pandemic? 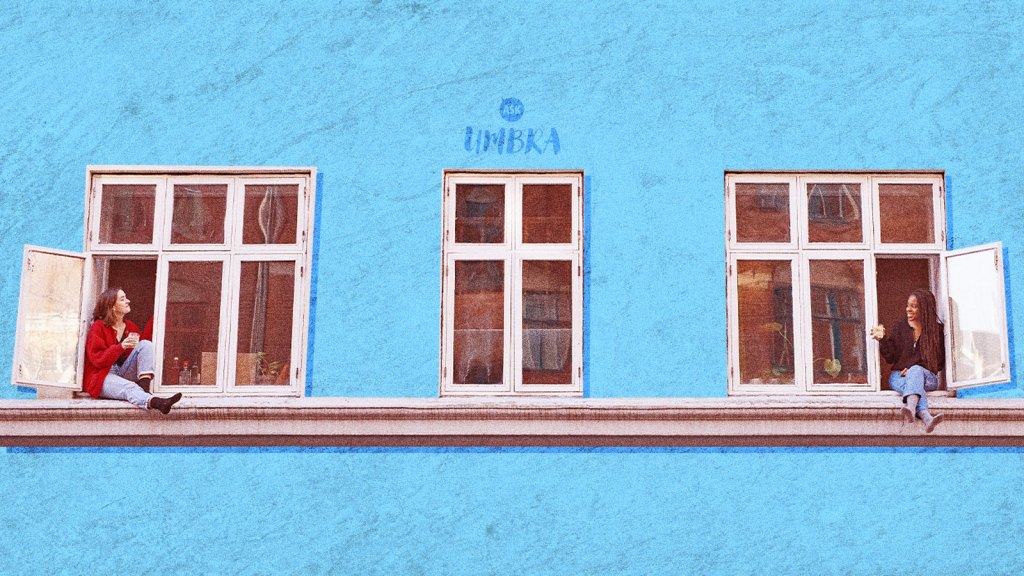 Grist / Klaus Vedfelt / Getty Images
With Friends Like These

Why is it hard to befriend neighbors, even during a pandemic?

Like everyone else, I’m really craving community right now. But I’m far from my family and I obviously can’t see my friends the way I used to, so I’m looking a bit closer to home. How do I become a better neighbor?

I cringed reading your letter, because it brings up a small point of personal shame. Years ago — millennia ago, in coronavirus time — I put together the Ask Umbra Apathy Detox, which was supposed to guide people to become more civically engaged. One of the action items in the guide was to befriend one’s neighbors, in the interest of organizing toward local political change “to rebuild a flawed, fossil-fuel dependent political system from the ground up!”

That was three years ago, and I have barely bonded with a single neighbor in that time, much to my embarrassment. I had some friendly chats with the guy who lived across the hall at my last building, but even when I saw him at the same power yoga studio, I was too overwhelmed with nerves to greet him. And why?? We clearly shared an interest in subjecting ourselves to fast-paced sun salutations and sit-ups in a sweltering room, yet I could not bring myself to take a step toward making him a friend I could have a meaningful conversation with. In my defense, he was wearing very tiny Speedo-like shorts, so maybe that was what made me shy, but regardless I spent the whole class just praying he wouldn’t recognize me with my bangs tied back.

I don’t think I learned the name of even one person who lived in my last building. A pandemic was raging and I was living alone, going absolutely nuts and spiraling into a desperate depression, and I still could not be bothered to reach out and ask, “How are you doing, would you like some of this ridiculous sourdough bread that I spent two entire days making for no reason?” to the person whose showers I could hear from my own bathroom.

Why was this so hard for me? I’m actually a person who makes friends fairly easily; it’s one of my few useful personal characteristics. But there is something about neighbors that seems particularly intimidating. Could it be because the stakes are higher? If things go wrong — if there’s some insurmountable difference and you don’t get along — you can never escape the awkwardness until you move or they do.

There’s also a cultural expectation that you should keep relationships with your neighbor just friendly enough to address necessities in the interest of efficiency. The stereotype of a good neighbor is someone nearby who will check on your plants when you’re out of town, lend you butter for a last-minute recipe, that sort of thing. But this expectation ascribes a sort of inherently transactional nature to the relationship that I regrettably perpetuated in my 2017 advice to befriend your neighbors with the goal of coaxing them into political action.

I may have suffered from the fear that too much warmth or friendliness will lead your neighbors not to respect you or listen when you ask them to make their dog stop barking. I think that’s how many people interpret the well-known saying “Good fences make good neighbors.” But that saying actually stems from disputes over property — fences keep your neighbors from taking land or livestock that legally belongs to you. Robert Frost questioned the spirit of that dictum in his poem “The Mending Wall”:

Spring is the mischief in me, and I wonder

If I could put a notion in his head:

‘Why do they make good neighbors? Isn’t it

Before I built a wall I’d ask to know

What I was walling in or walling out,

And to whom I was like to give offense.

If I had to further psychoanalyze my reticence to bond with my neighbors, it would come down to another housing trend of my generation: impermanence. While millennials have migrated less than previous generations, one analysis of census data found that 45 percent of 25- to 34-year-olds had lived in their home for less than two years, implying that they’re moving around more within the metro areas where they live. Sure enough, I have had eight addresses in the past 10 years. If the expectation is that you’ll move, why invest — emotionally or otherwise — in where you live?

The reason that your question particularly called out to me, LONELY, is that those circumstances are changing for me now: Next week, I am moving into a house that I own, and I plan to stay for, hopefully, a long time. I’m invested! And I have no cows! So I have been thinking a lot about how to form friendly, warm relationships with my neighbors.

I will be trying out the advice that I’m giving to you in real time, and it’s based on that other skill I mentioned: making friends. A friend is someone who, fundamentally, you would care for whenever they needed it, and who would care for you. You, LONELY, are suggesting you’re craving a similar relationship with your neighbor.

And that makes sense! We’re in the midst of a pandemic! And climate change! And systemic racial injustice! Now is not the time to introduce yourself to your neighbors with the goal of getting them to do stuff! No one wants to do anything but make it through the day! We care for our friends because we care about them, not because we want something from them.

I’m not saying you have to bring the same level of commitment to your relationship with your neighbor that you bring to your relationship with your best friend from kindergarten, but I do think that building the relationship on the very simple foundation of “I want this person to be well” is going to yield better results than “I want this person to serve a purpose to me.” Isn’t that kind of the ultimate goal of civic engagement, after all? That you want everyone in your community to be well?

I wish us both luck. In the meantime, please read this really lovely interview from the Atlantic with two single women with a significant age difference who formed a friendship across the hall of their apartment building. It should hopefully offer some inspiration!