It’s Tuesday, February 11, and former adversaries are working together to take care of Oregon’s forests. 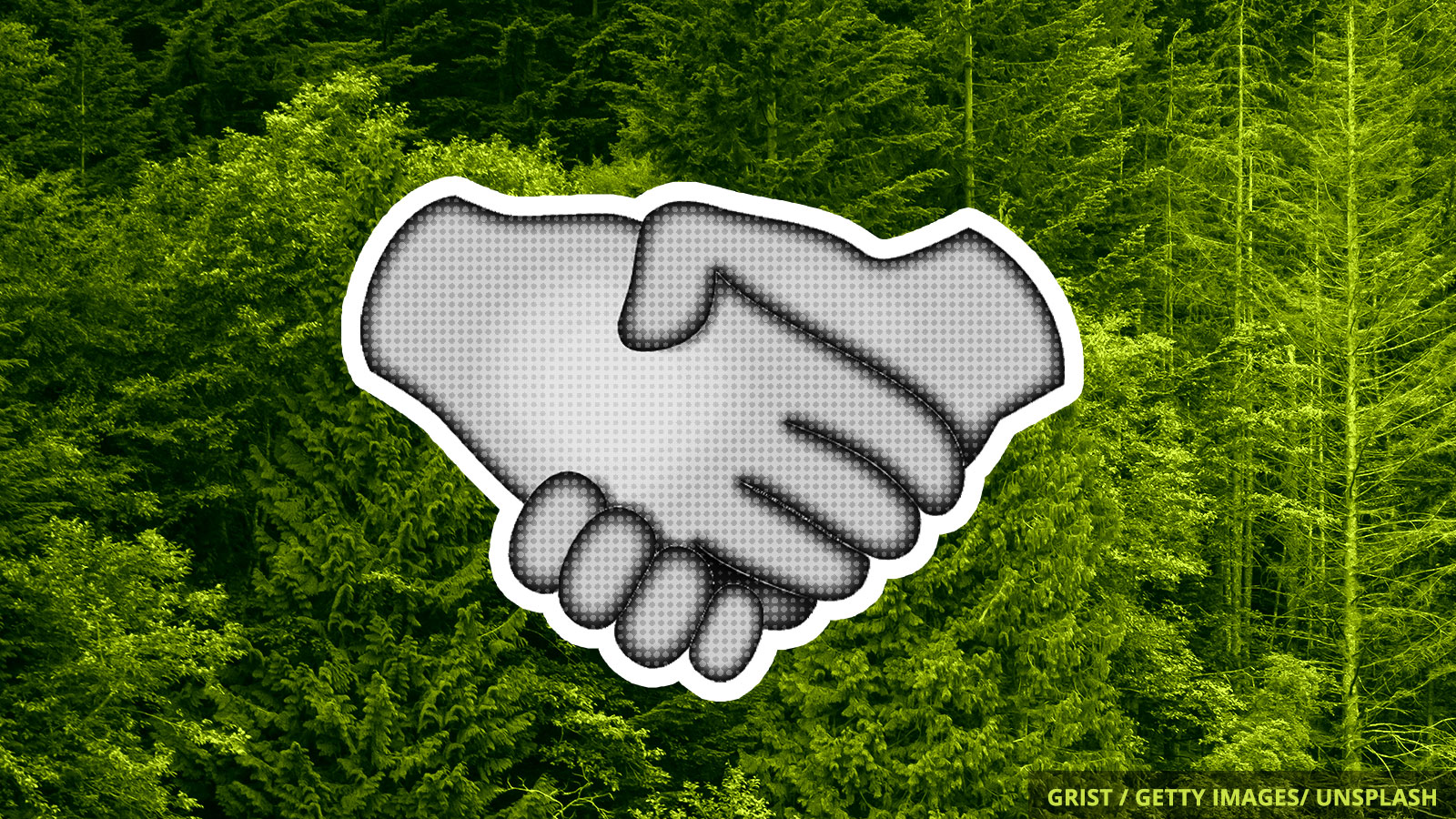 Environmentalists and industry groups are often painted as sworn enemies. Protecting air, water, and endangered species can seem diametrically at odds with the cycle of extracting resources to produce goods. Usually both sides lobby for their interests separately, and the political scales tip one way or the other depending on who’s in office. But a historic pact signed in Oregon on Monday shows that this pattern can be broken.

After decades of tension, Oregon environmental groups and timber companies have agreed to work together to redesign the state’s forest management practices and come up with a new habitat conservation plan.

Previously, environmental groups had pursued stricter protections for forest waters through lawsuits and ballot measures, and logging companies had responded with their own proposal that would compensate landowners if the state restricted logging on their property. Under the agreement, both sides will drop their ballot measures in favor of an 18-month mediated process. Timber companies also agreed to support a bill that will limit aerial pesticide spraying around homes, schools, and streams.

Now begins the hard part. The groups are sure to disagree on some details of what constitutes a science-based plan, but at least now they are sitting at the same table with the goal of reaching a compromise.

More than 47 protesters of a new Canadian gas pipeline that traverses Wet’suwet’en First Nation land were arrested on Monday for blocking ports and railways. The pipeline is meant to transport liquefied natural gas from interior British Columbia to the coast for export to Asia, but protesters have stalled the project for months.

Oil production on U.S. federal lands has hit an all-time high, with more than 1 billion barrels produced last year. Fracking is partly to blame for the boom, but much credit can go to the Trump administration’s Bureau of Land Management. The federal agency has approved drilling applications much faster than it did a few years ago, cutting the wait time for companies by more than half.

More news from the Bureau of Land Management: The agency is fast-tracking a lithium mining permit in Nevada that threatens a rare wildflower. A whistleblower complaint made public last fall details federal back-bending (especially in the West) to accommodate mining interests on public lands, adding up to a “culture of lawlessness.”

The city that never sleeps on a Green New Deal