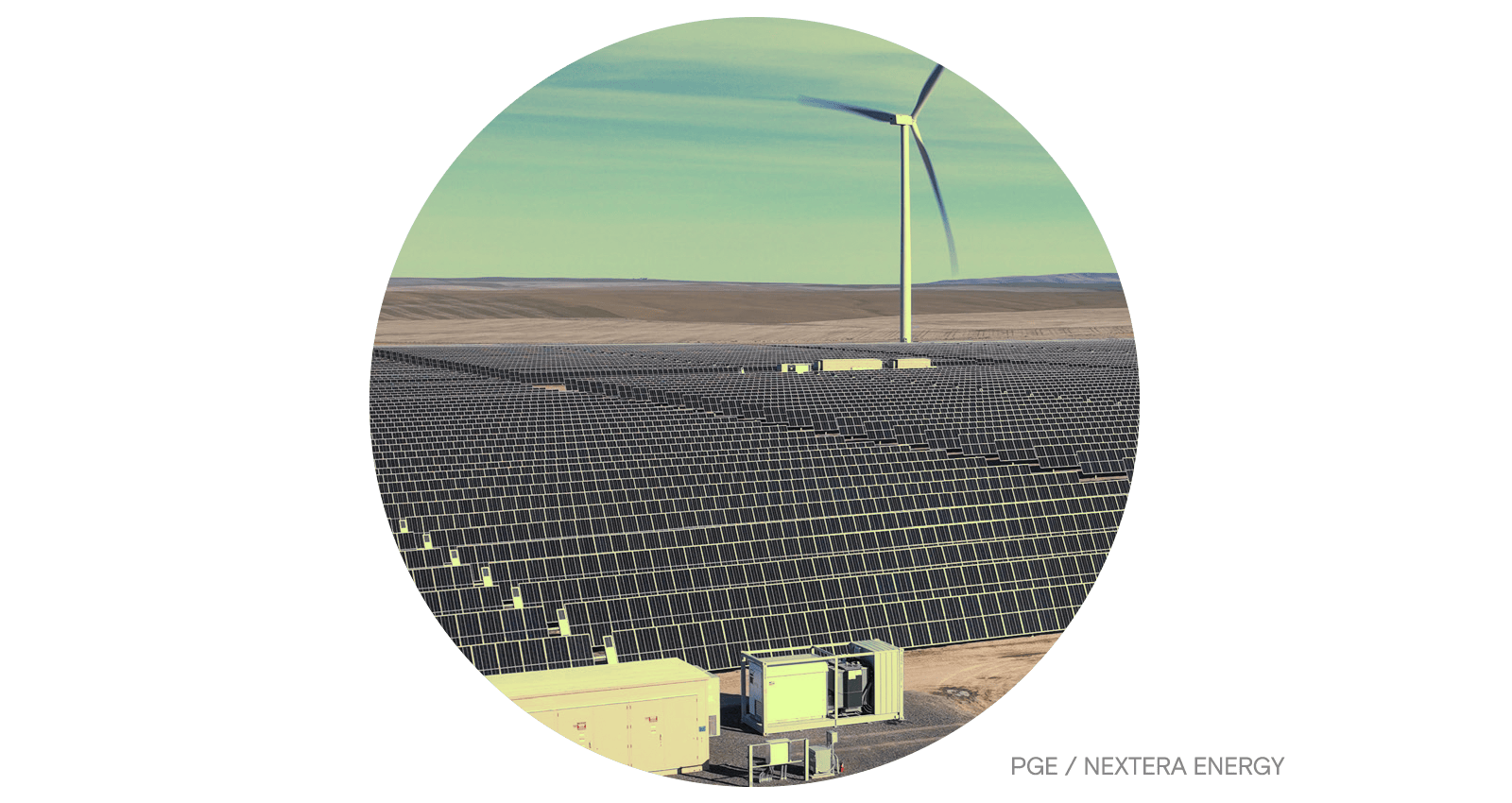 The Wheatridge Renewable Energy Facility, located near the small town of Lexington, represents the country’s first utility-scale project to combine solar power, wind power, and battery storage. The project uses a 50-megawatt solar array and 300 megawatts of wind power to generate emissions-free electricity, then stores up to 120 megawatt-hours of electricity in giant lithium batteries. All told, the project can power about 100,000 homes.

This helps address a critical problem known as intermittency: Unlike fossil fuels, wind and solar can generate electricity only under breezy or sunny conditions, respectively. But battery storage allows renewable power to be deployed on demand, keeping the electricity flowing even when the sky is cloudy and the air is still.

Jason Burwen, vice president of energy storage for the clean-energy advocacy group the American Clean Power Association, said the project could also make it easier for utilities to switch between using solar and wind power as daily weather conditions change. Winds often pick up in the evening as the sun is setting, and “batteries are a great resource to ensure that transition happens smoothly,” he told me.

The Wheatridge project is a partnership between the company NextEra Energy Resources, which owns the facility’s power-generating technologies, and a utility called Portland General Electric, which has pledged to buy electricity from the facility over the next couple of decades. The project is on the cutting edge not only in the U.S. but also internationally: According to Energy Storage News, only a handful of other projects combine solar, wind, and batteries worldwide — one in the Netherlands, for example, as well as others under construction in the U.K. and Australia.

Oregon’s Democratic governor, Kate Brown, commended the Wheatridge project at an inauguration ceremony last week. “The urgency of getting clean energy projects online could not be clearer,” she said in a statement, alluding to the devastating heat waves and wildfires that have racked the Beaver State in recent years.

In Brazil, the world’s largest tropical wetland has been overwhelmed with unprecedented fires and clouds of propaganda
Jill Langlois, Inside Climate News
➤ Read more