It’s Monday, March 16, and a U.S. district court ruled that an old-growth forest should be saved from logging. 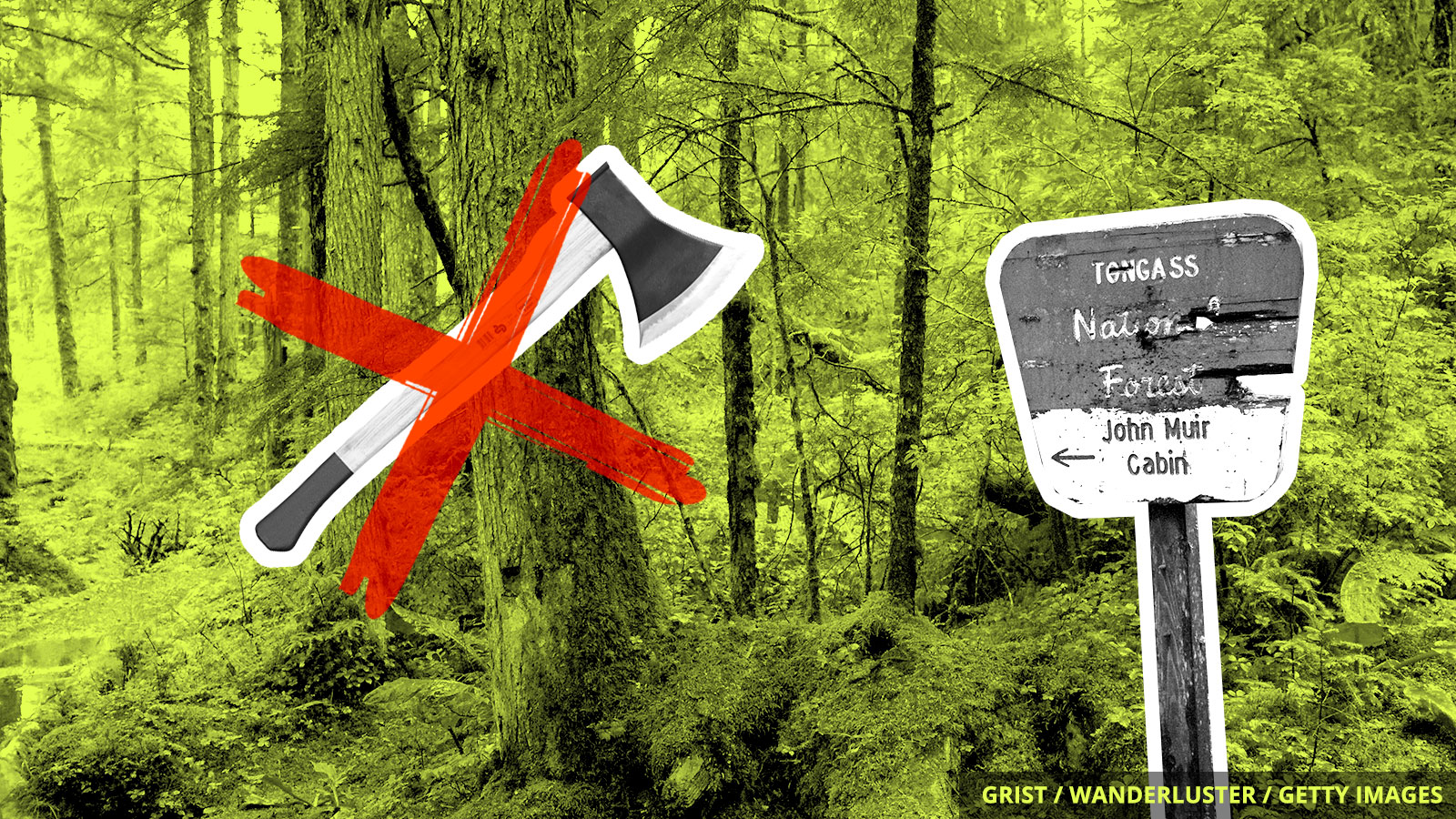 Tongass National Forest, the largest national forest in the United States, stretches across 500 miles of Southeast Alaska, encompassing the state capital of Juneau and the 1,100 islands of the Alexander Archipelago. This crucial wilderness, home to the Tlingit, Haida, and Tsimshian nations, has been threatened under the Trump administration, which moved to lift protections to allow for new logging and road construction in the forest last year.

But last week, a U.S. district court in Alaska ruled against these plans, delaying logging of almost 43,000 acres of forest on Prince of Wales Island. Judge Sharon Gleason cited the National Environmental Policy Act, the country’s most robust environmental protection law, arguing that the Forest Service did not adequately consider the environmental impact of its logging plan.

The plan would have given the Forest Service broad power to approve logging and road construction projects across the entire 1.8 million acre island over the next 15 years, allowing the agency to decide where, exactly, it was going to allow these activities in the future without having to do any additional site-specific environmental review.

Environmental groups that sued the agency over its plan celebrated the verdict. Center for Biological Diversity attorney Ted Zukoski told Bloomberg Environment that the decision will have implications for other projects in the Tongass, as well as in Oregon, Vermont, and other states where the Forest Service is trying to evade site-specific environmental assessments.

Federal scientists announced that December, January, and February were the second-warmest winter months globally since record-keeping began in 1880. Russia had the most severe temperature rise, making this winter its hottest on record. The warmest winter globally was the winter of 2015 to 2016, driven by El Niño conditions.

To boost oil prices, President Trump announced that he will order the federal government to buy up to 92 million barrels of oil to fill up the Strategic Petroleum Reserve. The move is unusual, as the reserve is designed to help out during an oil shortage, not throw a bone to U.S. oil companies.

We told you on Friday about the confirmation of Trump’s Republican nominee, James Danly, to the Federal Energy Regulatory Commission, with no corresponding Democratic nominee to balance the commission ideologically. Well, a watchdog group is raising ethics concerns about Danly’s previous legal work for two energy companies that fall under the commission’s jurisdiction.