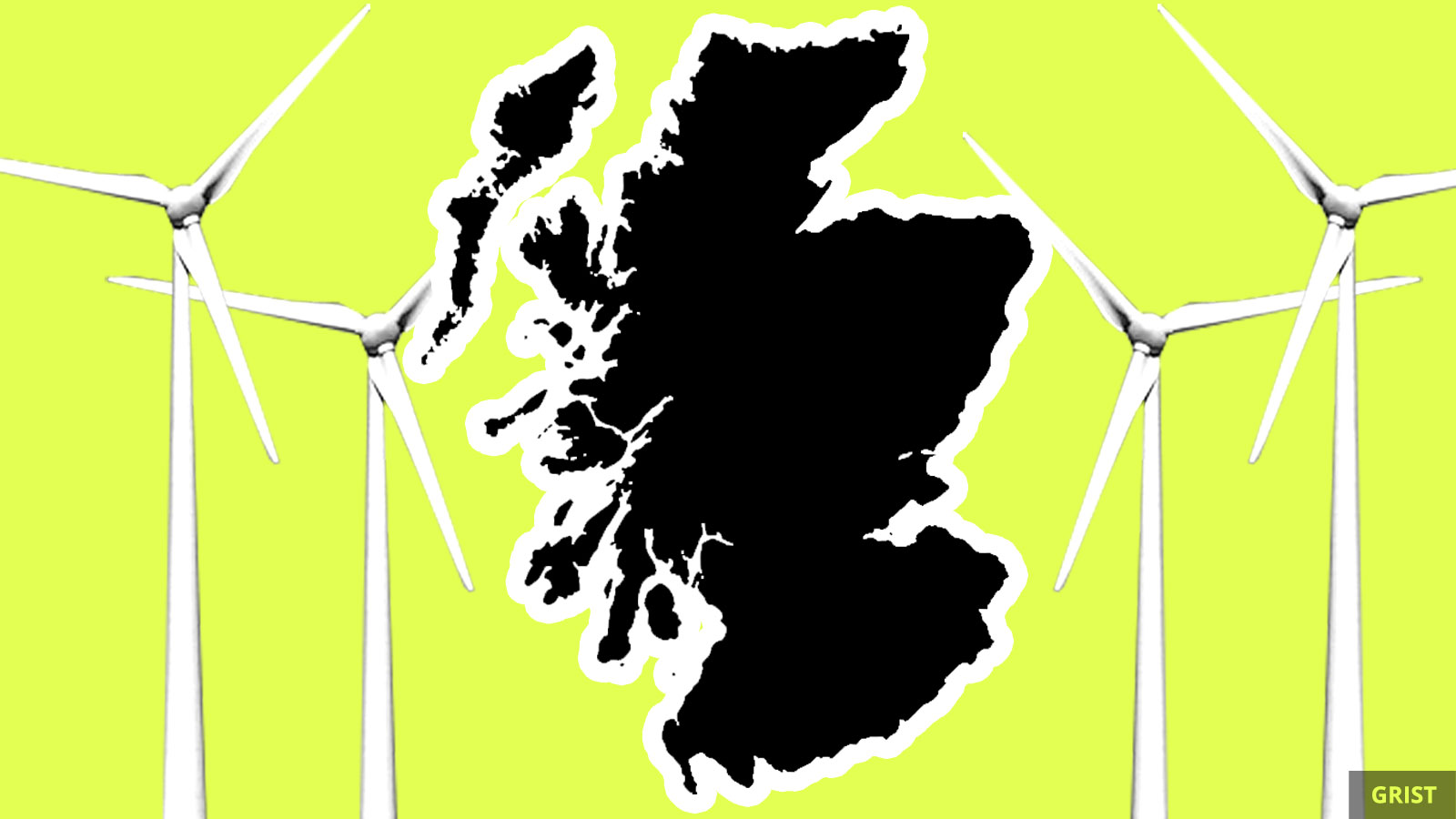 Wind power output in Scotland has hit a 6-month record high, generating enough energy to power nearly 4.5 million homes. That’s twice the number of homes in the country, according to a recent report by WeatherEnergy, a member of a European renewable energy group.

“These figures show harnessing Scotland’s plentiful onshore wind potential can provide clean, green electricity for millions of homes across not only Scotland, but England as well,” said Robin Parker, climate and energy policy manager at the World Wildlife Fund Scotland, in a statement. “It’s about time the U.K. Government stepped up and gave Scottish onshore wind a route to market.”

Scotland had already crushed its self-set interim renewable energy goal of producing half its total electricity with renewables by 2015. The government says the success of the country’s wind program may put the country ahead of schedule (with potential energy to spare to power the north of England) for its target of “almost completely” decarbonizing by 2050.

According to the World Economic Forum, Scotland is now aiming for 100 percent renewable electricity by 2020 (that’s next year, folks!). Talk about wind power, ya ken?

An incoming heatwave is expected to bake two-thirds of the nation through this weekend, with forecasts calling for soaring temperatures across much of the central and eastern United States, the National Weather Service said. Several cities — including Chicago, Detroit, New York City, and Washington, D.C. — are likely to see their highest temperatures of the summer so far, with many spots approaching 100 degrees Fahrenheit over the next few days.

California wildfires now burn 500 percent more land — that’s right, quintuple the area — than they burned in the early ‘70s, according to a new study. The primary driver of the increase is climate change. Last year, blazes completely destroyed entire towns in the Golden State, killing dozens of people and costing over $3 billion in damages.

Oil and gas drilling leases granted by Donald Trump could dump more climate-warming pollution into the air than all 28 European Union countries contribute in a year, according to the Wilderness Society. Since Trump took office, the U.S. has offered up close to 400 million acres of public lands and waters to drilling — an area that’s nearly the size of Alaska.

Keep on the sunny side