Today is Friday, June 22, and West Antarctica’s bedrock is like a Bouncy Castle for ice. 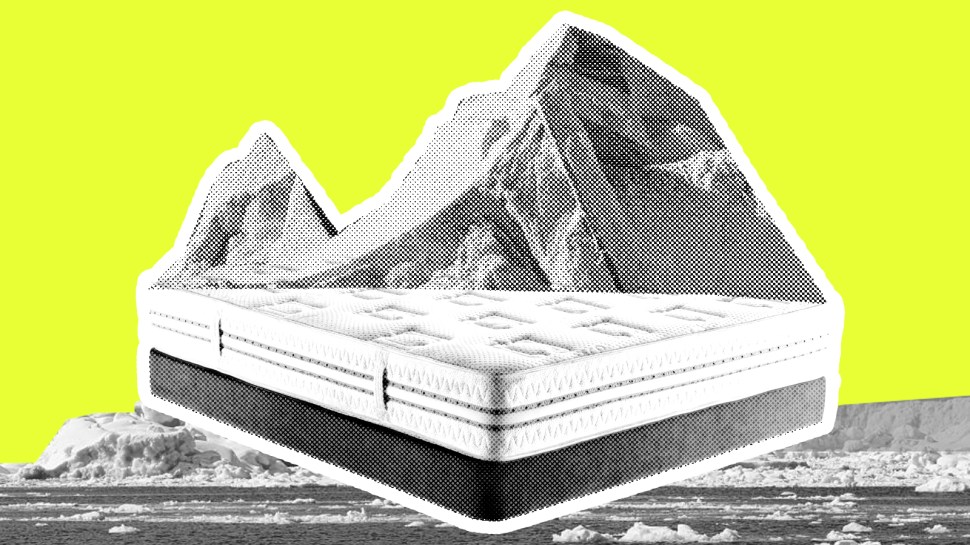 Brace yourself for some good news, finally, about Antarctica’s super-sensitive ice sheet: The rock that serves as its foundation is kind of … bouncy. And that could make the melting glaciers around the South Pole more resilient than scientists previously thought.

Here’s the deal: On the world’s iciest continent, tons and tons of ice have, over millennia, weighed heavy on Earth’s crust. But that ice is melting, exposing the upper portions of glaciers to warmer waters. Yikes!

The good news, as Earther puts it: “Our planet is a deformable ball, and when you remove heavy weight (like a glacier), that ball starts to rebound.” So when the Earth’s surface rises, it actually lifts some ice out of the warming sea –effectively saving it from melting.

A study, published yesterday in the journal Science, highlighted these mattress-like characteristics of the Earth’s surface by analyzing the land under the Amundsen Sea Embayment, an area that contains two massive glaciers. Grist previously reported on what could happen if those glaciers melted: “All over the world, high tides would creep higher, slowly burying every shoreline on the planet, flooding coastal cities and creating hundreds of millions of climate refugees.”

The new study, however, indicates that the rock beneath that ice is rising at the speedy rate of two inches per year. The reason why has to do with its mantle — the layer of Earth between the crust and the core. The mantle of West Antarctica is springier than in other parts of the planet, so it snaps back relatively quickly after being compressed.

“The surprising finding indicates that the ice sheet may stabilize against catastrophic collapse,” the study authors write.

At this point, it’s hard to say how much rising rock can save the glaciers from creeping sea-level rise. But what we now know is that planet-upending glacial collapse could be less imminent than we thought. If that’s not a positive way to start a weekend, I don’t know what is!

Tesla is cutting 9 percent of its workforce, and it looks like a big chunk of that will come from its solar division. The company will close a dozen installation facilities and end its contract selling its panels through Home Depot, according to documents and former employees. The news comes as rumors swirl that the cash-strapped company is facing pressure to turn a profit.

This is bad: A new report says the American oil and gas industry is leaking 60 percent more methane than the EPA previously estimated. Meanwhile, the Trump administration wants to soften rules to contain methane leakage from natural gas operations. While natural gas produces half the CO2 that coal does, methane “can warm the planet more than 80 times as much.”

Another day, another attempt by the Trump administration to stifle scientific expertise! A new order from the White House requires federal scientists with the U.S. Geological Survey to get permission from their parent agency, the Department of the Interior, before talking to the press.

Before we go any further, we must give our very own Eve Andrews a shout out for winning “Best Column” at the Society of Professional Journalists’ Northwest Excellence in Journalism awards (say that five times fast!). Eve is the wizard behind our Ask Umbra column. Claps for Eve!

She also wrote this week’s cover story which I’m going to suggest for this week’s reading recommendation: Woman, scientist, climate advocate: Can you be all three?

Jesse Nichols suggests you listen to this episode of Planet Money: The World’s Biggest Battery

Matt Craft, Grist senior editor, recommends you give this a read: The Endline: Watching a Species Vanish in Real Time

And, finally, a book recommendation from news editor Kate Yoder: The Argument Culture: Moving from Debate to Dialogue, by linguist Deborah Tannen. “It’s about how war metaphors have taken over our thoughts and make us approach everything we want to accomplish as if it’s a fight between two sides,” Kate explains. “The book’s not about climate change, but you’ll draw a ton of connections if you read it.”

Have a great weekend!

These states are doing Scott Pruitt’s job for him