Today is Thursday, June 21, and these states are doing Scott Pruitt’s job for him. 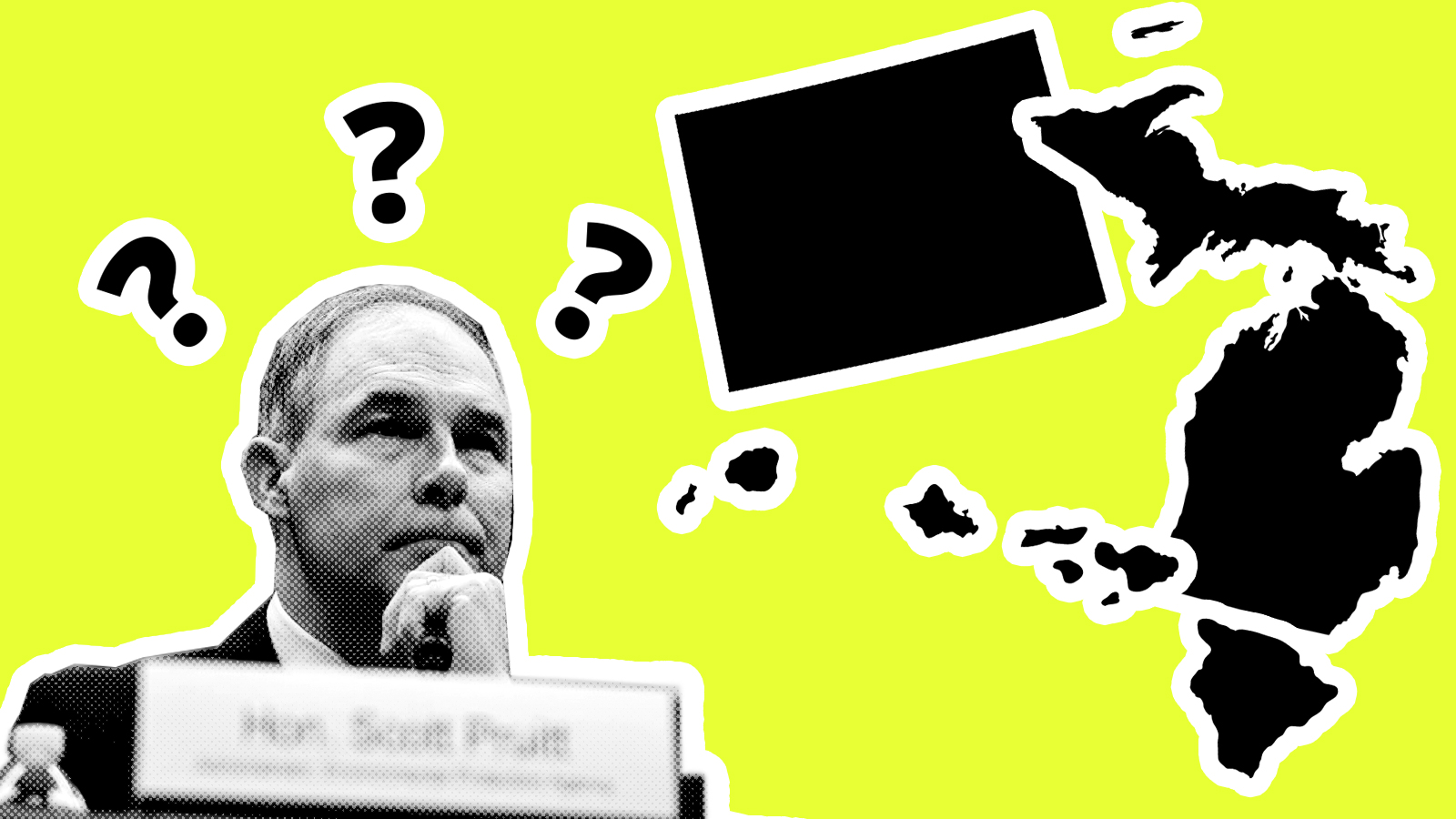 Look, Trump’s EPA isn’t particularly gung ho about the environmental protection part of its mission right now, though it’s doing an OK job of being … an agency. A few states seem to have realized that the Trump administration isn’t going to change its tune on the environment anytime soon, so they’re stepping up.

Unless you’ve been living under a rock, you know that Flint, Michigan, has a drinking water crisis. A hundred thousand residents have been exposed to high levels of lead for the past (*checks notes*) four years. The EPA has a regulation in place called the Lead and Copper Rule that is supposed to enforce state standards of safe drinking water in American cities, but it’s incredibly lax and updates to the rule have been stalled by America’s No. 1 grinch, Mr. Scott Pruitt. Well, Michigan has had enough. The state’s Republican Governor Rick Snyder announced last week that public water utilities will have to get rid of all 500,000 leaden service lines and replace them with non-toxic ones. The process will take 20 years beginning in 2021.

And here’s some good news from the Aloha State! Hawaii recently became the first state in the nation to ban chlorpyrifos, a pesticide that is impossible to pronounce and also causes brain damage in farmworkers and kids. The EPA moved to ban the chemical in 2015 — a decision the new administrator quickly reversed. Governor David Ige, a Democrat, signed a law last Wednesday banning the stuff starting in 2019. “We must protect our communities from potentially harmful chemicals,” Ige said in a news release.

Three months ago, the EPA announced it wouldn’t be enforcing the car fuel and emissions standards implemented by the Obama administration. California immediately rebuffed that plan and implemented its own set of standards. Now, Colorado is joining the Golden State. On Tuesday, Democratic Governor John Hickenlooper said Colorado would be the 14th state to adopt stricter car pollution rules.

Pruitt must be getting sick of seeing all those middle fingers!

Republican senators are making a stink over National Science Foundation grants that go toward educating TV meteorologists about climate change. The senators claim the Climate Central program “is not science — it is propagandizing.” (Full disclosure: The CEO of Climate Central is on Grist’s board.) Meanwhile, back in Michigan, conservatives are trying to cut references to climate change from the state’s school curriculum. Thanks, Republicans!

Climate change plays a key role in forcing people in Central America to leave their home countries. The Dry Corridor, made up of Guatemala, El Salvador, and Honduras, has faced extreme weather resulting in an agricultural crisis that has left 3.5 million people food-insecure and seeking refuge at our southern border.

As much as I don’t want to do this, there’s more drama out of the EPA that is worth sharing. Pruitt has spent more than $4.6 million on security, which is $1.1 million more than his total security costs from just a month ago. One of the items listed under expenditures is — wait for it — “tactical pants and polos,” totaling $2,749.62. Tactical. Pants.

It’s the first day of summer! Beach days! Ice cream! Record high heat and devastating rainfall! If the last few years are any indication, this summer could be an all-time high scorcher. And while ACs are true bliss and long, cold showers a blessing, they harm the planet. We want to hear how you keep cool without fossil fuels. Is it a strong margarita in the shade? Or lying on the cold cement floor in your basement? Let us know! Stay cool, friends.

There’s a new tax in town