Apple wants to recycle your old iPhone so badly that it built a robot to do the job.

The company introduced Liam to the world earlier this year in a slick promotional video. He’s got 29 arms and can disassemble an old phone in 11 seconds flat, breaking it down into assorted bins of screens, screws, SIM card trays, and spare batteries.

Liam can take apart 1.2 million iPhones a year, and Apple created a special program for customers — called Renew — to keep him busy. Besides your phone, the company will happily take your iPods and Pads, your Bluetooth keyboards, your now-defunct wired earbuds, your dongles and adaptors and fraying power cords, all for the sweet, sweet price of free.

Sounds great, right? Once Liam has taken a phone to pieces, Apple sells the components to recyclers. It’s billed as a clean system from a company publicly touting greater environmental accountability: Potentially dangerous lithium batteries can be dealt with on their own, while valuable metals are concentrated for recycling.

But there’s a commercial interest at work here, too, and — sorry Liam — handing your old devices over to the company that made them might not be the best option for you or the planet. Because Apple has a proprietary interest in keeping decommissioned or counterfeit iPhones off the market, it imposes a “full-destruction” policy on its recycling partners — which means that some components that could be reused wind up destroyed instead. That’s quite a waste.

When Apple destroys your old device, plenty of perfectly functional computer processing chips and cameras that could live on — whether in refurbished phones, toy pianos, hobby drones, or smart appliances — get melted down. Screens that could have replaced cracked ones, lending a few years of life to an older phone, are pulverized, and the trace amounts of the minerals that make them work are lost as so much dust.

What’s more, all the energy that went into mining, refining, manufacturing, shipping, and assembling those materials evaporates. According to Apple’s latest environmental responsibility report, the average Apple product takes 252 pounds of CO2 to make — and 77 percent of the company’s total greenhouse gas production comes from manufacturing.

The Renew approach is better than letting electronics, with their resource-intensive combination of precious metals and finely-wrought technology, sit in a drawer or a landfill. And the company is ahead of the curve when it comes to taking responsibility for the waste stream generated each time the company releases a new phone.

But when you find your smartphone getting on in years, there’s a better option than giving it to a robot.

Recycling electronics has always been messy, and it’s only getting messier as our devices get smaller and more complicated. There are more than 70 different elements in a modern smartphone — that’s nearly two-thirds of the periodic table in the palm of your hand.

Those materials have been extracted from raw earth and refined through processes and supply chains that wrap the globe. There’s gold and copper in the body and circuitry of the iPhone. There’s lithium and cobalt in the battery, and neodymium, a “rare-earth element,” in the magnets that make it hum and buzz. Indium forms a transparent conductive layer on the touchscreen, europium produces the red color of your screen display, and so on.

“We interact with these metals all the time, without thinking about it,” says David Abraham, leader of the policy think tank Technology, Rare and Electronics Materials Center and a former commodities trader. In his 2015 book The Elements of Power, Abraham points out that mining all those elements from scratch takes a lot of energy — but so does recycling them. 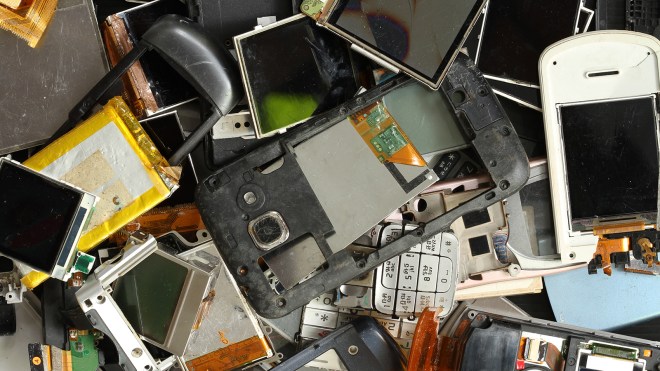 When it comes to something as complicated as a smartphone, only a fraction of the total material can ever be reclaimed. Typically, the parts are separated — often by shredding the whole thing — and the pieces are sorted, so the valuable materials can be sifted out and resold wholesale. These are primarily gold and other precious metals: materials with enough market value to justify the time and effort spent salvaging them.

But shredding smartphones to get at the gold inside is not ideal; a lot of material is lost when it’s ground up and mixed together. You can take electronics apart by hand, but that’s expensive, not to mention potentially unsafe. Lithium batteries, for example, are prone to exploding and can leach into soil and water if improperly discarded. For substances that occur in very small amounts or are tricky to refashion — like plastics or certain metal alloys — no matter how carefully you treat them, it’s often cheaper just to start from scratch.

In all, the modern iPhone contains twice as many different materials as an early cellphone, says Tedd Lister, a researcher at the Critical Materials Institute and Idaho National Laboratory. That makes them much harder to recycle, let alone repair.

“You can’t separate the technology to do things from the economics to do things,” Lister points out. His work focuses on finding better ways to recover materials like rare-earth elements, present only in trace amounts throughout a single piece of technology. “You can recycle just about anything you want,” he says, assuming you’re willing to pay for it. Unsurprisingly, most people aren’t.

But it didn’t used to be this way. “Gameboys were modular — you could take out the game, or take out the battery,” David Abraham points out. With the iPhone, we turned away from that kind of technology: “We’re creating products that have a definitive life by choice.” 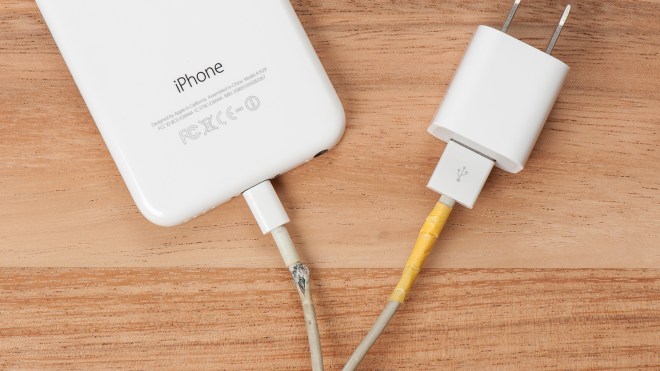 So what’s better than recycling? Start with the other two of three “Rs” — reduce and reuse.

“Don’t buy a new iPhone,” Abraham says. “Replace your iPhone’s screen and battery and whatever else you can replace, until it is truly broken.”

Even then, “there is someone who wants your phone,” promises Adam Minter, author of Junkyard Planet and an expert in the convoluted, intestinal loops of supply and demand that make up the global recycling industry. No matter how dinged or unshiny it seems to you, the market for used phones is voracious in China, in Southeast Asia, and in Africa. “The recycling-first mindset is an environmentally destructive mindset,” Minter says.

This is where Apple’s Renew program falls short. In all, Apple claims it diverted 89 million pounds of e-waste from landfills and recovered 61 million pounds of reusable material through take-back programs in 2015. By weight, that’s the equivalent of 215 million iPhone 6s, or 20 million MacBook Pros.

But how that material is recovered matters a lot. In a keynote presentation introducing Liam, Apple’s VP of environment issues, former EPA Administrator Lisa Jackson, said “most devices turned in for upgrade get reused.” But Apple doesn’t release statistics on the reuse versus recycling rates of the Renew program, so there’s no way to know for sure. One study of refurbished phone markets found that around 65 percent of phones are reused in the U.S. (Apple declined to comment on this story, but pointed out that Liam is just one test of how to recover the valuable materials in our electronics and more work remains to be done.)

Then there’s pure hard economics. You can do better than Apple when it comes to ditching your old phone, Minter promises. The store credit offered for qualifying devices — nothing older than an iPhone 5 at the moment — is well below the market value.

When I was looking to ditch my standard-issue iPhone 5, Apple offered me a $50 gift card. The same phone could fetch $100 to $200 on the secondhand market.

Only once you’ve stripped an electronic device of every salvageable part, Minter says, can you start talking about recycling. Then, he’s a big believer in recycling: “To this day, the worst recycling I’ve ever seen is still better than the best mining or clearcut.”

The Earth’s supply of metals and minerals that power our electronic lives is finite. We’ll need to extend the lives of the objects we use and figure out how to give new life to their components when they die.

So although Liam’s 11-second phone breakdown trick looks good on camera — and may still play a role in the lifecycle of our electronics in the future — the better option is to keep your phone away from all 29 of his arms as long as possible.