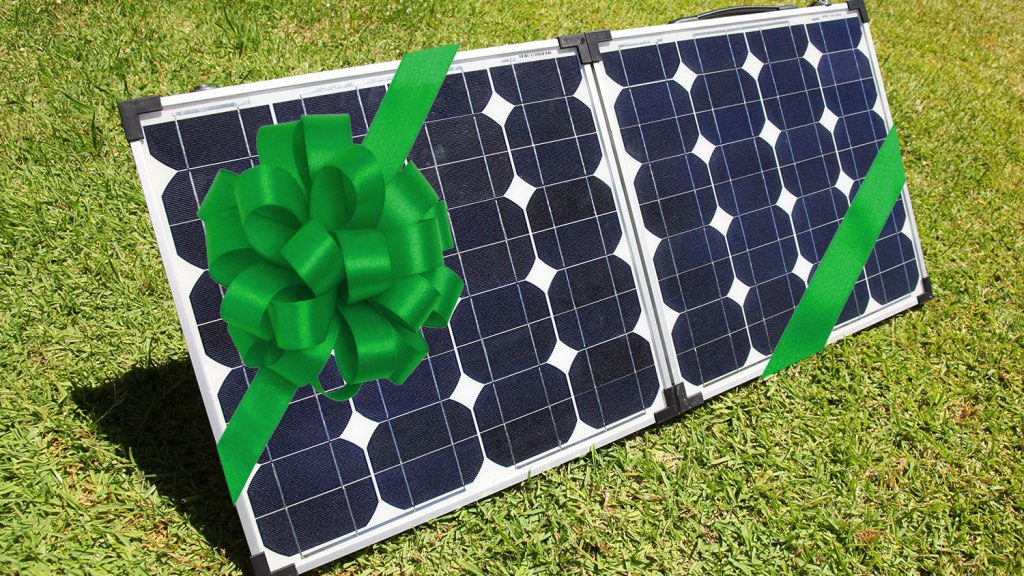 Grist / Shutterstock
The dirty side of selling clean energy

It sounds like a joke about low pay for environmental journalists: Will work for solar panels.

But last week a marketing consultant offered me a solar panel if I promoted one of his clients. Here’s the key part of an email I received last week from Jason Metz, president of Brand Influencers, a marketing strategy firm:

I’m currently working with … CloudSolar, [which] just launched their first crowd-funded centralized solar energy farm. Anybody anywhere can invest in solar panels through this centralized location without having to install panels on their own homes. They will contribute directly to the local power grid and reap investment income for 25 years.

I believe CloudSolar represents the future of solar energy. And I would like to invite you to join me in spreading the word and getting folks excited about the opportunity. In exchange, I will give you – completely free of charge – a solar panel plus 25-year warranty / investment revenues from the panel. This is not a payoff – I’m asking you to invest a bit of your time in driving folks to the CloudSolar Indiegogo page, and you deserve to be compensated fairly.

Please let me know if you’d like to join forces, or simply chat further. I respect your voice and would love to have you on board.

A free solar panel! How generous. Get paid to help the Earth, and all I’d have to give up is my journalistic integrity.

So what exactly would I need to produce to reap my reward? I emailed to ask, and here are the highlights from Metz’s response:

at least 1 piece of content … that show[s] how solar energy could impact your life for the better … We’d like for you to include a simple call to action encouraging folks to check out CloudSolar’s revolutionary solar farm initiative and visit their IndieGogo page to get involved with the solar revolution.

And then one more bit of clarification from Metz:

I would not tell you what to say obviously – just provide you with the info and then you’d spin it as you saw fit, to keep it consistent with Grist’s tone and voice and humor.

At least he learned enough about Grist to know that we try to have a little fun — though not enough to know that we’re a journalism outlet that doesn’t do payola. (Also, his initial “I respect your voice” claim started to seem a little insincere when I found out he had sent identical emails to some of my Grist colleagues.)

CloudSolar is selling these solar panels for $750, but buyers don’t get a physical panel of their own. They get a contract entitling them to a share of the revenue generated by the panel, projected to be $1,800 over 25 years. Not a bad payout for one article, but if I were to sell my professional reputation, I would hope it would be worth at least a Prius or a wind turbine.

Being able to buy a solar panel when you don’t have a roof to put it on is a cool idea, though companies like Mosaic are already allowing regular people to invest in solar panels without actually buying them for themselves. But using solar panels as a form of payola — that probably is a real first.

When I told Metz I’d be doing this story and interviewed him by phone, he said he would never knowingly try to bribe journalists. “We did not reach out to you thinking or knowing that you are a journalist,” said Metz. “We saw Grist as a blog like any other blog. We’re not a PR agency. We don’t work with journalists. We work with social media personalities who typically charge.” (The Brand Influencers website offers examples of this kind of content created for past campaigns.) And indeed, most of the people Metz reached out to on Twitter on behalf of CloudSolar are not journalists (although quite a few are authors), but rather call themselves things like “#SocialMedia Influencer” or “Social Media Thought Leader.” But one, Jeff Jarvis, teaches at the City University of New York journalism school and identifies himself on Twitter as a j-school prof. (Jarvis told me he reported Metz’s tweet as spam.)

Three journalists who have written about CloudSolar’s launch — Callum Borchers of The Boston Globe, Adele Peters of Fast Company, and Derek Markham of TreeHugger – said they were never approached by Metz or offered anything by CloudSolar.

CloudSolar CEO Michael Sun told me that while his company had approved the offer of a solar panel to “bloggers” in exchange for promotion, it expected recipients would disclose the relationship, as required by the Federal Trade Commission. He also said CloudSolar did not approve making offers to any “traditional media.” Sun, who says he’s a Grist reader, puts us in the latter category. His marketing consultant, however, did not.

Whatever Metz’s or Sun’s intentions, the offer was made. Metz says he did not know, and should not have been expected to know, that he was approaching journalists when he emailed Grist writers and editors at their Grist addresses that he found on Grist.org. “We did not look at you as somebody who is actually a journalist or in the media at all,” he told me. “If we knew that you are a journalist we wouldn’t reach out to you.” But he should have known, because I clarified in an email that Grist is an “online magazine.” I even asked Metz via email, “Have any other journalists done posts for this campaign?” His response wasn’t, “There has been a misunderstanding. This offer isn’t intended for journalists.” Instead he replied, “I will follow up with you shortly about our collaboration,” and then introduced me to Sun so that he could “share more details about the CloudSolar project with you and the folks at Grist.”

Anyone who contacts writers and editors with an offer or request should know who we are and what we do. Grist’s About page describes us as a source of “environmental news.” Our staffers’ journalistic careers are summarized on our team page, and you can Google us to see other media outlets we’ve worked and written for. An article in Time praising Grist’s “real reporting and analytical journalism” is quoted on our Wikipedia page, right above a list of journalism awards our coverage has earned. Hell, you can just look at Grist’s Twitter account, which identifies us as “an online news organization.” All this information is publicly available, and it can be discovered in under a minute by anyone with an internet connection.

Perhaps Brand Influencers thought Grist might take this offer because we would feel it is a virtuous contribution to building the clean energy economy instead of the unethical payoff that it is. Who knows how many other marketing firms out there are doing the same thing? Metz described his business to me this way: “It’s not a direct compensation model. We create experiences for

and they talk about that experience.” In this case, the experience would be collecting checks. But even if it were putting a solar panel on your roof, that wouldn’t change its essential nature.