Can a new startup lead the charge for better, cheaper batteries? 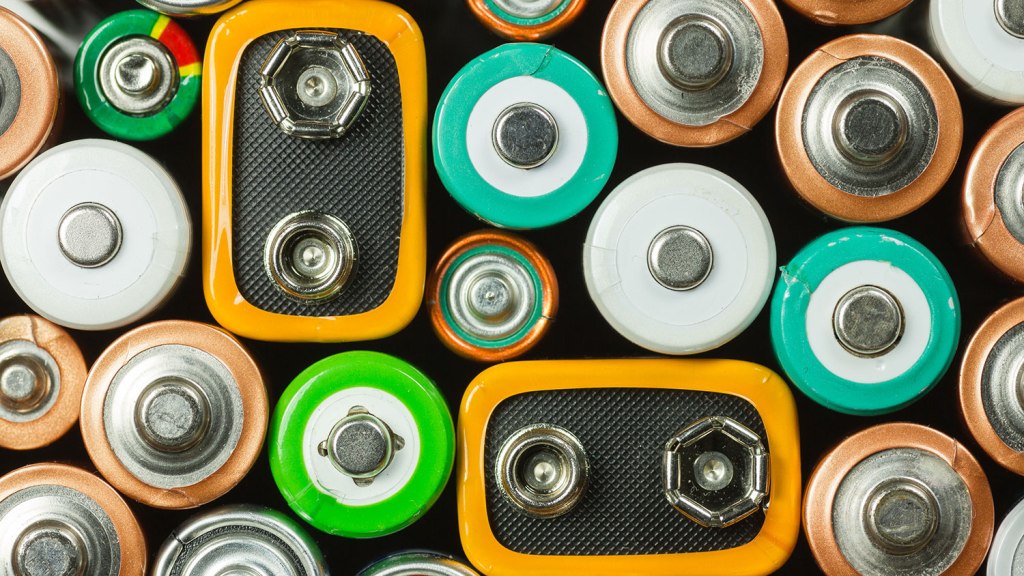 Can a new startup lead the charge for better, cheaper batteries?

On Monday, June 22, 24M, a lithium-ion battery startup led by the MIT-based scientist Yet-Ming Chiang, announced that it has solved “the critical, decades-old challenge associated with the world’s preferred form of energy storage” — the challenge that, as Elon Musk and so many others have put it, “batteries suck.”

Over the last 50 years, computers have gone from filling an entire room to squeezing into a device smaller than a deck of playing cards. Batteries, however, have improved slowly and incrementally, limited by the physical realities of the chemical reactions inside the battery itself. (Ions may not take up much space, but they do take up some.) There have been no “Moore’s Law”-style exponential breakthroughs in terms of how powerful batteries are, how much energy they can store, or how much they cost.

Today’s lithium-ion batteries cost about $500 per kilowatt-hour to produce. Tesla claims their batteries, which are manufactured by Panasonic, cost more like $200-$300 per kilowatt-hour, but there is some doubt as to whether that is actually true. Tesla is building a gigafactory in the Nevada desert for many reasons. One of them, surely, is that it is extremely satisfying to say “gigafactory” over and over. But the main reason is to achieve economy of scale in battery production: a very, very large factory could streamline the process. Musk claims that the factory will be able to produce lithium-ion batteries for about $175 per kilowatt hour by 2017 — just in time for Tesla to introduce its Model III, the $35,000 budget version of its electric car.

24M says it has made breakthroughs in battery design and manufacturing techniques that will bring manufacturing costs down to $100 per kilowatt-hour by 2020. This $100 per kilowatt-hour target is the holy grail to battery people. At that price, an electric car could compete on the sales floor for roughly as much as a gasoline-powered one; laptops and cellphones could run for days without recharging; and we would all walk hand in hand into a renewable energy utopia, more or less.

On the same day that 24M made their announcement, Quartz published a laudatory, long-form article about the company that described its breakthrough this way: Most battery research has focused on the science of the battery itself, and left figuring out how to actually mass-produce said battery to someone else. 24M was once this kind of a startup, but after a failed attempt to design a new kind of lithium battery, it began looking into how batteries are actually produced. As it turned out, the manufacturing process employed facilities and techniques originally designed for a completely different product.

The rise of lithium-ion chemistry in the early 1990s owes a lot to the peak and slow decline of two big consumer technologies — magnetic audio tape and nickel cadmium batteries. These two collided in the Camcorder, Sony’s entry into the nascent market for lightweight video cameras.

Sony realized that, if video cameras were to take off, they needed both to shrink — to more or less fit snugly into a consumer’s hand — and to last longer on a single charge. The only way to accomplish that was to find a far more powerful, smaller battery.

But Sony also had to quickly figure out how to manufacture this new kind of battery on a commercial scale. Providence stepped in: As it happened, increasingly popular compact discs were beginning to erode the market for cassette tapes, of which Sony was also a major manufacturer. The tapes were made on long manufacturing lines that coated a film with a magnetic slurry, dried it, cut it into long strips, and rolled it up. Looking around the company, Sony’s lithium-ion managers now noticed much of this equipment, and its technicians, standing idle.

It turned out that the very same equipment could also be used for making lithium-ion batteries. These too could be made by coating a slurry on to a film, then drying and cutting it. In this case the result isn’t magnetic tape, but battery electrodes.

This equipment, and those technicians, became the backbone of the world’s first lithium-ion battery manufacturing plant, and the model for how they have been made ever since. Today, factories operating on identical principles are turning out every commercial lithium-ion battery on the planet.

For Sony, the idle magnetic tape machines were a piece of good fortune. But Chiang regarded them as an ungainly legacy.

So: Will this work? Will speed and ease of manufacturing be the breakthrough that will bring down the price of batteries (and, by extension, the cost of solar power and other renewables?) 24M doesn’t plan to be actually selling its lithium-ion battery-manufacturing machines until two years from now. There’s a lot that can happen in those two years between “we discovered this amazing thing” and “we’re making and selling this amazing thing.”

There’s also the matter of “We’re making and selling this amazing thing that people actually want to buy.” The first machine 24M is planning to sell will make large batteries that will be used to provide backup power to businesses, neighborhoods and utilities, rather than cars or computers or cellphones. And a battery-factory building boom over the last decade means that there might not be much of a market for newfangled battery-building technology — even if it’s awesome. Wrote MIT’s Technology Review:

Energy storage demand is soaring — for vehicles, for power grids, and for residences with distributed renewable generation, such as rooftop solar arrays. Capacity in the United States is expected to more than triple this year, and rapid growth will continue through the end of the decade, according to GTM Research. That means that demand for a less expensive, more efficient technology should be robust. But the building boom of the previous decade means there’s also excess manufacturing capacity available to supply that market. LG Chem’s plant in Holland, Michigan, which makes batteries for the Chevrolet Volt and the Cadillac ELR, currently operates at about 30 percent of capacity, according to CEO Prabhakar Patil.

Then there’s Tesla’s Gigafactory. The giant Nevada plant will produce 35 gigawatt-hours’ worth of batteries a year, dwarfing any previous manufacturing ventures for lithium-ion batteries. Meanwhile, improvements in the manufacturing of conventional lithium-ion batteries are reducing the cost per kilowatt-hour of existing systems — even as research into next-generation chemistries, such as lithium-sulfur and lithium-air, continues at institutions around the world. In short, 24M is attempting to transform a worldwide manufacturing industry in which established players with deep pockets are investing hundreds of millions in the expansion of existing processes. That’s a tough road even for a startup with a novel and exciting technology.

An earlier battery startup run by Chiang, A123 Systems, ran into similar problems once it got to the actual manufacturing stage. Wrote Yahoo Autos, back in 2012:

A123 was never able to turn the promise of its creation by MIT students and faculty into real-world products. It lost out on supplying batteries for the Chevrolet Volt to South Korea’s LG Chem, with General Motors executives at the time citing the more established firm as a safer bet. A123 did eventually win a GM contract for batteries in the upcoming Chevrolet Spark EV, but that wasn’t expected to be a high-volume model.

A123’s biggest bet lay with Fisker Automotive, and when the Fisker Karma suffered a series of launch delays and sales far below expectations, A123’s finances began to take a hit. The company also had to spend $66 million on a recall of its Karma battery packs in 2011 due to a charging defect. While it tried to find other uses for its batteries outside the auto industry, none came close to generating the kind of revenue a major automotive supply contract might.

In other words, building a better mousetrap may not be enough. You’ve also got to sell that mousetrap in a world that has already built a ton of mousetrap factories. Good news for mousetrap buyers; less so for manufacturers.

Last year, when another battery startup, EEStor, failed to get a reliable product to market after seven years of promises, Grist pointed out that many of the real advances in the cost of reliable renewable technology in the last few decades have come because of political, economic, and social changes, like streamlining regulations around solar installation, rather than because of major technological breakthroughs. 24M’s new battery-making machine could still prove revolutionary. But there’s more than one way to make a revolution.