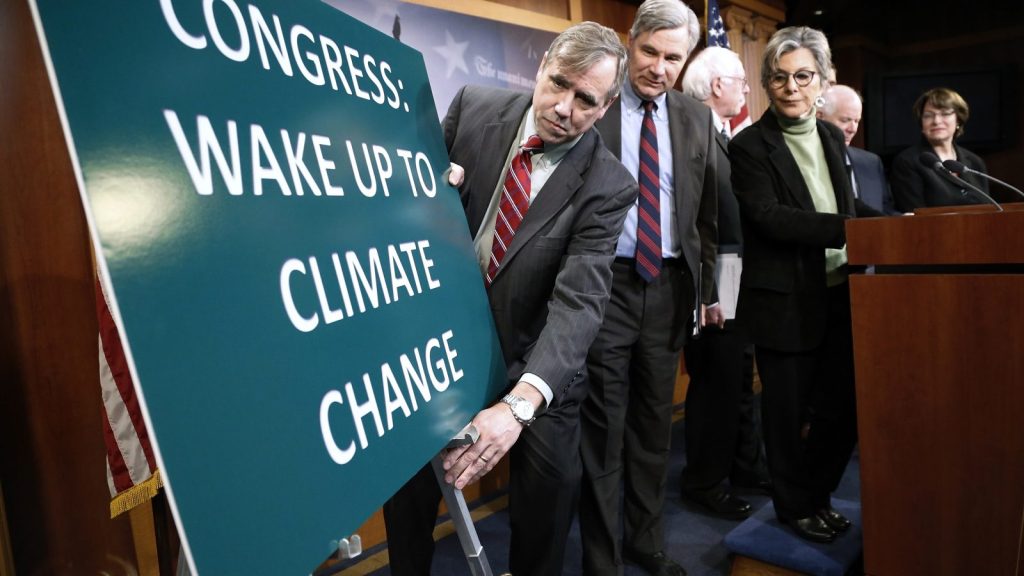 Sen. Sheldon Whitehouse (D-R.I.) gave readers an inside look at how Washington lobbyists fight climate change in an op-ed in Forbes on Tuesday — and the reality is grim, although not entirely surprising.

The answer is, simply: They don’t. Sen. Whitehouse writes that even the industries that work to protect the environment and those that depend on natural resources for survival utterly fail to lobby on behalf of climate progress. This includes lobbyists for technology, insurance, and — most bizarrely — renewable energy.

Sen. Whitehouse singles out TechNet, which represents the interests of technology giants like Apple, Amazon, Google, and Facebook, as well as some of nation’s largest clean energy providers. On TechNet’s laundry list of of issues on which they’d like to see Congress take action, climate change is nowhere to be found. “Washington’s dirty secret,” Whitehouse writes, “is that even the American companies that are really good on sustainability put net zero effort into lobbying Congress on climate change.”

Here’s another example from his op-ed:

Coca-Cola and PepsiCo are terrific climate companies in virtually every way, but they lobby through the American Beverage Association, which is moribund on climate. When something important to the soda industry comes up, like killing a soda tax to pay for healthcare, the Association will lobby like crazy. But on climate — nothing.

Worse, the Association is a member of the board of the U.S. Chamber of Commerce, which is such a relentless foe of any climate action that it should more properly be called the U.S. Chamber of Carbon. Thus the lobbying effect in Congress of these two otherwise terrific companies goes net negative; the lobbying they support actually runs against their stated positions on sustainability and climate. The major business lobby groups — the National Association of Manufacturers, the National Federation of Independent Businesses and the Farm Bureau — have all been coopted by fossil fuel interests, so any corporation with good climate policies lobbying through them has this same predicament.

It’s a problem — maybe an inevitable one in the age of Citizens United — when the interests of corporations surpass those of ordinary people.

But with that power, corporations do have the ability the make positive change in the world: We saw this last year in Indiana, when Gov. Mike Pence (R) backtracked on an anti-gay law. Pence did this not because people were signing petitions and holding drum circles, but because companies like Apple, Angie’s List, and Walmart threatened to take their business out of state.

Big business may be the perpetrator of an impending climate crisis, but, as Sen. Whitehouse points out, it could also be the solution to it.