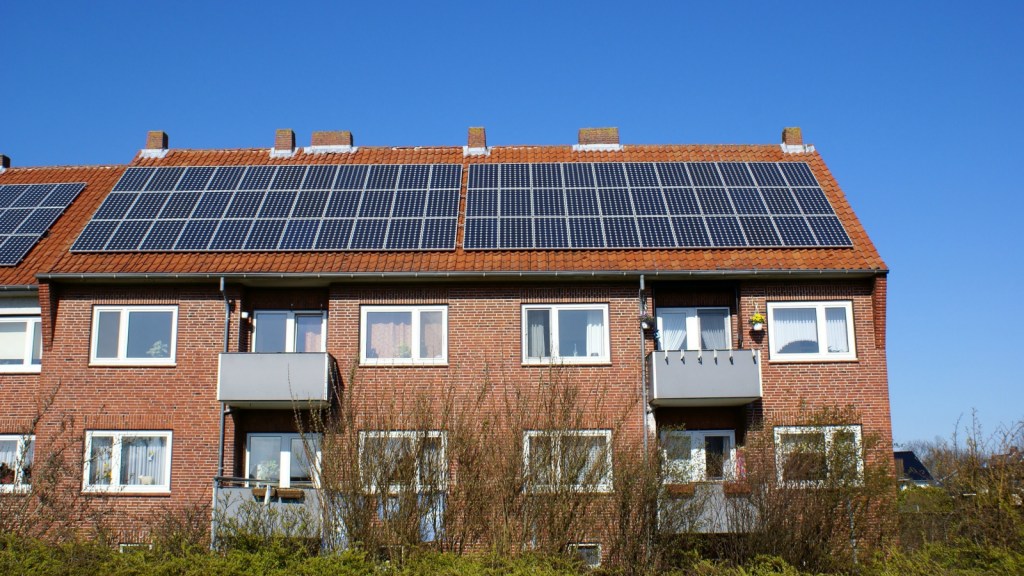 This is a guest post from Laurie Mazur, editor for the Kresge Foundation/Island Press Urban Resilience Project.

Solar power seems like the ultimate no-brainer. Free energy from the sun! And the cost of installing solar panels — like other renewables — has plummeted in recent years. Still, solar power has not yet penetrated one of the markets that needs it the most: affordable multifamily housing.

That could change, thanks to the advent of solar photovoltaic systems with backup battery storage (solar + storage). A new report, “Closing the California Clean Energy Divide,” shows how solar + storage can overcome technical and financial problems that discourage owners of affordable apartments from embracing solar. Coauthored by the California Housing Partnership, Center for Sustainable Energy, and Clean Energy Group, the report says solar + storage systems could nearly eliminate electric bills for owners of affordable apartment buildings in California. And those savings could — with the right policies and strategies — be passed on to tenants.

The first problem solved by solar + storage is the bane of all solar energy systems: night. We expect our electric meters to keep spinning along, even when the sun doesn’t shine. (This is the dreaded “intermittency” that challenges other renewable energy sources as well.) Solar + storage handily defeats this problem, by banking excess energy generated in the daytime to be used after the sun goes down.

In this way, solar + storage tackles another insidious problem: utility demand charges. These are fees that utilities charge commercial customers based on their highest peak power use during a billing period, and such fees can make up half of the electric bill for some apartment buildings. A stand-alone solar system without battery storage might not be able to shrink peak demand — because, for example, demand could still be high on a cloudy day. But solar + storage can reduce overall demand for grid power and lower peak use, thereby helping some building owners avoid demand charges. And adding storage to a solar system isn’t prohibitively expensive; it adds only about a third on top of the cost of stand-alone solar.

These cost savings also can hedge against future electricity price increases, which are poised to become a real problem. As solar gets big enough to threaten their bottom line, utilities are trying to roll back incentives like “net metering,” which lets solar-powered households sell their surplus energy back to the grid for a profit. Without those incentives, affordable housing owners who invest in stand-alone solar systems will see higher electric bills. But solar + storage can make the economics work better and bring more financial benefits to developers and tenants. “Installing solar without batteries is leaving money on the table,” says Lewis Milford, president of the Clean Energy Group and a senior fellow at the Brookings Institution.

There are other benefits, too. Solar + storage can make affordable housing more resilient. When the larger grid goes down, a solar system with battery backup can power life-saving services like water pumps, fire alarms, heating, and cooling. That means apartment dwellers can “shelter in place” during an emergency — which can be a lifeline for low-income residents, the disabled, and others who are vulnerable in times of disaster. And, of course, by reducing carbon emissions, solar power helps mitigate climate change, making disasters less likely for everyone.

So, is solar + storage the game changer that finally brings clean energy to the masses?

It certainly could be in California, where owners of affordable housing have many reasons to go solar. The state legislature recently established a groundbreaking Multifamily Affordable Housing Solar Roofs Program and earmarked up to $1 billion in cap-and-trade funding over 10 years to incentivize solar installations on such buildings. But even in states with a less favorable regulatory climate, the benefits of battery storage may tip the scales in favor of solar for many building owners.

Still, if owners of affordable housing adopt solar en masse, will the cost savings get passed on to tenants? While the answers to that question are beyond the scope of “Closing the California Clean Energy Divide,” its authors suggest a few ways to make that happen — including a shared savings model that ensures tenants get a portion of demand charge savings. The authors are planning a series of papers that will explore how additional benefits could be delivered to tenants.

“There are lots of ways to make sure that tenants benefit from solar in affordable multifamily housing,” says Milford. “But first, you have to make sure that the owners and developers want to install solar.” As this report makes clear, there has never been a better time to do so.