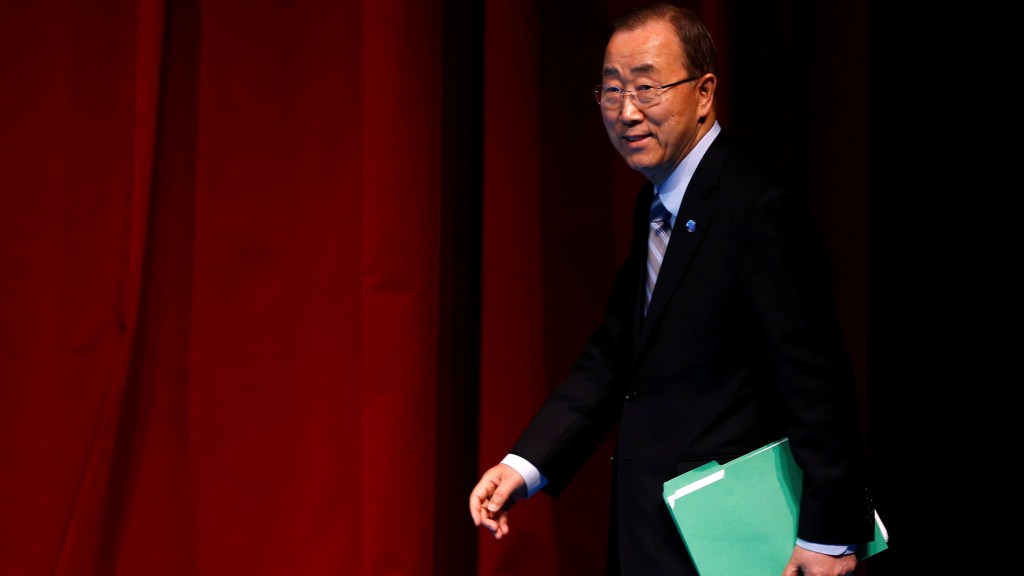 Heads of state from across the globe convened in Istanbul, Turkey, this week for the first-ever World Humanitarian Summit, a United Nations convention on how nations, NGOs, the private sector, and humanitarian groups can aid in the global crises currently affecting 125 million worldwide.

More than 5,000 participants attended the summit — including the heads of 57 world nations and celebrities like Daniel Craig, Ashley Judd, and Forest Whitaker. Strangely absent, however, were the heads of the wealthiest and most powerful countries on the planet, including President Obama, who sent USAID administrator Gayle Smith in his place. The only leader of a G7 nation to attend was German Chancellor Angela Merkel.

U.N. Secretary-General Ban Ki-moon was not pleased with the no-shows, the Huffington Post reports.

“It’s disappointing that some world leaders could not be here, especially from the G7 countries,” he said at a press conference Tuesday. “The absence of these leaders from this meeting does not provide an excuse for inaction. They have a unique responsibility to pursue peace and stability.”

And these leaders have plenty of problems to tackle. Around the world — and particularly in developing nations — people are dealing with the effects of climate change, the spread of infectious disease like the Zika virus, and the Syrian refugee crisis (often considered the worst humanitarian disaster since World War II.). The U.N. requested that nations participating in the summit commit to five core responsibilities: preventing and ending conflict; upholding the norms that safeguard humanity; leaving no one behind; delivering aid; and investing in humanity.

But the commitments countries made are non-binding, and critics have accused the event of being a lot of talk and no action. Humanitarian group Doctors Without Borders called it a “fig-leaf” for international failures and pulled out of the summit entirely. The host nation itself faces criticism for its “growing intolerance of political opposition, public protest, and critical media,” according to Human Rights Watch.

Regardless of the criticism — and the absence of the world’s most important leaders — some attendees are still optimistic. “This conference is a beginning,” Manuel Bessler, Switzerland’s top humanitarian aid delegate, told a Swedish outlet. What follows these commitments will make the real difference.