This week, China’s air quality index (AQI), which measures the amount of harmful pollution in the air, went off the charts. And that’s not the first time that happened this year.

There’s no need to be a broken record, though — we’ve heard this before, and we all can see that the air in China sucks. Performance artist “Brother Nut” even tried to suck the dirty air out of China. He visited famous landmarks while vacuuming the air — really — and then turned the captured pollution into a literal brick.

If you don’t encounter this kind of dense, stifling smog very often, you might not have realized that it can be bad for businesses. It turns out that people tend to avoid a jaunt to the local bar when they have to breathe in bricks of acrid air to get there.

That’s why Beijing restaurants and bars — some of which see a decrease of 30 percent on smoggy days — are offering incentives to keep things humming when the blanket of haze descends on the city.

For example, Jing A, a craft beer bar, is appealing to the bargain hunters on the lookout for cheap beer by offering a smog discount. The Guardian reports that the bar “serves a suitably bitter ‘Airpocalypse’ beer that gets cheaper on a sliding scale as the AQI increases.” Other businesses have tried to induce smog-weary customers through their doors by implementing air purifiers or offering “signature pollution-fighting juices,” according to the Guardian.

Related: Tourists don’t like breathing smog, either. Thanks partly to heavy pollution, China has experienced a downturn in inbound visitors. Apparently, people are less likely to visit your country when your attractions look like this: 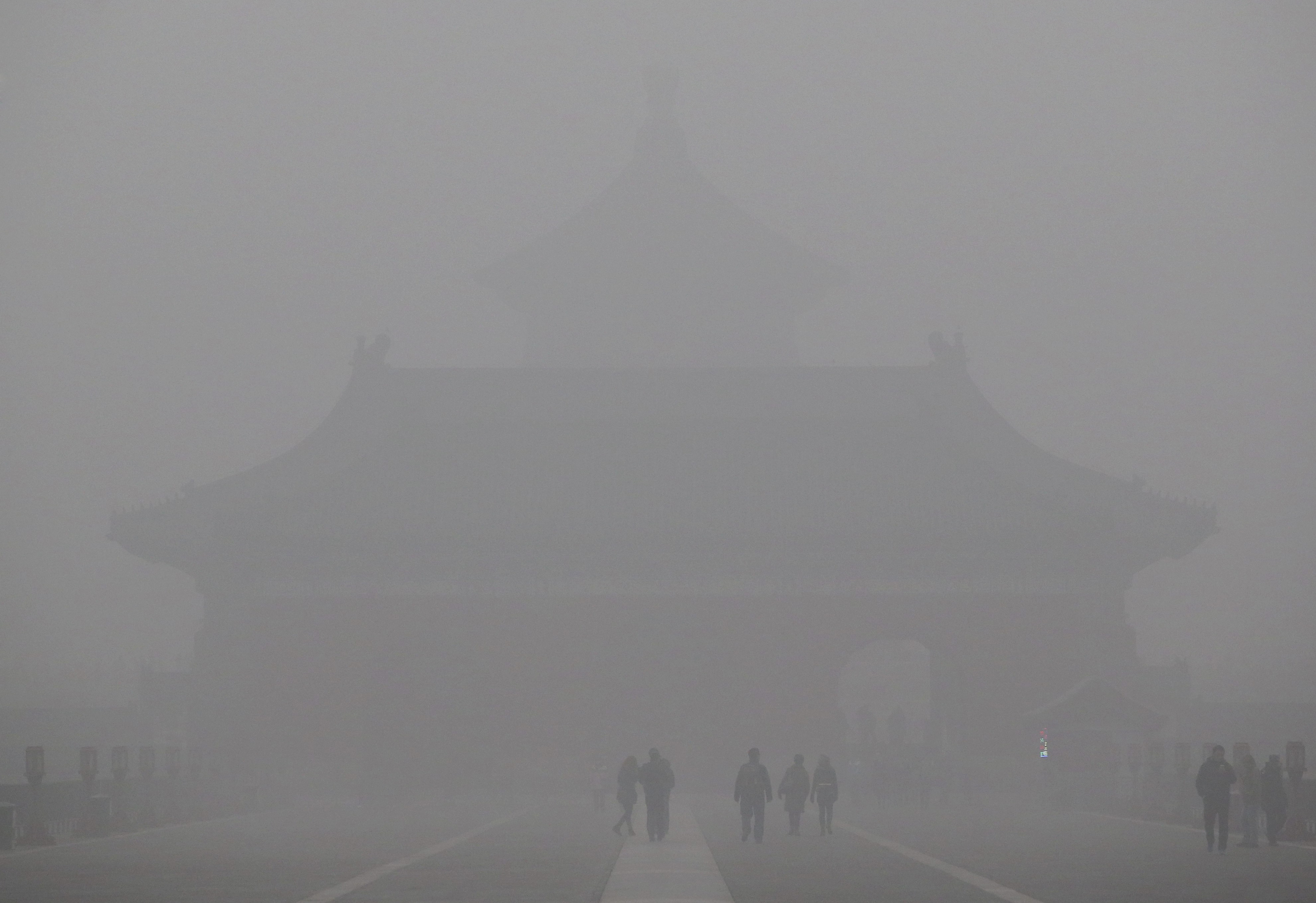 Unless you happen to own a meal delivery company (which tends to see a sales increase on high AQI days when people don’t want to go outside), it looks like in times of peak pollution, your business — and the tourism industry — will have to get creative.

On fear, terrorism, and dealing with the smaller things first