Instead of buying something this Friday, fix something 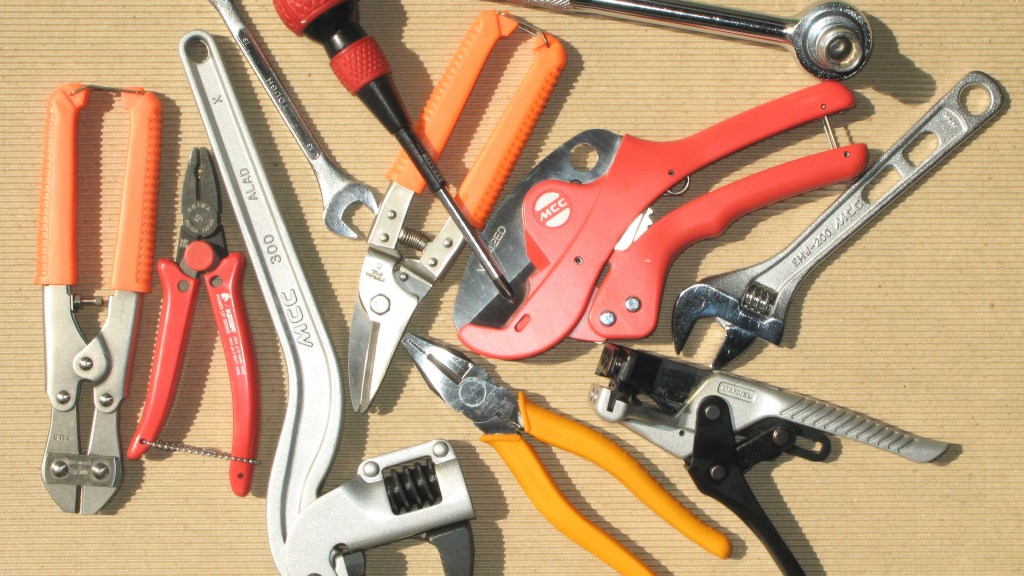 Instead of buying something this Friday, fix something

If you’re looking for something to do this Black Friday that’s doesn’t involve draining your bank account directly into the pockets of giant corporations, then consider this: Your home is probably already full of half-broken junk. So why not just fix some of that, rather than spring for a bunch of brand-new, soon-to-be-half-broken junk?

I know, I know — that doesn’t sound nearly as much fun as strapping on the old IV drip of consumerist Kool-Aid and getting lost in the aisles of Walmart, but stick with me. I promise that this alternate route leads to pizza, whiskey, and the beautiful but increasingly elusive feeling of self-reliance. It also leads to socially and environmentally responsible consumerism, but in the battle against shameless indulgence, it’s probably best to focus on the pizza and whiskey.

Our journey begins with Jason Koebler, a reporter with Motherboard who took a deep dive into the DIY repair community — and those trying to sabotage it — after accidentally busting the screen on his own Apple laptop. You can read all about Koebler’s long road from a loose pentalobe screw to the Electronics Reuse Conference here, but if you’re anxious to get back to those Black Friday deals on Amazon, here are some highlights. First, what’s a pentalobe screw?

The iPhone 4 shipped with standard, Phillips head screws. Sometime in late 2010, however, the company began ordering its Apple Store Geniuses to replace standard screws with pentalobe ones on any iPhone 4 devices that were brought in for repair. Reuters reported on January 20, 2011 that employees were instructed to not tell customers that they had made the switch. The switch should have, in theory, made it impossible for anyone except for Apple to open the device.

Koebler was lucky, then, that when he knocked over his laptop, one of those screws just happened to come loose. Fortunately for the rest of us, the well-known DIY repair company iFixit also countered the pentalobe move with an “iPhone Liberation Kit,” complete with a homemade pentalobe screwdriver. “That was the first screwdriver in the world outside of Apple that would remove the pentalobe screw,” Kevin Wiens, CEO of iFixit, told Koebler. “Apple was literally screwing their customers, and because we had a heads up, we were able to sell a screwdriver as soon as it came to the United States.”

But as Koebler discovered, Apple isn’t alone in trying to prevent consumers from repairing their own property. Plenty of companies are now using copyright laws to prevent third party repair shops from stepping on their business. Here’s more from Koebler:

Last year, Customs and Border Patrol seized $162 million worth of consumer electronics in 6,612 separate raids as part of a program called “Operation Chain Reaction” that 16 separate government agencies are involved in. Spend some time searching the internet, and you’ll find forum posts written by people who say their businesses or livelihoods were destroyed because of a CBP seizure.

“We got really scared, legitimately. We pulled all our parts out of our stores and we kept them at my house,” Ivan Mladenovic, who runs two TechBar repair shops in South Florida, told me about the months following the federal raids in Miami. “We would shuttle parts to the store 2-3 at a time. I’m under the impression that the business of repairing iPhones could just go away one day. Apple could vanish an industry if it really wants to go after us.”

Still, the DIY repair community is fighting back. Koebler found himself at the heart of that community earlier this month at the Electronics Reuse Conference in New Orleans, where he met some pretty badass DIY-ers like this:

Jessa Jones, a former microbiologist-turned iPad repairwoman, is widely considered in the profession to be among the best repair professionals in the world. In between taking care of her four kids as a stay-at-home mother, she spends her days casually recovering priceless data from water-damaged iPads that would no one else would ever bother touching, or fixing short circuits that cause the iPad LCD backlight to burn out. She’s so good that, if she can’t fix a device, she doesn’t charge her customers.

Of course, fixing one’s own electronics is about more than self-reliance and sticking it to the man. It’s also about the massive e-waste problem piling up in the developing world. Wiens of iFixit is highly aware of this problem and has even visited some of these places to see for himself how bad it is. This epidemic is partly why iFixit deals not only in Apple devices, but in all kinds of products, including Xbox 360s, DSLR cameras, washing machines, alarm clocks, and even Patagonia shirts.

Now, if you’re still not convinced that fixing your old junk is a good idea, then I did promise you pizza and whiskey, so here’s a look at what Koebler, Jones, and Wiens got up to after the Electronics Reuse Conference:

iPhone and iPad parts littered the floor and table. Someone was showing off the custom back they had made for their phone. Jessa Jones was fixing iPad backlights and teaching others what each little electrical component does. Wiens and his staff were talking about sci fi books and discussing what toppings of pizza to order and were geeking out over their most recent repairs. Several separate beer runs were made.

At one point, Wiens poured himself a room-temperature whiskey. He grabbed a pressurized can of freeze spray—used to find hot chips on broken logic boards—stuck it into his whiskey, and sprayed. It splashed all over the place, but the drink was colder.