They aren’t shiny unicorns, but these startups shine when it comes to clean energy 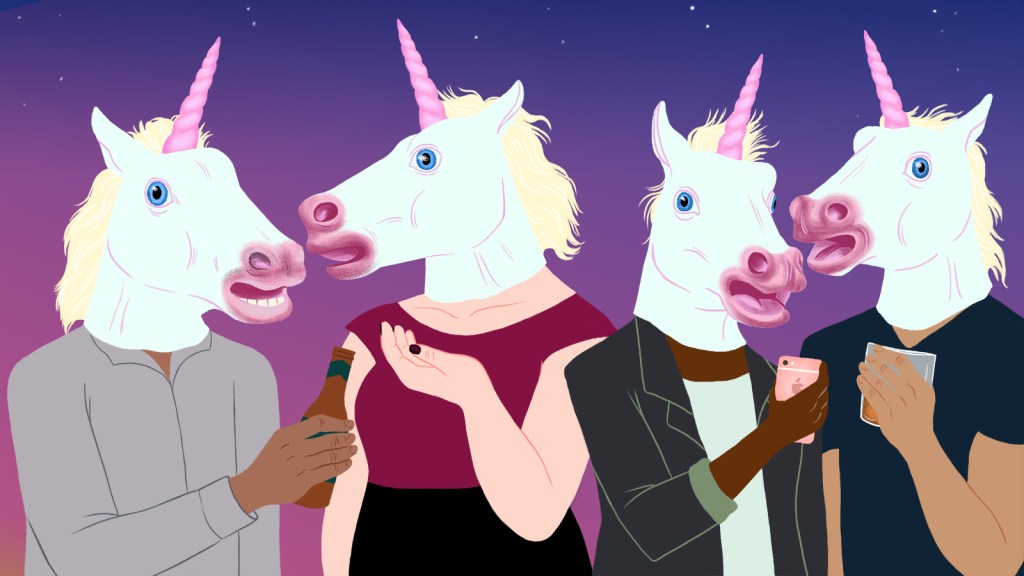 They aren’t shiny unicorns, but these startups shine when it comes to clean energy

Do you ever get the feeling that everyone at the party has an energy startup company but you? That’s how I feel. The folks behind My Mosambi just finished telling me about their plan to put solar panels on schools in India and make an ethical profit off selling the resulting electricity. The people standing behind me are talking about PVComplete, a software company simplifying the design of solar panel installations. It’s like I’m the grown-up version of the only kid who showed up to the pool party without an inner tube.

I’m mingling with all these baby Elon Musks on the skyscraper patio of Powerhouse — an operation founded by Emily Kirsch, a veteran of Van Jones’s Green Jobs program, and Danny Kennedy, a Greenpeace activist turned solar entrepreneur. It’s a place where young tech companies working in renewable energy get money and support in exchange for a cut of their future profits. In Silicon Valley jargon, Powerhouse is an incubator and accelerator for startups ushering in the next energy revolution, instead of, say, Uber for dogs, or apps that tell you the best time to go to the bathroom during a movie. These startups are young, geeky, and building the technology that (they hope) will bring clean energy to the masses and save the troposphere while they’re at it.

Right now, much of this developing industry is in its teenage stage, like personal computers in the early ’80s, or the internet in the early ’90s. Incubators like Powerhouse, and New York’s Urban Future Lab, are about preparing startups for the next stage. They launch business after business, in the hopes of creating an ecosystem of companies that will be greater than the sum of its parts.

Some companies work on making the electrical grid more flexible, or develop software to help power plants move electrons through the grid. Others are creating software to decide the best ways to charge and deplete batteries.

“It’s too early to know which technology will work at the end,” said Ellen Williams, director of the Advanced Research Projects Agency–Energy, or ARPA-E, a division of the U.S. Department of Energy. “But the solution will be a combination.”

The space that ARPA-E occupies lies between what Williams describes as “two valleys of death” that a new company has to trudge through in order to survive.  The first valley of death is the process of creating a working prototype. The second valley is the one that everyone at Powerhouse is in — the process of actually selling the thing you’ve made.

For the most part, that product is software. Venture capitalists working in renewable energy aren’t interested in hardware, such as solar panels or windmills. They take too long to develop, and other countries can make them better, cheaper, and faster. Instead, they invest in the software that will knit together the hardware, code that will automate the design of solar projects, and the process of investing in solar itself.

Back on the patio at Powerhouse, the sun is setting over downtown Oakland, turning all the deco buildings and glass skyscrapers a lurid pink-orange — like glitter sherbet. Everyone is in full schmooze, jumping from conversation to conversation like partners in a waltz. The startup founders are young and fresh-faced and the would-be investors are older, overwhelmingly male, and prone to expounding on the inevitability of the clean energy revolution. Optimism is in the air.

California’s Bay Area is still where young people interested in renewable energy come to seek their fortune, heaped with public policy and engineering degrees and draped in business casual. The state has gone to a lot of effort to lure them here. For the better part of a century, California has been home to industries that have caused climate change (aerospace, oil drilling).

Now, it’s pushing tech that would stop climate change, or at least slow it down. Many states have a Renewable Power standard that requires utilities to get a certain percentage of their power from utilities by a certain date, but California has the largest — 50 percent renewables by 2030. California has more solar panels than any other state, and nearly half the country’s supply of plug-in hybrid electric vehicles, as well as generous subsidies for buying said electric vehicles.

For all its well-known flaws (too expensive, hellish commutes), the Bay Area persists as a magnet for all things technology, as well as the investors who want a piece of that technology. Nearly three times as much venture capital is invested in the Bay Area ($21 billion) as in New York, the next largest market ($6.9 billion). Almost half of all so-called unicorns — tech startups valued at a billion or more — reside in California.

Some of the Bay Area’s young and tech-inclined make their way into renewable energy after becoming disenchanted with the larger startup scene. Elena Lucas, one of the CEOs on the Powerhouse patio, explored working in tech, but got fed up quickly with projects that she described as “Uber for hamsters.”

“Making money and saving the world is why I’m here,” Lucas said, on her decision to jump aboard the renewable energy freight train. “Energy is the second-largest industry in the world. I could have been in the largest industry, but I didn’t want to be a warmonger.”

Three years ago, Lucas worked at PG&E — a low-level gig that she’d taken because she assumed it was a first step toward becoming an integral part of the renewable energy revolution. It wasn’t. It was more like sitting at a desk far away from the renewable revolution and finding out that your repeated requests to transfer closer to the revolution had been blocked by some hidden layer of bureaucracy.

What happened next seems a little self-helpy because, well, it is. Lucas studied up on the motivational stylings of high-powered women in tech like Sheryl Sandberg (COO of Facebook) and Kate Purmal (co-founder of numerous tech companies). “Lean in,” said Sandberg. “Cultivate your vision,” said Purmal.

Lucas put her own spin on both. She didn’t just imagine her ideal career five or 10 years into the future, she organized a group retreat to do so. She started a Lean In circle — sort of a consciousness-raising group, if a consciousness-raising group met regularly to hold its members accountable to the principles of Sheryl Sandberg. And she went to events run by groups like Young Professionals in Energy and Women in Cleantech & Sustainability so often that she developed her own calendar of Bay Area tech and energy events, and began sharing it with people.

Along the way, Lucas met Daniel Roesler, a programmer and engineer who had worked as a project manager at a commercial solar company. After cobbling together a project at a one-day hackathon (where people meet up and code new projects from scratch) the two realized they worked well together. A month later, Roesler invited her to become the co-founder and CEO of a startup that he was working on, UtilityAPI.

The idea behind UtilityAPI is simple. Utilities have detailed data on their customer’s energy usage that would be an asset to, say, a company trying to sell solar panels in a certain region. Utilities don’t make that data more accessible, because they’re in the utility business, not the data business. As long as each utility continues to store its data in various difficult-to-access ways, Lucas is confident that UtilityAPI can weather any competition.

Why haven’t you heard about these new energy startups? Part of the reason is that, unlike other tech startups, they don’t need to drum up the hype needed to get their apps downloaded and installed on a few million phones. They’re business-to-business companies instead of business-to-consumer.

Startups in the renewable energy space tend to carve out niches and so encounter less direct competition. There are fewer companies working with utility data than writing another food review app. Working in renewable energy usually requires working with utilities, the kind of heavily regulated industry where “move fast and break things” isn’t an option. So the exponential growth of a company like Uber and Airbnb isn’t possible. But for now at least, it also makes for a more stable business.

“It’s not ‘grow fast, don’t make any money,’” Lucas said, describing the conventional arc of a tech startup. “But we’ll be there long after all those unicorns have been put out to pasture.”