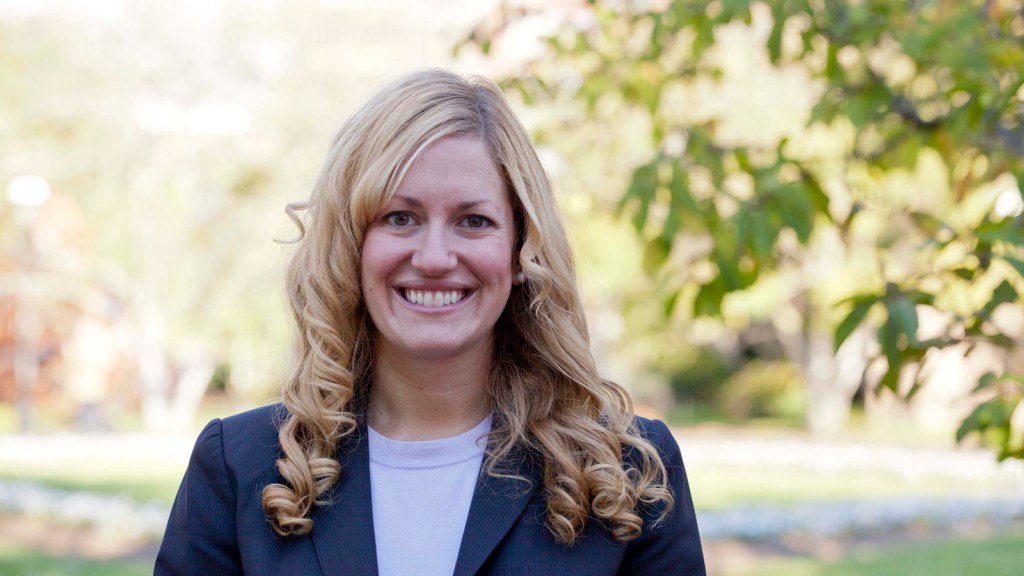 Kate Brandt is lead for sustainability at Google and a keynote speaker at SXSW Eco. Google
SXSW Eco

Grist is an official media partner of the SXSW Eco conference, featuring interviews with some of the headliners who will be speaking Oct. 10–12 in Austin.

Two years ago, Kate Brandt was appointed by President Obama as the country’s first chief sustainability officer. The idea behind the position was this: If she could help federal departments make even a small move toward greater energy efficiency, it could cut greenhouse gas emissions dramatically because the government is so large. The feds own a lot of things (360,000 buildings and 650,000 vehicles) and buy a lot of things ($445 billion spent annually on goods and services).

One of the contractors the government worked with was Google. The company had made steep cuts in energy use over at the General Services Administration by helping the agency switch from running email off its own servers to using Gmail, which runs on Google’s enormous, remote, hyper-efficient server farms.

Brandt was impressed with Gmail, and Google impressed with Brandt. In July of last year, the company hired her away from the Obama administration to serve as its lead for sustainability.

Next week, Brandt is delivering a keynote speech at SXSW Eco. In advance of that talk, Grist caught up with her to discuss what sustainability looks like when you work at a cutting-edge tech company.

Q. OK, first things first. What exactly does a sustainability officer do?

A. Corporate sustainability has been going through a revolution in the last few years. It’s gone from primarily dealing with environmental complaints to being central to the business itself.

I get to work across businesses, from the data centers, which are the engines of the internet, to Google’s real estate, where we are trying to make the healthiest office environment for our workers. We’ve worked with a startup called Aclima to monitor the air quality in our offices around the world. We have the largest corporate workplace [electric vehicle] charging program in the country.

For six years now, we’ve been trying to get toxic materials out of our systems chain. The environmental materials focus is new at Google, but it fits into our way of thinking about what is called the circular economy — endlessly cycling materials back into the system.

Q. So where have your biggest sustainability gains come from?

A. For us, most of our energy use is in operating data centers. As a major energy consumer, we have a role to drive new markets, and today we are the largest corporate non-utility buyer of renewable energy in the world.

Our data centers use 50 percent less energy than the average data center. When we started operating machine learning, they got more efficient.

And I get to work on the product side, on projects like how to use geo-mapping for environmental benefit. We have a new tool called Global Fishing Watch that helps people monitor commercial fishing around the world.

We built Quartz, which is a public, open database with a hundred or so building materials [and information on their environmental and health impacts]. Its overall mission is to promote the transparency of building product information. We built Portico as a way for suppliers to give us information about what is in those materials.

Q. What are you preoccupied with right now?

A. My SXSW Eco talk will mostly be focused on our work in the circular economy.

A. More than that. It’s thinking about what does it mean to make, to take, to dispose. We released a study on how we are applying the circular economy at scale in our data center operations. If a server breaks, we take it apart. We use the parts to repair other servers. We remanufacture — upgrading an existing server instead of buying a new one

A. That last 10 to 20 percent depends on the site. But by having this goal and doing tracking, we hope to look across all operations and get that to 100 percent.

The common theme in everything we do is open sourcing. We want to say, “Here is the business case for this.” We can see a lot more value by being better stewards of resources.

Correction: This article originally quoted Brandt as saying that Google was a leader in the vehicle-to-grid space, but in fact, though she said that Google has a large electric-vehicle charging network for its employees, she did not talk about the company doing anything further in this space.