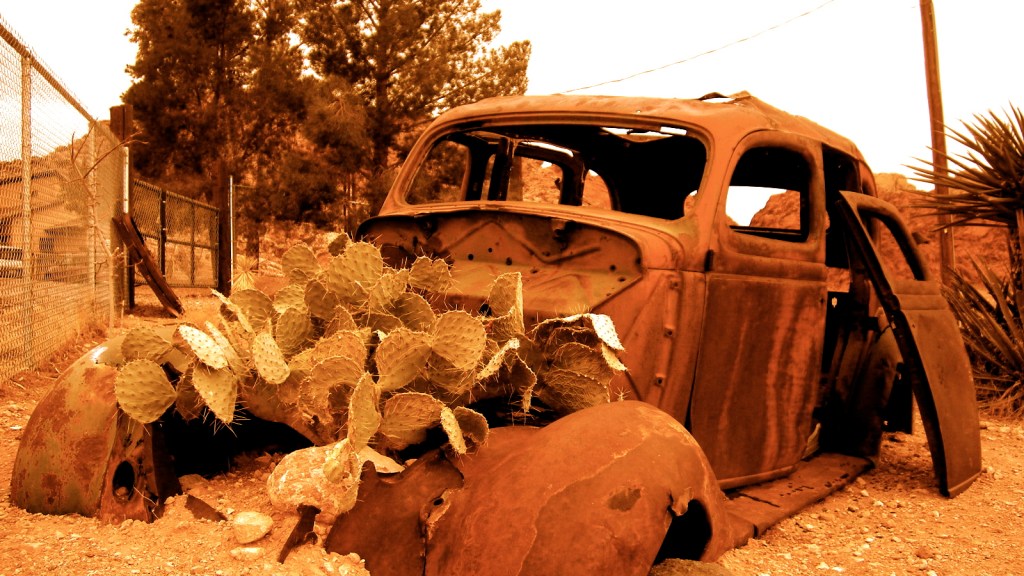 Unless you’re a couple of crusty old white guys, the future of cars is looking pretty bright. Affordable electric cars are about to hit the market, self-driving cars are practicing their not-hitting-people skills, sleek 3D-printed cars are becoming a thing. And in a world that desperately needs to be more efficient and rely less on fossil fuels, this is all promising news.

But predicting the future of technology is always hard and often leads to egg-covered faces and tarnished reputations. The former chair of IBM, for example, once famously said that “there is a world market for maybe five computers.” And boy does that guy have about a billion eggs on his face right now.

Fortunately, a new (yet to be peer-reviewed) study on arXiv.org offers a way to predict where our technologies are going by first looking at where they’ve been. The study, led by researchers at UCLA, presents an evolutionary model for technology, and with the automobile as a case study, suggests that “electric and hybrid cars may be experiencing the early stages of a radiation event, with dramatic diversification expected in the next three to four decades.”

The model includes data on 3,575 cars made by 172 manufacturers between 1896 and 2014. It considers each car model a distinct species whose first and last years of production mark its origin and extinction, respectively. It thus offers a rate of “species” origination and extinction over time, allowing the researchers to analyze the effects of outside factors like GDP, oil prices, and market competition on the size and diversity of species types.

More surprising was that the model showed that the rate of new species hitting the market had decreased fourfold between 1980 and 2014 and that extinction rates slightly outpaced origination rates during that time, meaning the market has gotten less diverse. At the same time, the average lifespan of models increased.

This happened, the researchers speculate, because certain designs began to dominate, and experimenting with new ones became too costly. The resulting market consolidation increased brand loyalty, stabilized cost of production, and made for safe investing. And it showed that market competition is more strongly correlated with species diversity than other factors like GDP or the price of oil.

Which brings us back to today. Electric vehicles haven’t gone through the decades of evolution that gas-powered cars have, which is perhaps why a relatively new brand like Tesla can come in with its shaky production schedules and unsteady financial standing and shake up the market. And in the coming decades, according to this research, we can expect more competitors to join Tesla’s Model 3 and GM’s Chevy Bolt before the market ultimately settles on dependable models and creativity in the industry declines once again.

By that point, though, we’ll surely be in the midst of a flying car diversity boom. That’s one tech prediction that will never die, no matter how many times it’s blown up in people’s faces.