Gibraltar ends one of the biggest balloon releases; thousands of whales blow sighs of relief 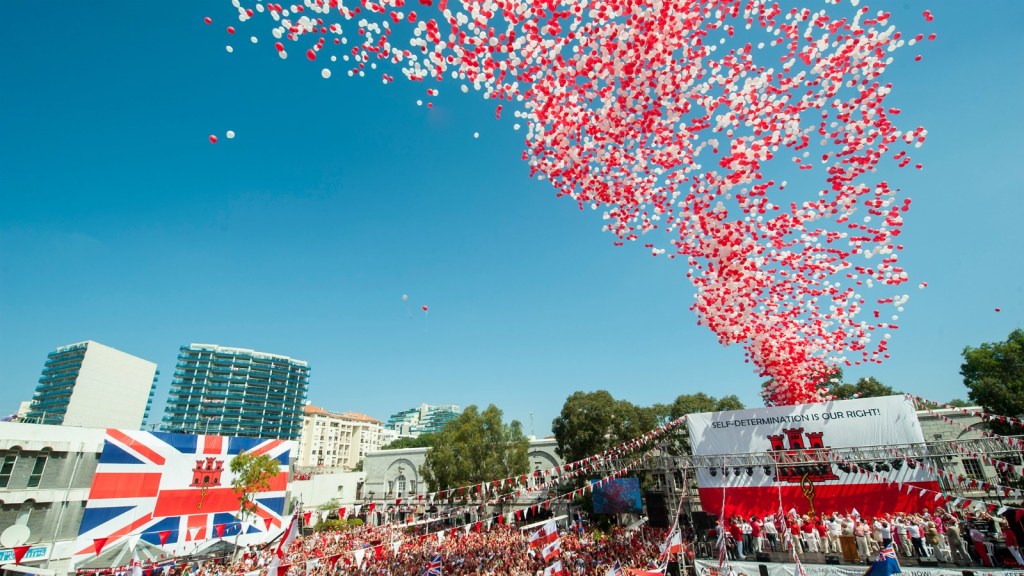 Gibraltar ends one of the biggest balloon releases; thousands of whales blow sighs of relief

Looks like Gibraltar will need to find a new way to celebrate its national holiday — one that doesn’t involve sending 30,000 balloons into the sky.

Gibraltar, a British territory squeezed onto a tiny peninsula next to Spain, has celebrated National Day every Sept. 10 by releasing one balloon for each of its citizens. It’s quite the spectacle. But after 24 years, that practice is coming to a close thanks to pressure from environmental advocates who denounced the “mass aerial littering.”

The Self-Determination for Gibraltar Group, an organization campaigning for independence, announced an end to the annual balloon barrage on Wednesday. The decision prompted this tweet from Lewis Pugh, U.N. Patron of the Oceans:

Thank you to everyone who supported my call to end one of the largest balloon releases in the world. pic.twitter.com/flh5qalnFO

So what’s not to love about flooding the sky with helium-filled bubbles of joy? Eventually, those balloons come back down. Back on earth, they can spell the end for turtles, dolphins, and sharks that mistake the deflated latex lumps for food. Eating deflated balloons can lead them to starve. Sea creatures sometimes get entangled in balloons and suffocate.

With 30,000 fewer balloons this year, we hope Gibraltar’s decision will provide our oceans with a little respite from the onslaught of plastic pollution. I guess Gibraltar came to the conclusion that the rest of us did: Sending a bunch of plastic into the air — even if it looks pretty! — is still littering.