Oil companies are having a tougher time making money 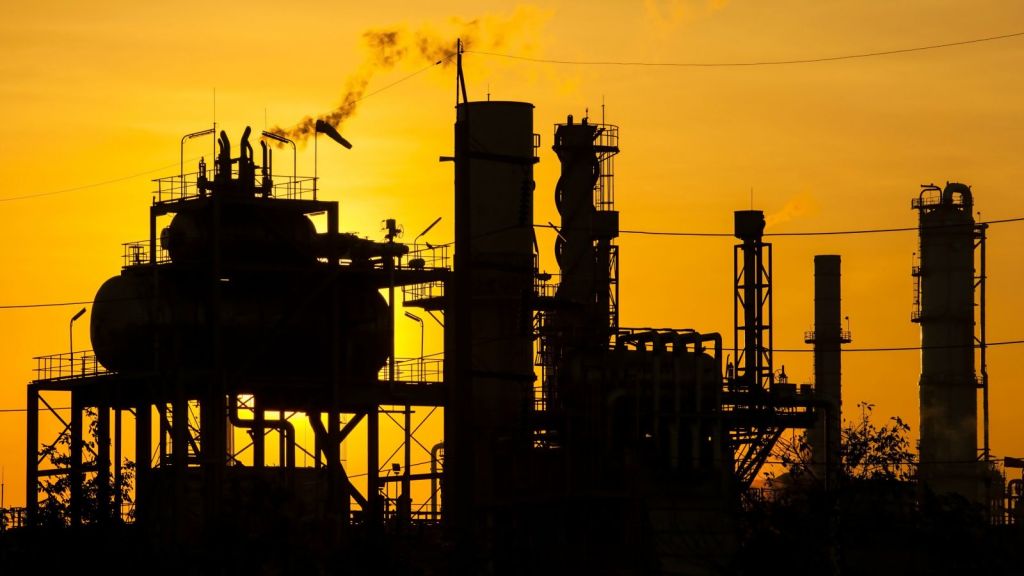 Oil companies are having a tougher time making money

One morning in May, Danielle Fugere tried to convince America’s second-largest oil company to get out of the oil exploration business. Standing before a room full of Chevron shareholders in San Ramon, Calif., she warned that climate change and rapidly shifting oil markets were threatening to erode the corporation’s profits.

Fugere, president of the shareholder activist group As You Sow, pointed out that Chevron — the world’s largest corporate source of carbon dioxide emissions — has spent billions of dollars searching for new, often remote sources of oil that will take years to tap. How, she wondered, can the company remain profitable when it faces plummeting crude oil prices and looming restrictions on fossil fuel use? Rather than funding long-term projects that might never pay off, she argued, Chevron could return the money as dividends or steer it into less risky ventures like renewable energy. “Oil that stays in the ground is valueless,” she said.

The proposal garnered less than 4 percent of Chevron’s shareholder votes. But warnings about oil’s uncertain future are no longer just coming from climate activists. From Wall Street analysts to Middle Eastern bankers, some of Big Oil’s former cheerleaders are starting to sound the alarm, questioning whether the industry can stay on its current course and remain in the black. “They’re in a vise,” says Mark Lewis, chief energy economist at the international financial consulting firm Kepler Cheuvreux. “You have economics and technology on one side of the vise. And you have politics, the push for climate action, on the other side.”

Start with the tumbling price of oil. Finding new sources of petroleum, especially when they’re deep beneath the sea or buried in layers of shale, is extremely expensive, so energy companies need prices to stay reliably high. In 2014, Goldman Sachs cautioned investors that the largest new drilling projects needed to earn at least $90 per barrel to break even. The World Bank says one-third of current oil production and two-thirds of future reserves could be uneconomical even at $60 per barrel. In August, the price dipped below $40, the lowest in more than six years.

Over the past year, ExxonMobil and Chevron’s earnings have slumped by more than 50 percent; their stock prices (as well as those of Shell, ConocoPhillips, and BP) dropped by as much as one-third in the first eight months of 2015. In July, Standard & Poor’s downgraded Shell’s credit rating, partly in response to the company’s controversial efforts to drill in the Arctic and other pricey endeavors. On Monday, Shell announced that it would halt its Arctic exploration “for the foreseeable future.” The company cited the project’s enormous costs and “disappointing” outcome, as well as the “challenging and unpredictable federal regulatory environment in offshore Alaska.”

Kepler Cheuvreux reports that the industry’s expenditures on developing new oil sources have increased 120 percent since 2000, while supplies of crude have increased just 11 percent. Investing $100 billion in solar or wind power, the firm’s analysts conclude, would produce far more energy in the long term than an equivalent investment in oil. “The rules of the game for upstream oil and gas companies have changed,” says Lewis. “Every year, they have to replace cheaper legacy barrels with more expensive barrels.”

One explanation for falling prices is the glut of cheap domestic oil from the fracking boom. But the industry is also confronting what Bloomberg energy analysts have characterized as a “demand shock.” California’s new regulations on fuels’ carbon intensity and the Obama administration’s aggressive fuel efficiency standards, scheduled to take effect in 2025, are steering carmakers toward designs that use less gasoline. “We’re on the opposite side of the oil companies in the battle over the low-carbon fuel standard,” says General Motors spokesman Shad Balch. “The first company with a no-gas car wins.” Citi’s commodity research team predicts these factors, combined with the rising use of natural gas, will cause the rate of U.S. oil consumption to peak by 2030. In August, the Interior Department reported an almost unprecedented lack of interest in purchasing leases for new wells in the Gulf of Mexico. And the National Bank of Abu Dhabi recently concluded that developing wind or solar capacity in the Middle East would be cheaper than building a new oil-fired power plant, even if the price of oil drops to $30 per barrel.

Oil companies will also be in a quandary if prices at the pump go back up. Higher prices could make hybrids, electric vehicles, and mass transit more attractive than conventional cars. According to a Bloomberg analysis, even if the cost of gasoline averaged just $2.09 per gallon, electric vehicles’ penetration of the U.S. car market would rise from 1 percent to 6 percent by 2020; at $3.34 per gallon, it would jump to 9 percent. (In the first eight months of 2015, the average price of a gallon of regular gas nationwide was $2.53.)

And it’s becoming more expensive to burn fossil fuels. The European Union, California, and several other states have all imposed some sort of direct price on carbon emissions. Last week, China pledged to create a nationwide cap-and-trade system. Rising pressure from the public as well as climate negotiators preparing to gather in Paris in December suggest these policies will continue to spread. If the cost of greenhouse gas emissions rises high enough, fossil fuel reserves could turn into so-called “stranded assets,” meaning it would no longer make financial sense to exploit them. ExxonMobil and other American oil companies have already started integrating hypothetical carbon costs into their internal accounting, preparing for the inevitable drop in demand that will kick in if policymakers can agree on a universal price tag.

The new realities facing the energy sector are reflected in Bloomberg’s 2013 decision to display companies’ fossil-fuel-­related risks on the omnipresent terminals that deliver financial data to investors. Such liabilities, however, do not have to be reported in public financial statements. In 2010, the Securities and Exchange Commission asked publicly traded companies to voluntarily report their financial risks from climate change. So far, not even 15 percent of S&P 500 companies have bothered to do so.

Meanwhile, overseas investors have had more success in prodding the industry to make changes that it has thus far been able to dodge in the United States. In January, Royal Dutch Shell shareholders enlisted management support for unprecedented emissions disclosures and a suggestion that executive compensation be linked with planning for a carbon-constrained energy market. In April, just before Chevron stockholders ignored Fugere, BP’s shareholders agreed to similar policies.

So while the oil industry isn’t going away anytime soon, the barrel it is over is increasingly hard to ignore.