Remembering the genius who got BPA out of your water bottles, and so much more 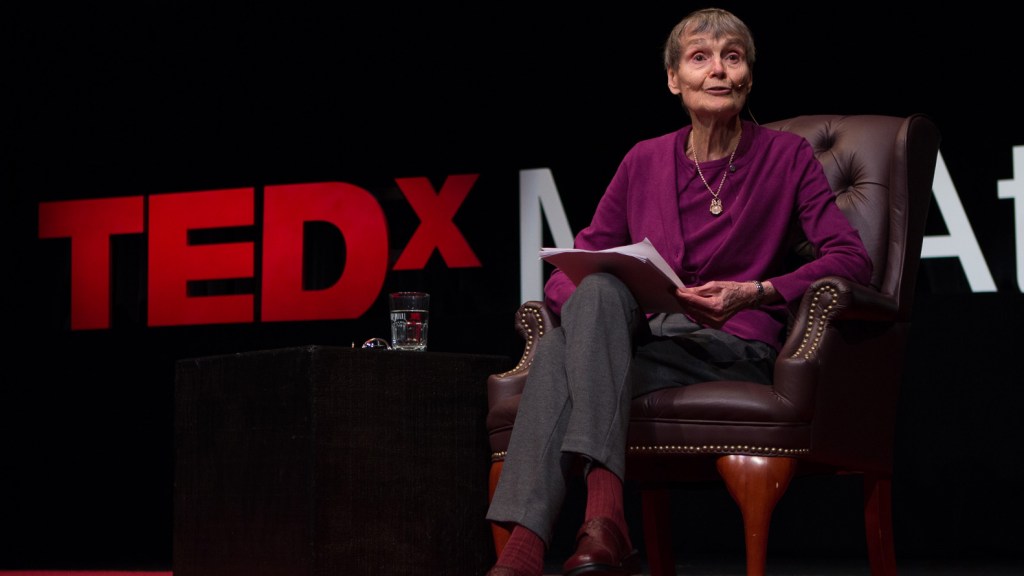 Remembering the genius who got BPA out of your water bottles, and so much more

It was the late 1970s and Theo Colborn was, like pretty much everyone else in the ’70s, getting divorced. She was in her 50s and already retired from a career as a pharmacist.

She’d moved to a farm that was close to the Rocky Mountain Biological Laboratory in Colorado and volunteered as a field researcher, sampling water and insects for signs that they were picking up toxins released by mining operations in the area. When she thought about what she should do next with her life, the answer that came to her was “become an expert in water sampling techniques.”

So Colborn went back to school. In 1985, at 58, she graduated from the University of Wisconsin-Madison with a Ph.D. in zoology and minors in epidemiology, toxicology, and water chemistry. “I wanted to get the education,” she said, in a 1988 Frontline interview, “so that I could maybe undo some of the things that my generation basically foisted on society.”

By the time Colborn died on Sunday, at the age of 87, she had immersed herself in decades of research — and inspired even more research — that sought to do just that. The many, many proposed BPA bans? Go back to the very beginning, and you’ll find Colborn. The concern over dwindling sperm counts? Same thing.

After she graduated, Colborn went to work in Washington, D.C., first as a Congressional Fellow and then as an analyst, researching industrial emissions and ozone for the Clean Air Act. When those projects ended, she was hired by two conservation organizations, the World Wildlife Fund and The Conservation Foundation, to put together an overview of Great Lakes water quality with another researcher, Richard Liroff. In the Frontline interview, she talked about what happened next:

I was working on a book on the state of the environment of the Great Lakes. And I pulled all this literature together, lots of papers, you know: fellows working in Canada, people working in the United States, one out on Lake Superior, others over, way over on Lake Ontario had done some work, written their papers, had them published in a number of different journals. None of them knew what the other was doing.

And basically, I sat in a wonderful position where I pulled all this information together. And looking at it I said, “There is something wrong here.” And the easiest thing for me to do is to use — thank goodness for computers — use a spreadsheet at a computer and start producing these spreadsheets.

And as I plotted those names of the animals in the column on the left-hand side, this is called the “Y” column, and then on the “X” column I plotted the effects that were seen in the animals, it began to fall out that there were serious problems and actually population declines, population crashes, actually extirpation of some populations. They disappeared in some places.

What Colborn was seeing was the result of a wide variety of synthetic chemicals that had come into being in the 1950s and ’60s. Even though they were present in the water at very low concentrations, they were subtly changing how the animals in that system developed — how their genes were programmed, how their cells differentiated and spread out through their bodies, and, ultimately, how they were able to survive and reproduce into the next generation. The healthy wildlife around the Great Lakes, often, were those animals that had grown up elsewhere and migrated as adults. When their offspring failed to reach adulthood, or couldn’t reproduce, they were replaced by a fresh fleet of new arrivals. The lakes looked healthy, in other words, but they were a death trap.

Colborn credited this breakthrough, in part, to her unconventional scientific background.

There is a reductionism in scientists, in the scientific community. I have never been a reductionist. I am always thinking about the big picture. My thesis committee for my Ph.D. will tell you that. They had trouble with me.

At the time, Colborn said, scientists working on environmental issues had primarily been looking for cancer, which she described as “the big bugaboo.” Cancer was a rare event: In order to emerge, it had to circumvent the body’s defenses, and in a polluted community, not everyone would come down with it. What Colborn found was different: To a developing organism, even an infinitesimally small exposure could alter fetal development and the possible effects — lower IQ, organ damage, trouble reproducing — could be spread out across a community like jam on toast. The concept was so new there wasn’t even a term for it. In 1991, Colborn and a team of 21 international scientists working on the issue came up with one: endocrine disruption.

Unlike a lot of scientists, Colborn was not shy about becoming a public figure. She co-authored a popular science book with the dramatic title of Our Stolen Future. She founded a nonprofit called the Endocrine Disruption Exchange, which, among other things, helped fund and cheerlead more research into endocrine disruption and its causes.

Colborn continued to do solid research and she also went pretty far out on quite a few limbs, blaming chemicals derived from fossil fuels for everything from Parkinson’s to Alzheimer’s to obesity to autism spectrum disorder. “Governments must take heed immediately,” she wrote, earlier this year, “or there will be too few healthy, intelligent individuals left to preserve our humanitarian society and create some semblance of world peace.” (As if we don’t have a pretty significant historical record showing that humans were more than eager to be complete jerks to each other long before anyone started messing with the benzene ring.)

Still, her big message was incontestable — that over 60 years ago, we began to introduce all of these chemicals into the environment, and we still have no idea what most of them do to us. In raising these questions, Colburn got us closer to looking for answers.

Correction: This post originally referred to Colborn’s farm as a “hobby farm.” Dianne Dumanoski, one of Colborn’s collaborators on Our Stolen Future, has informed us that Colborn was actually an accomplished sheep farmer in addition to her other skills — her ranch was quite successful and hardly a hobby. We’ve changed the wording, and sentenced the author to a fortnight’s labor on the nearest hobby farm we can find.