Should you be worried about solar leasing? Utilities think so 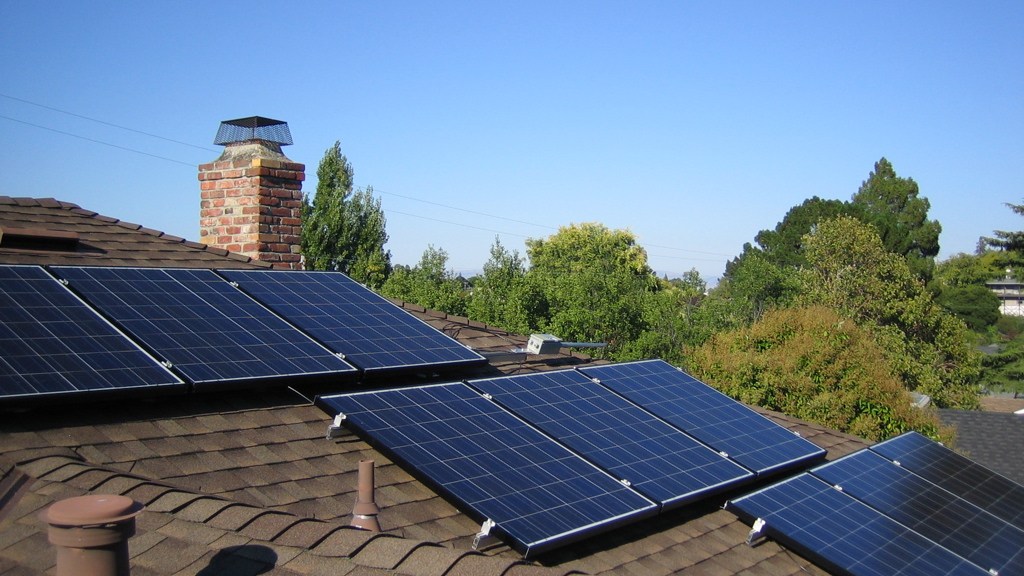 Should you be worried about solar leasing? Utilities think so

Back in December, a group of Republican members of Congress from Arizona and Texas sent a worried letter to the Federal Trade Commission. Solar panel companies, the letter claimed, might be using deceptive marketing practices to lease their rooftop systems to homeowners without fully disclosing the financial risks. The concerns were similar to those raised a month earlier by Democratic lawmakers — also from Arizona and Texas — in a letter sent to the federal Consumer Financial Protection Bureau.

Both letters raised the specter of serious problems in the business model of the country’s fastest-growing energy source. But as the Arizona Center for Investigative Reporting revealed last month, the Republicans’ letter was originally drafted by an employee of Arizona Public Service, the state’s biggest electric utility and a long-time opponent of third-party solar companies. The draft was passed by APS to the office of Rep. Paul Gosar (R), which made a few changes, got the congressman’s signature, and sent it off, according to AZCIR’s report. (The letter is here; the highlights were added by AZCIR to show where changes had been made from the original APS draft.)

It’s not the first time APS has engaged in this type of secretive advocacy to undermine solar, an exploding industry that poses an existential threat to the old-school utility’s bottom line. In 2013, the company outed itself as the backer of two secretive nonprofits that ran an aggressive anti-solar ad campaign in the state. Back then, the company’s target was net metering, the policy that requires utility companies to buy excess electricity produced by its customers’ rooftop panels. Now APS’s focus appears to have shifted to the marketing practices of companies that lease solar panels to homeowners.

“This is the next evolution in the utility playbook,” said Susan Glick, a spokesperson for The Alliance for Solar Choice, an advocacy group that represents some of the country’s biggest solar companies. APS wants “to demonize rooftop solar and ensure they have a monopoly,” she said.

The cost of rooftop solar systems has plummeted in recent years. But some solar companies have realized that many homeowners are still unable to pay north of $10,000 to buy and install panels. Instead, the trendy option is solar leasing: A company installs panels on your roof for free and then charges you a monthly fee for the power they produce, which in theory is less than what you paid your electric utility. A recent industry survey found that about half of all residential solar systems are leased rather than owned.

A spokesperson for Rep. Ann Kirkpatrick (D) — one of the authors of the Democratic letter — told Climate Desk that Kirkpatrick wanted to “take the lead” on the letter to the CFPB “after receiving numerous complaints about solar rooftop leasing practices in Arizona.” The spokesperson added that “any suggestion that the congresswoman issued the letter because of coercion by the utilities is false.”

The APS-authored letter from Gosar and his GOP colleagues was more specific. It alleged that, as part of their rush to sign up customers before a federal tax credit expires, solar leasing companies have been overstating the savings that homeowners will receive. Neither Gosar’s office nor APS returned requests for comment.

Both letters drew parallels between solar leasing and the subprime mortgage crisis, in which financial companies used shady lending practices to lure home buyers into mortgages they couldn’t really afford.

It’s been a couple of months now since the letters were fired off, and the response from the feds has been mixed. On Jan. 12, the CFPB responded to Kirkpatrick and her peers, writing that the agency is “currently studying a number of overlapping issues that may implicate the leasing of rooftop panels.” A CFPB spokesperson declined to elaborate on what exactly those issues are and whether these inquiries were instigated by Kirkpatrick’s letter. An FTC spokesperson said the agency had not yet taken any action on solar leasing. Back in Arizona, last month the state’s Corporation Commission opened a docket to collect preliminary information on solar leasing, with the possibility of a more thorough investigation in the future, a spokesperson said.

So is the congressional prodding warranted, or just glorified lobbying for one freaked-out utility company? For all the noise, actual complaints against solar leasing companies seem to be relatively rare. According to the AZCIR report, Gosar’s chief of staff said he had not actually seen any complaints, and a spokesperson for Kirkpatrick “declined to answer questions about the quantity of reports, the way the reports reached their office, or to confirm that they reviewed any consumer complaints.” The Corporation Commission docket currently contains only one complaint, from a Scottsdale resident who claimed that “uneducated residents are bamboozled into these programs by unscrupulous businesses looking to make a quick buck.”

That was essentially the complaint in a separate 2013 lawsuit against SunRun, a leading solar leasing company, brought by a California man who claimed he was misled about cost savings. SunRun denied the allegation, and that claim has since been dropped, the man’s law firm said. And a smattering of news outlets have reported cases of homeowners finding it more difficult than they expected to sell homes that are attached to a solar lease.

But Travis Lowder, an energy finance analyst with the Department of Energy’s National Renewable Energy Lab, said complaints like this tend to be rare, isolated incidents that don’t reflect systemic flaws with the solar leasing business model. Lowder runs a team that has spent the last several years developing standardized contracts and practices for solar leasing companies.

“The solar industry has been very proactive on consumer protection laws,” Lowder said. “They don’t want to put the consumer in the position where the consumer is going to default, because they need that cash flow” to support the large up-front costs of solar installations on other roofs.

The biggest issue, Lowder said, comes down the long lifespan of a typical solar lease: 20 years. Over that time scale, a solar lease ultimately amounts to thousands of dollars of debt taken on by homeowners. What’s more, most lease contracts include terms that gradually increase the monthly fees paid by homeowners over time. The pitch to customers is that the solar fee rate will escalate less than the cost of grid electricity. (Over the last decade, the average cost of electricity nationwide rose 36 percent.) The problem is that it’s practically impossible to make iron-clad predictions about cost savings that far in advance. Unforeseen changes to U.S. energy policy or to a customer’s local electricity market, for example, could potentially reduce savings from solar over the grid, while homeowners remain locked in to their original contracts.

Energy investors and analysts make those predictive calculations all the time, but always with a number of assumptions about future market conditions and an appreciation for the built-in uncertainty. So the challenge is communicating that uncertainty to customers.

Solar leases “are certainly not risk-free,” said Nathanael Green, a renewables policy analyst with the Natural Resources Defense Council. Still, he said, the agitation from APS is “almost without a doubt a politically motivated attack.”

“That doesn’t mean it’s all nonsense,” added Green. “You have to separate out some of the silliness from the real things we can do a better job of.”

Either way, courts and state and federal regulators will now have a chance to weigh in. Because Arizona is among the country’s largest solar markets, with a colorful history of conflict between incumbent power companies and their renewable rivals, the outcome there could set the stage for how solar leasing is treated elsewhere.

Nicholas Mack, the general counsel of solar financing company Clean Power Finance, has worked with NREL on developing best practices for solar leasing. The solar industry will be ready if the government comes knocking, he said: “I do think we can withstand the scrutiny.”