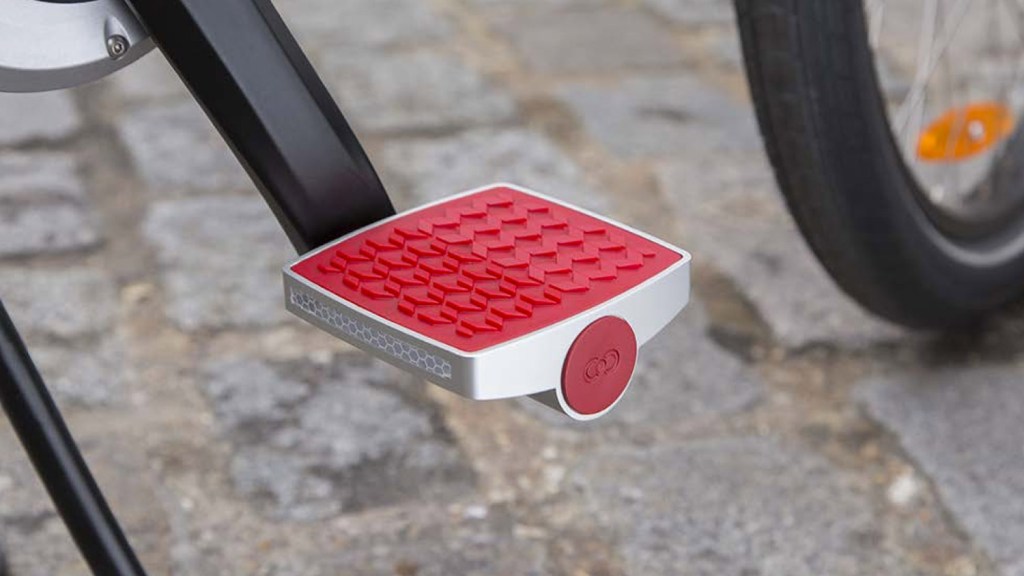 When my bike was stolen off the grounds of my college campus in the fall of 2010, a vindictive, Inigo Montoya-like rage boiled through me. Without a car, and in a city with only a turn-of-the-century-themed trolley system for public transportation, I was left without a viable source of transportation. I alerted campus security, put multiple ads in the college e-announcements, and told anyone I met to keep their eyes peeled for a blue, woman’s Trek that answers to the name, “Penelope.”

If only, I said to myself, Penelope had been outfitted with a GPS tracking system, so I could hunt down the perpetrator. IF ONLY.

Alas, it’s probably too late for my beloved bicycle (though if I ever meet the six-fingered thief who took it, I know what my first words will be), but that tracking technology has finally arrived. Behold the smart pedal.

Created by French startup Connected Cycle, these high-tech pedals alert you if your bike has moved, and where its new location is via a tracking app you can install on your smartphone. It’s super handy when you happen to have your most valuable, precious worldly good stolen mercilessly, or if you just forgot where you parked it.

The pedal comes with other bells and whistles, too. It sends signals to the app to track your speed, route, incline, and calories burned on each trip — information that’s available to other smart pedal users in the area as well. Plus, get this: The pedal generates its own energy, and uses its own internet connection. There you have it folks, robot bikes are finally a reality. Don’t let ’em get the best of you.

But these robo pedals are already spinning up controversy in San Francisco, where police are placing them on expensive “bait bikes” to lure in thieves, who can then be tracked down by way of their newfound GPS powers. Critics are calling the bait bikes unfair because they are attracting, mostly, the city’s poorest population — and because they are worth up to $10,000, stealing one can come with serious consequences. Here’s blogger Zeynep Tufekcimore on Medium:

In a city in which inequality is greatly increasing, in which those outside the tech industry are struggling to pay rents and deal with increasing cost of life, and in which flushed, moneyed tech employees are buying more and more expensive bikes … those police are … intentionally using bait bikes so expensive that the people tempted to steal them can be charged with felonies.

The San Fran Police Department counters that bike theft has increased 70 percent in the past five years, which amounts to $4.6 million in losses annually. Ee freaking gads.

If you want to get your hands on a pair of smart pedals, you’re going to have to wait on the price, as it’s TBD. Anyway, there are a few upsides to hunting stolen bikes the ol’ fashion way — for instance, losing my bike led to meeting my boyfriend, who contacted me when he saw my desperate e-announcement and offered me a spare bike. (Happy anniversary, honey!)

To the person who stole Penelope: You took my bike, you jerk, but you brought me love. Maybe, if we ever do meet, I’ll let you live to see another day.