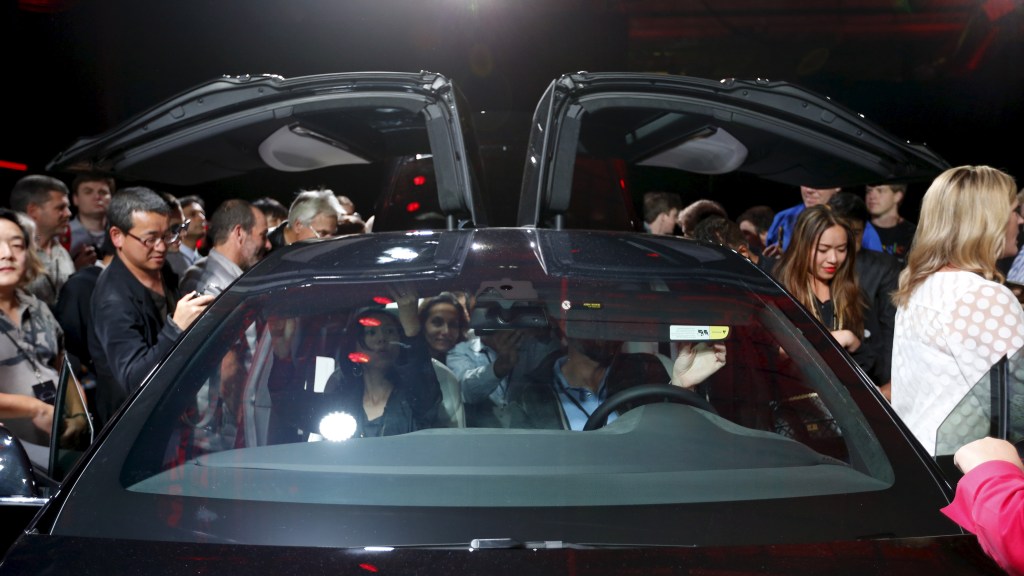 Attention oligarchs: Elon Musk has a new toy for you.

Car nerds everywhere wet their pants Tuesday as Musk premiered Tesla’s new Model X SUV. The electric vehicle — which has four wheels, two bumpers, Back to the Future doors, and is designed to get you from place to place — is being billed as “the safest, fastest and most capable sport utility vehicle in history.” And while everyone knows that SUVs are historically the vehicle of choice for gas-guzzling assholes, the Model X, according to Tesla, will run 250 miles on a single electric charge.

Also according to Tesla, the Model X can go from zero to 60 miles per hour in 3.8 seconds, or a slightly faster 3.2 seconds if you’ve got the Ludicrous Speed Upgrade — which, despite the name, is not a joke. If reaching 60 miles an hour in the time it takes the rest of us to sneeze isn’t enough to sell you on the Model X, maybe the “bioweapon defense mode” button will be. The Verge reports:

Cool! Just what the world needs — mobile bunkers on four wheels that the filthy rich can use to escape peasants in the event of a biological attack. And the best part: This baby can be yours for a mere $130,000. See you at the Tesla store, billionaires!