Is the West Antarctic ice sheet collapsing? These scientists want to go find out 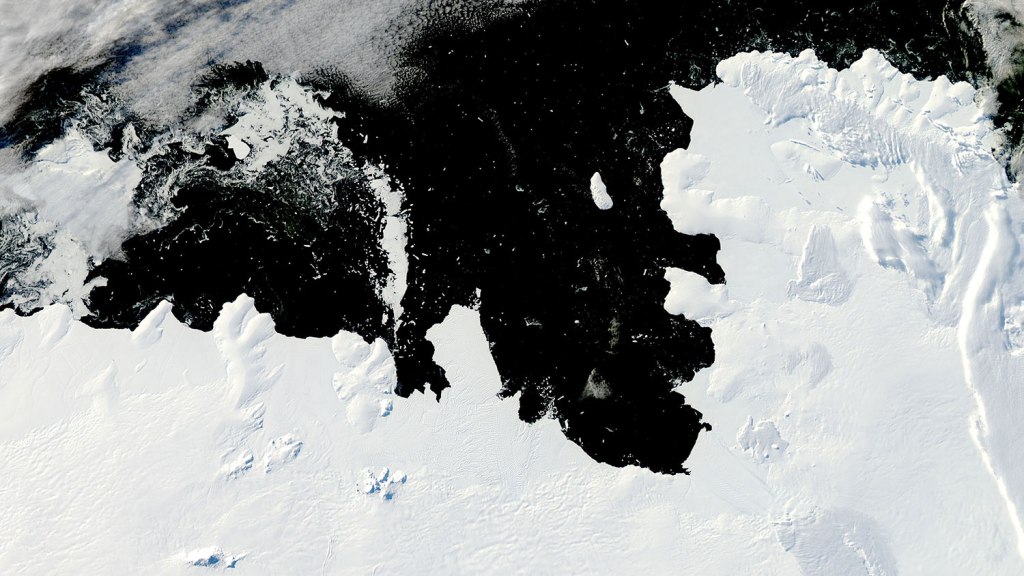 Is the West Antarctic ice sheet collapsing? These scientists want to go find out

In a world where technology is cutting people off from the natural world, scientists are treated like conspiracy theorists, and government officials can’t agree on what to do about climate change, humanity is in danger. A huge swath of the West Antarctic ice sheet nearly 75 miles wide is on the verge of collapse, and if it takes the rest of the ice sheet with it, global sea levels could rise by a catastrophic four feet. To make matters worse, scientists don’t know when or how this doomsday scenario could unfold, and the only way to find out is to travel to a remote and treacherous part of the ice sheet known as Thwaites Glacier, nearly 2,500 miles from McMurdo Station. Will the U.S. government support such a dangerous mission? Will world leaders ever get their act together? Or will Mother Nature just say “F**k it,” and wipe the slate clean?

You guessed it — this is real life. People have been worrying over the imminent collapse of the West Antarctic ice sheet ever since researchers published two papers last year warning that glaciers along the Amundsen Sea were not only retreating, but also unlikely to stop due to the “retrograde,” or increasingly downhill, nature of the seabed below them.

But much of what scientists know about this area comes from satellite data. Thwaites and other nearby glaciers are so hard to get to and have such dangerous weather conditions that only a handful of scientists have ever actually made the journey. Now, because of the potentially catastrophic consequences of ice sheet collapse, a group of Antarctic researchers are asking the National Science Foundation to support a more aggressive research approach. Here’s more from The Washington Post:

That means a great deal more research and direct measurements in this extremely remote environment. It isn’t research on the moon or at the ocean’s greatest depths, but in terms of work on or near the surface of Earth, it’s about as tough as it gets.

To understand the difficulty of the scientific task, consider this — one key problem will be figuring out exactly what is going on at the ground level beneath over a mile of ice. A key unknown involves precisely what kind of terrain the base of Thwaites glacier rests upon, and what it is composed of – which will affect just how much resistance there is to the glacier’s movement.

The late climate scientist John Mercer first alerted the scientific community about the instability of the West Antarctic ice sheet back in 1978. At the time, Mercer thought that warming air temperatures would cause the collapse, but scientists now understand that warm water melting the ice from below is the real threat. Still, there are a lot of unanswered questions about how the collapse could play out:

“There has been a pendulum in this community in the last 20 years, from, ‘we’re sure the West Antarctic Ice Sheet is going to collapse,’ to ‘actually we’re not,’ to ‘oh yes we are,’ to ‘oh, it’s happening now,’” says Eric Steig, a University of Washington glaciologist. … “I think that many of the ideas that people came up with for why it won’t collapse have been disproven,” Steig says – although he emphasizes that there is still a great deal of scientific uncertainty about the matter.

Scientists don’t know, for example, how soon a rapid collapse could begin — 900 years? 200 years? Sooner? And they don’t know whether the ice sheet collapsed before during a previous period of warming about 120,000 years ago — something they could find out if they can get ice core samples.

Now, given our short attention span and complete inability to grasp the true existential threat that is climate change, most people will forget about this terrifying drama playing out at the bottom of the Earth within 24 hours, go see The Martian this weekend, and then spend an excessive amount of time pondering the possibility of humans visiting Mars. Which is why, in the interest of getting people to give a shit, someone really should just turn this into a frivolous two-hour blockbuster hit. Picture it:

Lily Tomlin and Danny Trejo play a husband and wife team of Antarctic researchers leading an expedition to Thwaites. They bring along two graduate students — one a wise-cracking source of comic relief played by Jerrod Carmichael, the other a brooding and sarcastic voice of pessimism played by Mae Whitman. A grumbling member of the British Antarctic Survey (Peter Capaldi) joins the expedition, along with his young protege (Parminder Nagra), who’s pretty quiet but vlogs about the whole trip. Roland Emmerich of The Day After Tomorrow and Independence Day fame will direct, of course, and the movie will probably be called something minimalist and dramatic like Thwaites.