The Supreme Court has no time for BP's BS 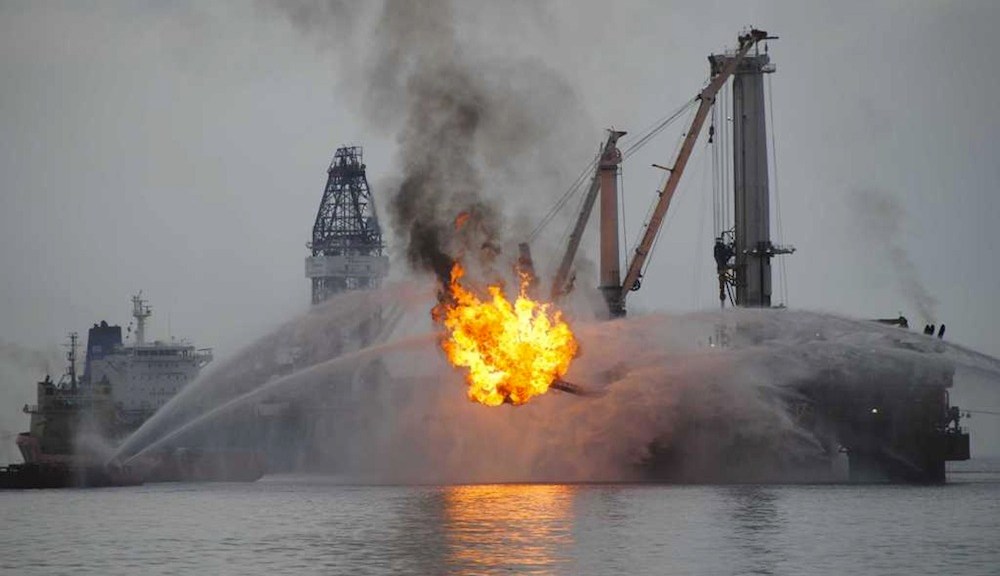 The Supreme Court has no time for BP’s BS

This morning, the U.S. Supreme Court denied BP’s request to take another look at the settlement it reached in 2012 to pay thousands of people and businesses harmed by its 4.9-million-barrel oil dump into the Gulf of Mexico in 2010.

BP wanted to argue to the highest court in the land that some of the claimants seeking damages from the company in relation to the Deepwater Horizon explosion and spill can’t convincingly link their losses to the mega-disaster. So in August, the oil giant filed a petition attacking its own multibillion-dollar settlement (which included pleading guilty to manslaughtering 11 workers and bullshitting Congress about how much oil was spilling).

But SCOTUS won’t even give BP a chance to make its case. In fact, the justices didn’t even remark on their refusal to hear the appeal.

In the wake of the spill, BP has spent more than $13 billion settling claims by individuals, businesses, and government entities, and another $14 billion-plus for response and cleanup. The settlement that BP’s trying to get out of doesn’t have a cap for how much the company might have to pay out, but BP estimates that it will spend about $9 billion to resolve claims. So far, it’s ponied up about $4 billion, according to Fuel Fix.

Today, legal blogger Tom Young wrote a post encouraging all types of eligible Gulf Coast-state enterprises — those not in the casino, insurance, banking, or real estate industries — to get evaluated by an attorney who’s navigated the BP claims process:

One would be hard pressed to identify too many Gulf area businesses that did not endure some loss, small or large, that related in some way to the disaster. …

That said, less than 30% of all eligible businesses have filed claims. Of those who have filed, the average payment exceeds $100,000.

Even churches and nonprofits might be able to claim some compensation. The deadline for filing is expected to be set for June 2015.

Don’t think the payouts represent the end of this endless saga, though. Dishing out a bunch of money to people affected by the spill is nice, but wrongs won’t be righted that easy.

These days in the Gulf, BP is alleging that the spill is all cleaned up, but the Coast Guard begs to differ — and geochemists have found that some 2 million barrels of crude are still trapped in the deep. Meanwhile, Alabama is putting $60 million in restoration funding toward rebuilding a beachfront hotel destroyed by Hurricane Ivan. I guess otters, tuna, and dolphins will have to file their own claims to some of that settlement cash.