The newest Tesla on the block isn’t a toy for billionaires. Instead, it’s a toy for their children.

Radio Flyer (the American toy company of red wagon fame) has teamed up with Tesla to produce a $500 Tesla Model S for Kids. When taken for an expedition around the cul-de-sac, this tyke-sized vehicle can reach a cheetah-like speed of six miles per hour.

The baby Tesla is a new competitor in the race to instill an electric-vehicle ethos into young children. Earlier in February, Actev Motors announced the Arrow Smart Kart, an electric go-kart that puts generations of Power Wheels to shame. Tesla hopes to outshine competitors with its special lithium ion batteries, which are “supposed to charge faster and last longer than any other battery-powered kiddy car,” according to CNN.

The car, which will be released in May, also sports working headlights, a so-called “spacious interior,” and a “frunk” — a trunk in the front of the car. And in case a kid plugging their iPhone into the car’s sound system isn’t fancy enough for you, there are further accessories for pimping your kid’s ride. For example: a $15 personalized license plate.

Roughly 140 of these wee Tesla babes could buy you one parent-sized $70,000 Tesla Model S. But as the ad above shows, little Alex needs all the luxury vehicle practice he can get — from plugging in cars to beeping young women off the road. 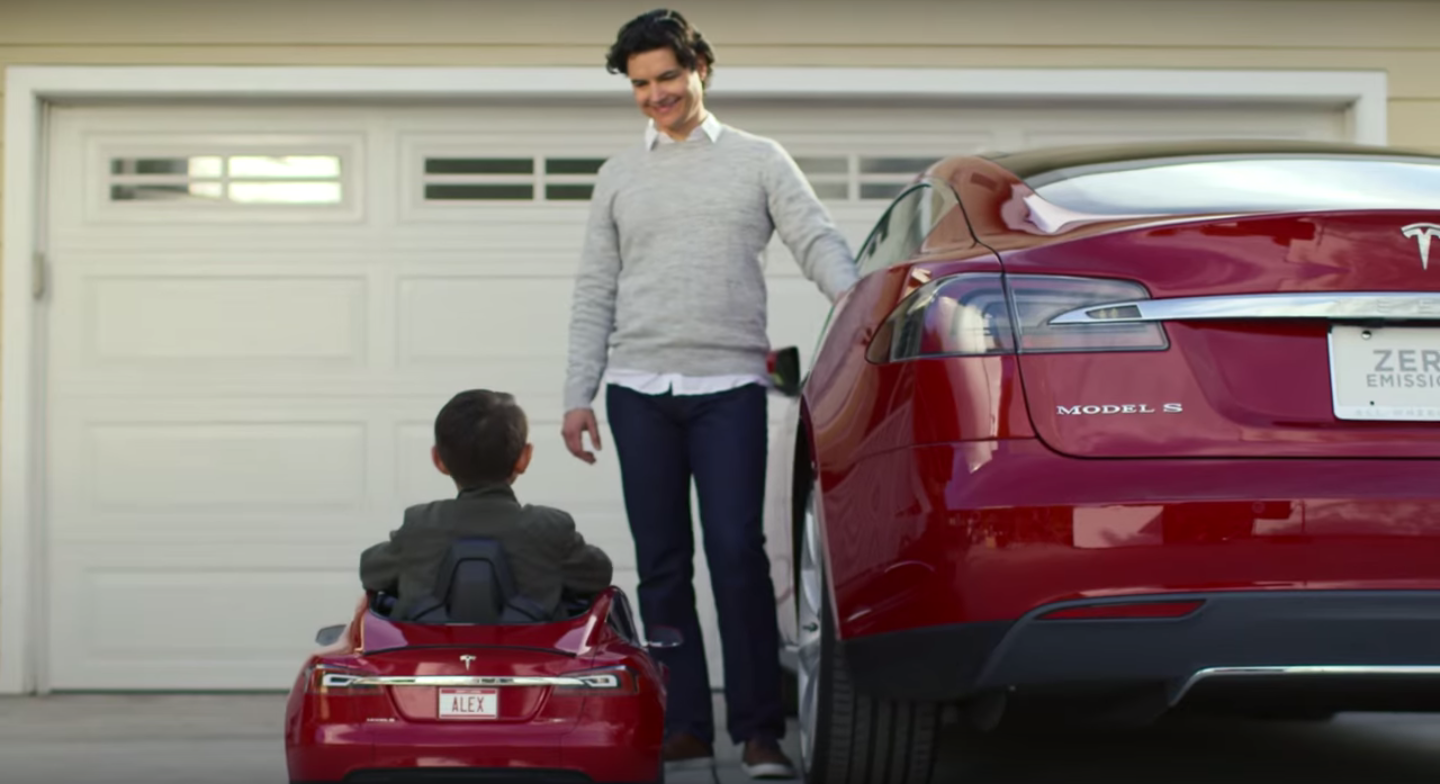 Malls, power plants, and zoos all count as “critical infrastructure” vulnerable to cyberattack