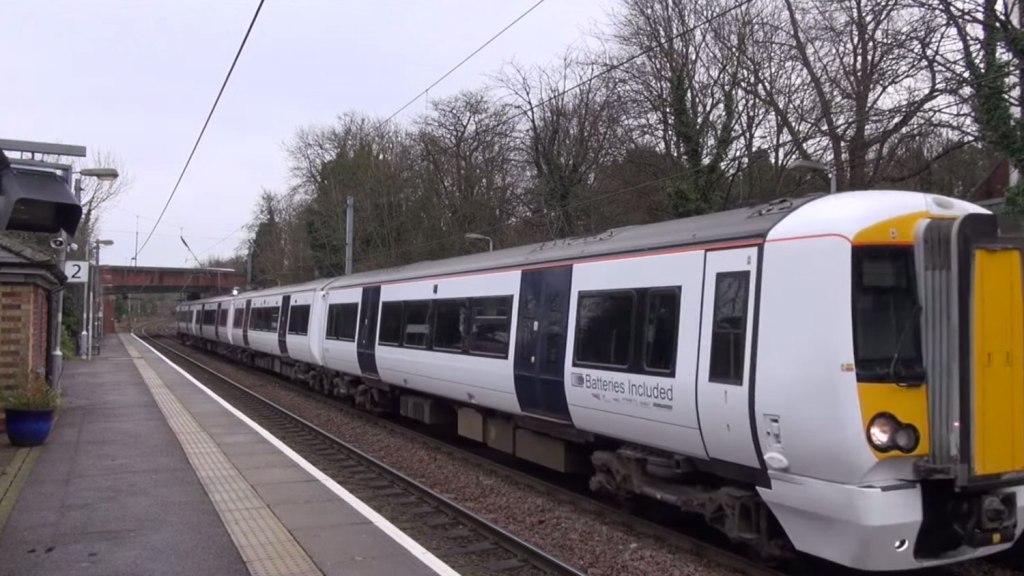 In what is probably a concealment of wizardry, the U.K. has launched a train that doesn’t require steam, gasoline, diesel, or even electric cables to power it — but runs entirely via battery power.

The modified Class 379 Electrostar battery-powered train, or more affectionately known as Independently Powered Electric Multiple Unit (IPEMU), is currently in a trial-run phase, carrying passengers until the middle of February. To Hogwarts, we assume.

The train is being tested on a 12-mile stretch between stations in Essex, cruising along at just a touch below the U.K.’s average rail speed of 65 miles per hour. The cars are powered by 80,000 phosphate and hot sodium nickel salt batteries — each approximately the size of a BIC lighter. With the oomph of these bite-size batteries, IPEMU could eventually help bridge gaps between electrified parts of the U.K’s rail network, or in places where installing overhead electric systems would be too expensive.

The largest snag towards wider expansion of IPEMU’s technology is the batteries’ short lifespan: After two hours of charging, the train can run for only half that time. Which begs the question: Is a train that can only run for one hour worth all the hullabaloo? Here’s CityLab to crunch the numbers:

Even as it stands, however, this battery-powered train could be a useful asset on some existing services. Take the 12-mile stretch on which the train is now being tested as an example. In a service day running from 7 a.m. to 10 p.m., a battery-powered train running slightly below the U.K.’s average rail speed of 65 miles per hour could comfortably make 14 round trips and still have time to recharge. So the application here suggests short, shuttle-type services, such as an airport express route.

The Guardian discusses how the trains could spread:

Should the trial prove successful, a fleet of battery-powered trains could be seen across the network, potentially providing a cost-effective and zero emission replacement for the diesel engines that are still commonly used on branch lines.

Battery-powered trains could be, according to CityLab, “one of the cleanest possible ways of getting from A to B.” Check out the train in action (sadly, Dumbledore is nowhere to be seen):