The bane of your local renewables enthusiast: Solar panels are ugly. They might save our world someday, but photovoltaic cells weren’t exactly designed for their aesthetic properties. This can make for a horde of irked neighbors if you end up tossing them indiscriminately onto a house.

But these solar panels are different (#NotAllSolarPanels). A team of Dutch researchers is piloting a new type of panel that comes in a variety of colors and — drumroll — doubles as a sound barrier on a highway. Wired has the story:

These panels, installed on A2 Highway near Den Bosch, use a new kind of renewable energy technology called luminescent solar concentrators (LSC). Unlike typically metallic solar panels, these are red, yellow, and translucent. They are also cheaper than standard silicon-based panels—one of the reasons they’re be tested in a real-world context.

Dr. Michael Debije is the Eindhoven University of Technology professor spearheading the experiment. He’s spent years researching solar energy in the built environment and says that we still don’t have enough options for harnessing all the light that hits the earth. Standard solar panels live on rooftops, need to tilt at a certain angle, and, most problematically, are an eyesore. “People don’t find them attractive, so it’s hard for a building designer to integrate them in a way people will accept,” he says.

Debije hopes that the LSC panels will do the trick. They’re less efficient than traditional silicon panels — 4 to 8 percent efficiency compared to 13 to 15 percent — but the logic is that the sleeker, cheaper panels will garner widespread adoption. Debije cites bus stops and park benches as public spaces that would be well-suited to the LSC technology.

One of the promising features of the panels is that they can collect both direct and diffuse light, making solar trackers unnecessary. The combination of dyes and the type of polymer used to construct the LSCs ends up forming a waveguide; that is, the LSCs can trap and direct sunlight to the actual solar cells of the panel, which run along the border. Initial tests suggest a kilometer of LSCs could power up to 50 households.

All in all, encouraging news for solar. Plus, with the Dutch panels, we get the excellent acronym SONOBs (Solar Noise Barriers). To all the renewable energy naysayers: SONOBs, suckers. 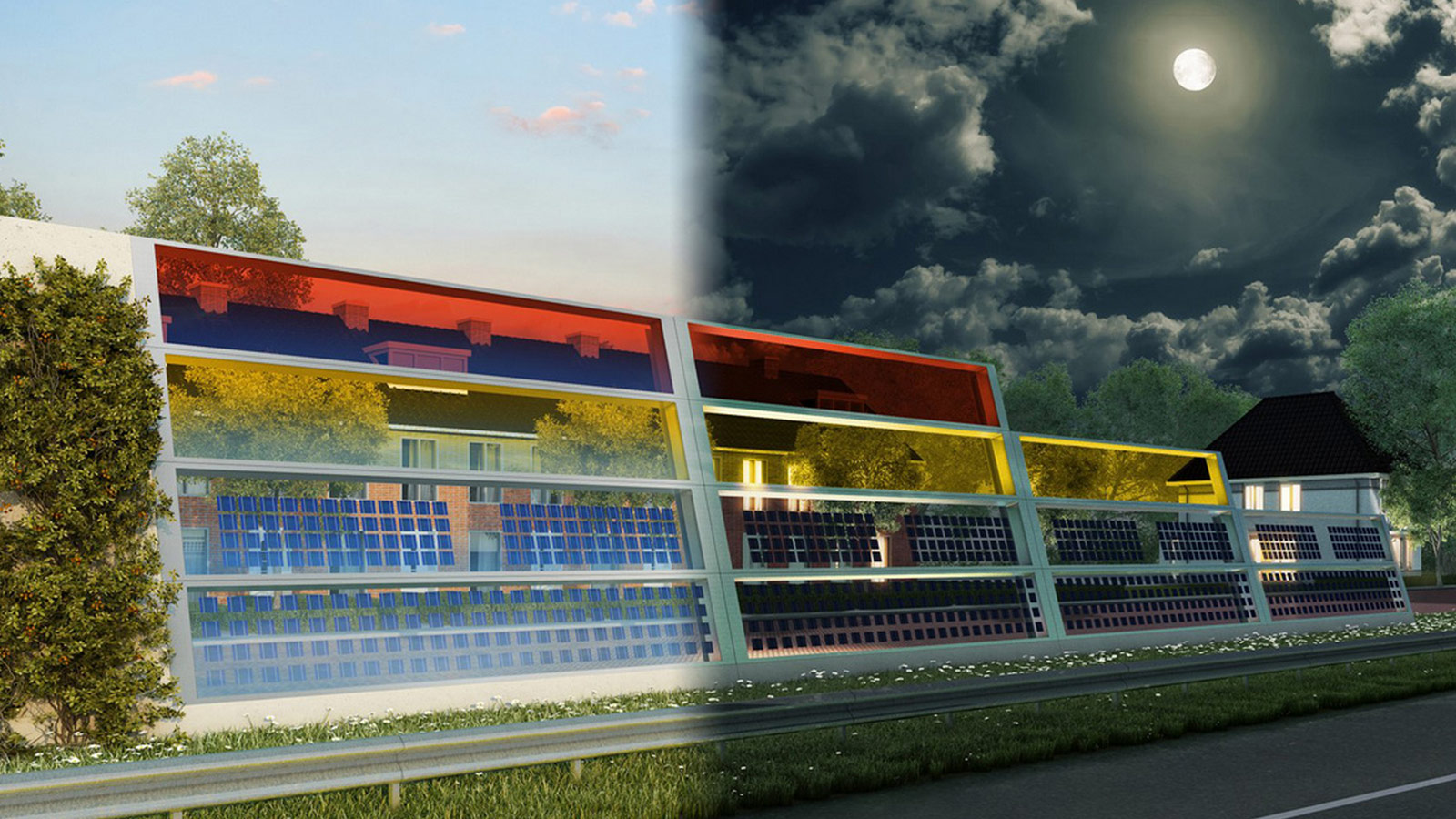 Since they function as a waveguide, the solar panels could function in diffuse and dark lighting conditions.Eindhoven University of Technology