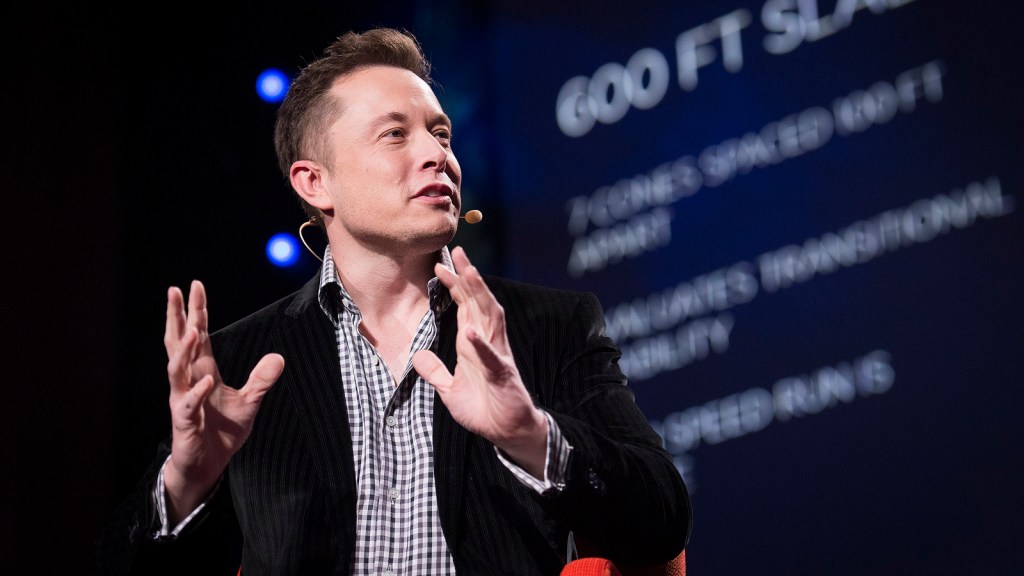 Tesla has had a rough ride lately. A Tesla Model S on autopilot slammed into a semi-truck in May, killing the driver and prompting a federal highway safety investigation. There’s talk that the company’s yearned-for merger with Solar City might not happen, and its high-flying stock has plunged 12 percent in three months.

What better time for Elon Musk, Tesla’s CEO, to unveil his “Master Plan Part Deux,” which says, essentially: “Don’t look at right now! Look waay over there, in the amazing future!”

The plan, released on Tesla’s blog Wednesday, is full of wondrous whizbangery. There will be cars so autonomous that they will earn money for you when you aren’t driving, battery-enhanced solar panels so beautiful that you will want to cuddle them, and tiny, autonomous buses that can be summoned at the push of a button. Oh, and an electric semi-truck that “will be really fun to operate.” (Slate’s Will Oremus provides more detail.)

Musk wrote that he announced this Phase 2 because Phase 1 of his plan (step one: fancy electric sports cars) is nearly complete. Based on the current state of uncertainty around Autopilot and Solar City, it seems like Phase 1 still has some ground to cover.