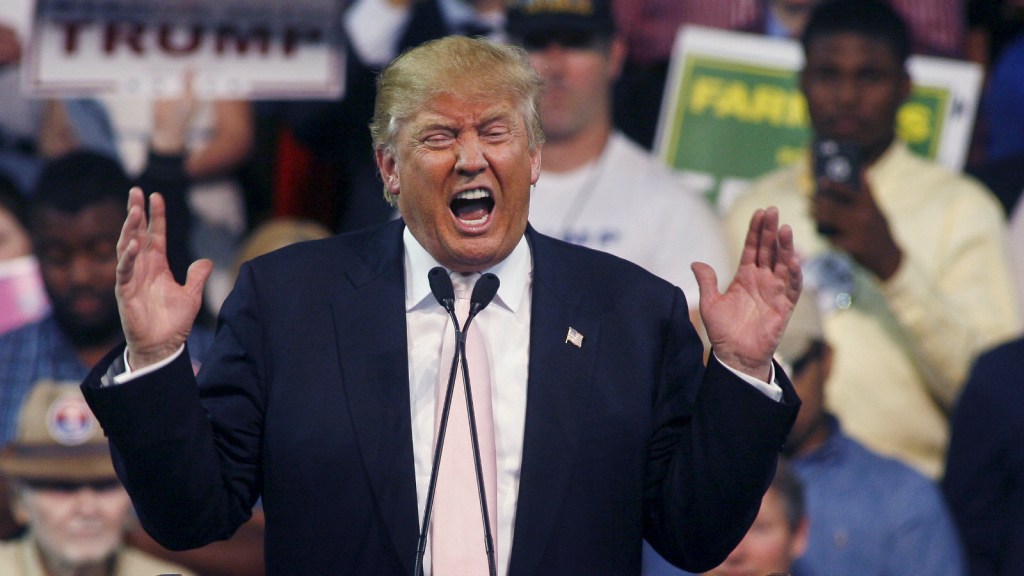 If Donald Trump wins in November, his first act may as well be to paint the White House gold. His second act, according to a secret recording obtained by Reuters, could be ridding the government of Obama appointees.

One of his top targets would be the Environmental Protection Agency. Trump’s ally/hostage Chris Christie, who is leading the candidate’s White House transition team, told donors in a private meeting at the Republican National Convention that they’re drawing up a list of government employees to fire. He hopes for congressional legislation to make it easier to fire public workers.

“One of the things I have suggested to Donald is that we have to immediately ask the Republican Congress to change the civil service laws. Because if they do, it will make it a lot easier to fire those people,” Christie told donors at a closed-door meeting at the RNC. “As you know from his other career, Donald likes to fire people,” he added.

Trump has promised to eliminate the EPA entirely, while also rolling back environmental legislation and pulling the U.S. out of the Paris Climate Accord.

Since its creation by Richard Nixon in 1970, the EPA’s enforcement of environmental regulations has led to cleaner air, water, and land across America. So while Trump may not make America great again, he will certainly make it polluted again.