Walmart is quietly going on a massive building spree 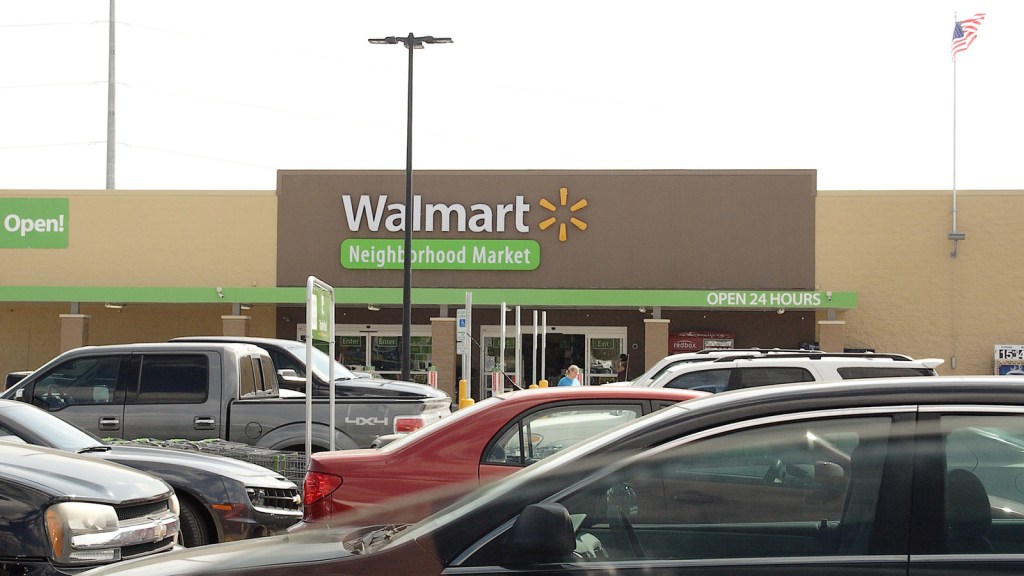 Walmart is quietly going on a massive building spree

In January of last year, residents in Slidell, La., a suburb of New Orleans on the north shore of Lake Pontchartrain, were shocked to discover that a wooded stretch of land tucked into the middle of their neighborhood was slated to be cleared for a Walmart Neighborhood Market. It not only seemed an unlikely place to put such a store, but just weeks earlier Walmart had announced plans to build a Neighborhood Market less than four miles south on Pontchartrain Drive. Furthermore, Slidell already had two Walmart Supercenters. Developing the wooded lot on Roberts Drive would be the fourth Walmart in a town of fewer than 30,000 people.

“We are beside ourselves,” said Caroline Poupart, who lived directly behind the site of the proposed Walmart. “That green space has been here since the inception of time,” she told The Times-Picayune.

Yet there was little residents could do to stop Walmart. Like most U.S. cities, Slidell has permissive zoning when it comes to commercial development. This particular wooded lot is zoned for “neighborhood commercial,” under which Walmart’s Neighborhood Market store, which is essentially a large supermarket fronted by a few acres of parking, qualified as an acceptable use.

Today, the forested lot in north Slidell is gone, and the small town is saddled with four Walmart stores.

The situation in Slidell is a microcosm of a strategy Walmart is pushing hard across the southern U.S., and will soon advance northward. Having used its supercenters to capture one-quarter of U.S. grocery sales, the chain is building a new wave of smaller stores that are poised to clean up the market share its supercenters don’t already control. In the New Orleans metro area, Walmart accounted for 40 percent of the $2.1 billion people spent on food in 2012, according to data from Chain Store Guide. Its new stores in Slidell and other suburbs will inch that figure closer to 50 percent.

Just how many new stores can we expect to see? Last October, the retail giant disclosed that it was in the process of building about 450 Neighborhood Markets in the U.S. over the next two years. According to a Forbes contributor, “The new Walmart management team is suggesting there could be thousands in five years.” Although these are often described as Walmart’s “small format” stores, they are only small relative to supercenters. An average Neighborhood Market is 43,000 square feet, or about the size of a football field.

This recent escalation in store construction is Walmart’s third major wave of expansion. The rollout is following the same pattern as Walmart’s first wave of store construction in the 1960s, as well as its introduction of supercenters in the 1990s. The company builds in and around Arkansas, where it is headquartered, and then steadily moves out, colonizing one region after another, gaining market power and stripping sales from other businesses as it goes. Today, residents of Arkansas have a roomy 5.5 square feet of Walmart floor space per person.

The business press has seized on the Neighborhood Market as a sign that Walmart, the pioneer of the big box, has decided that small is the new big. But, in fact, Walmart’s pace of building supercenters has slowed only slightly. It’s still moving to build about 175 of the colossal stores in the U.S. over the next two years. Neighborhood Markets are designed not to supplant superstores, but to operate in tandem with them, creating a more convenient shopping option to fill in the gaps and suck up more market share. The company is even testing the idea of using supercenters as distribution hubs for the Neighborhood Markets. It’s a completely integrated vision for doing business, and one designed to enable Walmart to dominate our food system, and our landscape, well into the future.

While all of this sprawling new construction is central to Walmart’s corporate strategy, it does not garner even a mention in the 186-page sustainability report the company put out last year. Walmart has crafted its own definition of sustainability, in which land development is an off-limits topic.

If Walmart did acknowledge and measure the climate pollution associated with this part of its business model, the greenhouse gas emissions the company reports to the CDP each year could easily double.

The climate implications of retail development are manifold. There’s the loss of carbon-absorbing fields and forests, for one. Most of Walmart’s new stores are slated for land that has not been developed, including, in some cases, places of extraordinary ecological value. In Miami-Dade County, local environmentalists are fighting to block a Walmart-anchored development from consuming 88 acres of endangered pine rockland, one of the rarest forests in the world.

Then there’s the massive climate emissions generated by producing steel and concrete for all of these new stores. Redefining Progress calculated that it would take more than 850 acres of biologically productive land to offset all of the energy consumed and pollution produced in manufacturing the concrete, steel, and other materials needed for a single 125,000-square-foot big-box store. For the 240 Neighborhood Market stores Walmart plans to build in the next year alone, that works out to nearly 70,000 acres, or about 107 square miles. That’s an area the size of Salt Lake City.

Or consider how Walmart’s expansion is changing shopping patterns in ways that increase our fossil fuel consumption. In a 2012 study, researchers from UC Berkeley calculated that the total amount of energy Americans use moving retail goods around — shipping goods to stores as well as transporting those goods back to our homes — has more than doubled in the last 40 years. In fact, transporting stuff now accounts for 7 percent of all the energy expended in the U.S. The authors concluded that a major driver of this shift was an increase in the distance driven for shopping trips. In other words, we are walking away from Main Street and driving toward the outlying Walmart.

What’s especially depressing about this new wave of Walmart stores is that new retail space is something we certainly don’t need. There are 370 million square feet of vacant shopping centers in the U.S., together with an untold number of empty big-box stores and derelict main streets. The U.S. leads the world in retail vacancy and Walmart is a major contributor to the problem. As the company has opened new retail locations, it has forced existing retailers out of business and then left the skeletons of its own discarded stores scattered across the country. Yet all this space sits empty while Slidell is getting its fourth Walmart.

Planning for a better future

Looking to Walmart to be a responsible company is a dead end. The real responsibility lies with us. Indeed, not every place has succumbed to the retailer’s growth imperative. Even as Walmart exploits lax land-use policies across much of the country — or actively undermines them, as it did in California by forcing referendums on its development projects through paid petition-gatherers, effectively skirting environmental review — some regions and states are well protected by their own laws. Vermont, for example, under its Act 250, does not allow commercial development projects that would encompass more than 10 acres of land unless they gain approval from both the local town planning board and a regional commission guided by an explicit anti-sprawl policy. Vermont has five Walmart stores, three of which, thanks to Act 250, opened in existing buildings.

Other communities have taken lessons from Vermont’s policy and are putting large retailers through a more thorough review before undeveloped acres can be paved. Cape Cod set up a commission that is made up of representatives from each of its 15 towns. The commission has the authority to review and reject any large development projects that could significantly harm the local economy or environment, adding another layer of scrutiny in addition to the municipal planning board. The commission actually did give approval to a Walmart in Cape Cod, but it is about one-third the size of the average Walmart supercenter, and it’s located in an old department store. In 2007, Maine enacted the Informed Growth Act, which would require towns to conduct an impact analysis and hold a public hearing for any proposed store over 75,000 feet before granting it approval. Unfortunately, the law was weakened in 2010 by the state’s new Tea Party leadership, but it is still on the books as an “opt-in” policy.

What these communities have realized is that new retail space alone is not necessarily an economic and social good. We already have space ripe for investment, in the main streets and strip malls that have been emptied by the unending wave of new retail construction. Federal data shows that traditional downtown buildings are actually more energy efficient per square foot than modern mall and big-box construction, due to smart conservation practices like shared walls and natural lighting. Downtowns are also more walkable and significantly cut down on driving. Some academic institutions have even tried to quantify what smaller, more local retail does for communities. Some significant findings are that communities with vibrant downtowns and more locally owned businesses have higher household income on average and stronger social networks. Now is an opportunity to reinvest in better retail space, for higher wages, healthier cities, and a cleaner environment.

Walter Wuthmann is a writer and researcher for the Institute for Local Self-Reliance and its Community-Scaled Economy Initiative. Connect with him on Twitter at @wwuthmann.