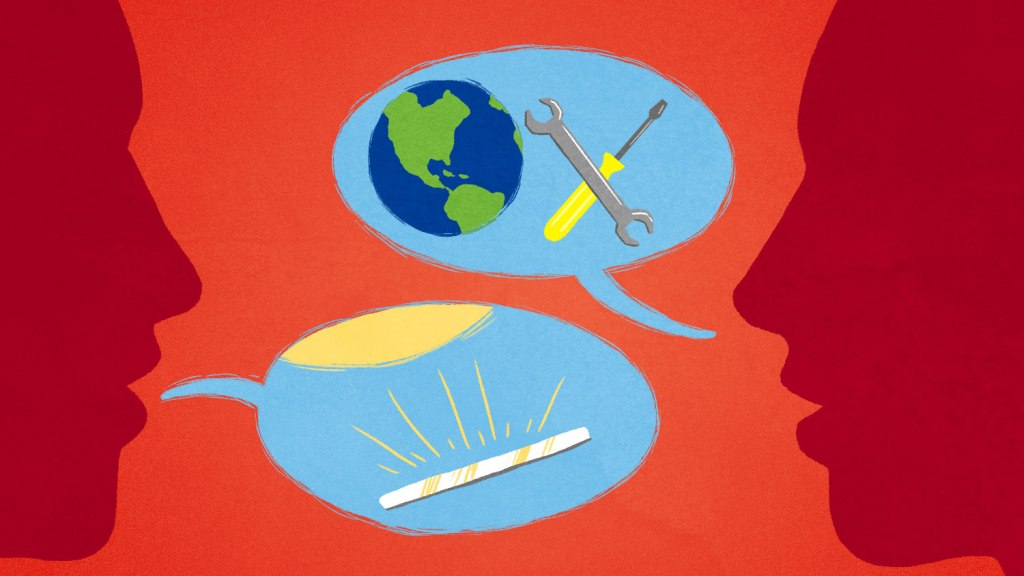 Ben Kravitz has studied geoengineering for the past seven years and doesn’t plan to stop anytime soon, despite ongoing controversy around the issue. That’s because even if geoengineering never happens in the real world, the concept alone is already playing an important role in the climate change story.

“[Theoretical geoengineering] has allowed us to ask questions about how the climate system works that we didn’t even know we wanted to ask,” says Kravitz, a researcher at the Pacific Northwest National Laboratory. “It’s actually in some ways changed the way I think about problems in climate science.”

Kravitz’s interest in geoengineering began back in 2007, when he was a graduate student at Rutgers University. He attended a seminar on geoengineering by environmental scientist Alan Robock, and, immediately recognizing the importance of the work, asked Robock to take him on as a PhD student. Together, they started the Geoengineering Model Intercomparison Project (GeoMIP), an international collaboration that runs identical geoengineering simulations on some of the world’s most advanced climate models. Kravitz and Robock came up with GeoMIP after realizing that different models running different experiments were coming up with conflicting predictions — a problem if those predictions were ever going to inform real-world decisions.

Kravitz has also found that tinkering with a virtual planet can be useful in other ways. For example, he can “turn down the sun” or increase CO2 or do both in various combinations. By observing how these interventions cancel each other out in some ways and not in others, he can learn a lot about the underlying mechanisms driving the climate system. That’s why he’s not worried about his job security. He’s even hosting a week-long summer school later this year for early-career scientists interested in entering the field.

But a lot of people don’t like even the concept of geoengineering, let alone the prospect of actually doing it. They worry that people will misconstrue it as a reasonable fallback plan and turn complacent when it comes to limiting emissions, when, really, geoengineering isn’t a reasonable fallback plan — it’s highly risky and raises lots of tricky social, political, and ethical issues. What if it has serious and unexpected side effects on the environment or certain communities? What if powerful nations make unilateral decisions that disadvantage poorer countries? What if we come to rely on geoengineering indefinitely?

Last month, the National Academy of Sciences issued a pair of reports calling for more research into geoengineering. NAS President Ralph J. Cicerone made clear that this was a just-in-case situation and that the scientists behind the reports weren’t advocating for geoengineering: “If the world cannot slow emissions, or if the effects of climate change are more extreme or occur sooner than expected, there may be demands to pursue additional climate-intervention technologies about which scientists need a better understanding.”

Despite this cautionary tone, there was still plenty of pushback against the reports. Here’s one skeptical headline from The Guardian: “Is geoengineering a bad idea? Can technical fixes provide a viable solution to climate change or are they a high-risk, irresponsible distraction from the need to cut carbon emissions?”

Kravitz says he doesn’t know a single scientist working on geoengineering who thinks it’s an appropriate replacement for reducing emissions, and he doesn’t buy the argument that the very idea of geoengineering is a dangerous distraction.

“My experience is that by talking about geoengineering, I get more people interested in talking about climate change, which I think is a much bigger issue.”

Yale Law School’s Cultural Cognition Project studies how people’s cultural values influence the way they process information and assess risk. In a study published last month, researchers with the project looked at how the discussion of geoengineering affected people’s perception of climate change risk. They found that the very idea of geoengineering actually made skeptics more open to the realities of climate change.

The study involved 3,000 participants — half from the U.S. and half from the U.K. — split into three groups. All three read a scientific study warning that previous estimates of carbon dissipation in the atmosphere were too optimistic and that the world was in for serious and unavoidable consequences (actually a combination of two studies published in Nature and the Proceedings of the National Academy of Sciences).

Each group read one of three news articles before reading the study. They read about scientists recommending stricter emissions limits, scientists calling for more research into geoengineering, or traffic signals in housing developments (that last one was a control). After the participants finished reading both materials, they rated the validity of the study and their perceived level of climate change risk.

The researchers found that participants who read the news article about stricter emissions limits were more polarized in their responses to the study. That is, people who already cared about climate change and those who were skeptical both became more steadfast in their opinions. The geoengineering article, however, had the opposite effect, making skeptics more open to the reality of climate change and making the other group slightly more ambivalent.

Dan Kahan, a professor of law and psychology at Yale, led the study. He says that the influence of cultural values can explain the perhaps surprising effect that geoengineering had on the participants. In a blog post on the Cultural Cognition Project website, he explains that participants fall into two cultural categories:

[E]galitarian communitarians, who are morally suspicious of commerce and industry, find it congenial to believe those activities are dangerous and thus worthy of regulation. Hierarchical individualists, in contrast, tend to be dismissive of environmental risk claims, including climate change, because they value commerce and industry and perceive (unconsciously) that such claims will result in their being restricted.

It’s important to note, however, that the effects these articles had on people’s opinions were actually quite small, Kahan says, so a massive geoengineering marketing campaign wouldn’t suddenly make skeptics very concerned about climate change. Still, he says, the results of the study were significant because they were counterintuitive (at least in the geoengineering case) and show how common ground and productive communication are possible if cultural values are taken into account.

“Some people who are climate skeptics have dispositions that make them very curious and excited about technology,” Kahan says, so brushing them off as anti-science isn’t helpful or necessarily accurate.

And to those worried about people latching on to geoengineering instead of focusing on mitigation, Kahan, like Kravitz, says the bigger problem is just getting people to talk about climate change.

“I think it’s kind of weird that people think that the problem with [geoengineering] is that it dissipates public support for doing mitigation, when the problem is there is no public support for doing mitigation,” Kahan says. “We’re trying to figure out what might actually create a climate, as it were, of political discussion where people would think about that more seriously.”

It’s reasonable to be afraid of geoengineering. We can’t know for sure what will happen if we try it, and as many like to point out, tinkering with the climate via large-scale, untested technologies sounds like the stuff of science fiction. Sometimes, it is the stuff of science fiction — the 2014 movie Snowpiercer, based on a French graphic novel called Le Transperceneige, takes place in a dystopian future where a failed geoengineering ploy forces everyone to live forever on a giant, non-stop train circling the globe.

But just like other sci-fi fodder — black holes, time travel, artificial intelligence — geoengineering is the kind of concept that, by stoking imaginations and raising questions of ethics, politics, and the limits of human innovation, can influence society without ever having to become a reality. It’s dangerous, and scientists get that, but neglecting or hindering the broader climate change discussion is dangerous too.