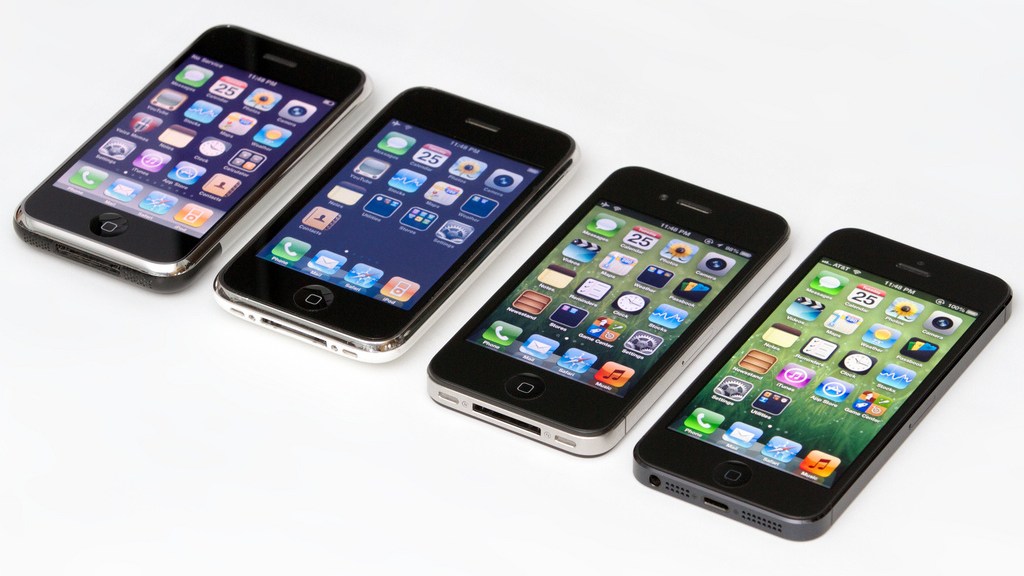 Shhh! Do you hear it? That quiet weeping? Do you feel it? The tingle in your wallet? That’s the sound of millions of soon-to-be-obsolete iPhones seeing the light at the end of their extremely short proverbial tunnels. And that tingle? Well, that’s just Apple CEO Tim Cook trying to pick your pocket.

That’s right — it’s Apple announcement day, and you know what that means: Cook is revealing the company’s new and (moderately) improved products, while live bloggers the world over put their lives on hold to write down everything he says as he says it so that they can tell us immediately, because consumerism is God, and we have no shame. (Seriously, though — would it matter to anyone if we all just read about this tomorrow, or **gasp** next week?)

Anyway, today is as good a day as any to discuss planned obsolescence — you know, that thing that tech companies do to make their products die or become annoyingly cumbersome after a relatively short amount of time so that we have to buy new ones and continue to shove money down their throats (Apple, for the record, can now fill 93 Olympic swimming pools with the amount of cash that it’s raked in from iPhone sales, according to The Atlantic). It’s hard to decide which is more infuriating about planned obsolescence: the complete havoc that it wreaks on the environment, or the way that it turns us all into puppets that do whatever tech companies want us to do.

Gawker’s Black Bag had a great article earlier this year about Apple’s own planned obsolescence practices, which we’ll just call P.O.O.P. for short. Here’s the gist: iPhones start to slow down en mass every year when the company releases a new operating system. The fix? Buy the company’s new phone, of course! To be fair, fancy new software running slowly on old hardware is not a surprise (and not necessarily intentional), but as Black Bag points out, it’s not like Apple is trying not to make its own hardware obsolete:

In 2015 we can’t trust Apple to have our backs as consumers, nor can we suppose that literally every single thing it does as a company isn’t deliberate and calculated; even if your iPhone isn’t being sabotaged, someone decided that drained batteries and slow email is O.K. to hit rock bottom come shopping time. Let’s not be naive.

Geoffrey Fowler, a tech columnist for The Wall Street Journal, took Samsung to task over its own P.O.O.P. yesterday in an article about how he managed to fix a colleague’s broken TV on his own. The set had a well-documented problem — broken capacitors — that would’ve cost at least $200 to get fixed at a Samsung-approved repair shop, which, at that point, why not just splurge for a new $380 set?

Fortunately for his colleague, Fowler found that practically anyone could’ve fixed that TV for cheap:

I splurged on a $20 deluxe repair kit, sold on eBay, that included capacitors, a soldering iron and something called a solder sucker. Its makers also sent me a link to a YouTube video where a man teaches you how to solder capacitors into a TV. To prove how easy it is, he’s helped by a toddler. The video has been watched over 675,000 times.

All of which raises an important question: Why didn’t Samsung just point me to instructions or provide the needed parts? Samsung’s website and phone support don’t have repair guides or really any information to help me negotiate the situation. I was on my own.

Samsung wants people to go to “qualified” technicians. In a statement, a spokesman said, “The technology found in TVs today is more sophisticated than ever before and often requires a level of expertise and technical proficiency to repair most of these high-quality products.”

So for the environment’s sake — and for the sake of our own dignity — let’s all at least try to fix our gadgets before emptying our wallets at company-approved repair shops, or worse, tossing a perfectly good device into the massive e-waste dumps that we’ve created in someone else’s backyard. Unfortunately, some companies (like Apple) make that especially difficult to do, which is some really shitty P.O.O.P. if you ask me. But fear not — the growing tinkerer community continues to fight the good fight through outlets like iFixit and iCracked.

So go forth, puppets — learn what a capacitor is and then let a toddler on YouTube teach you how to fix it. As for me, I’ve spent all morning writing this article and have no idea what Apple revealed today. I’ve thus become hopelessly irrelevant and will join the iPhone 6 in obscurity. You’ll never hear from me again.