Are scientists who collaborate with industry tainted? - Grist 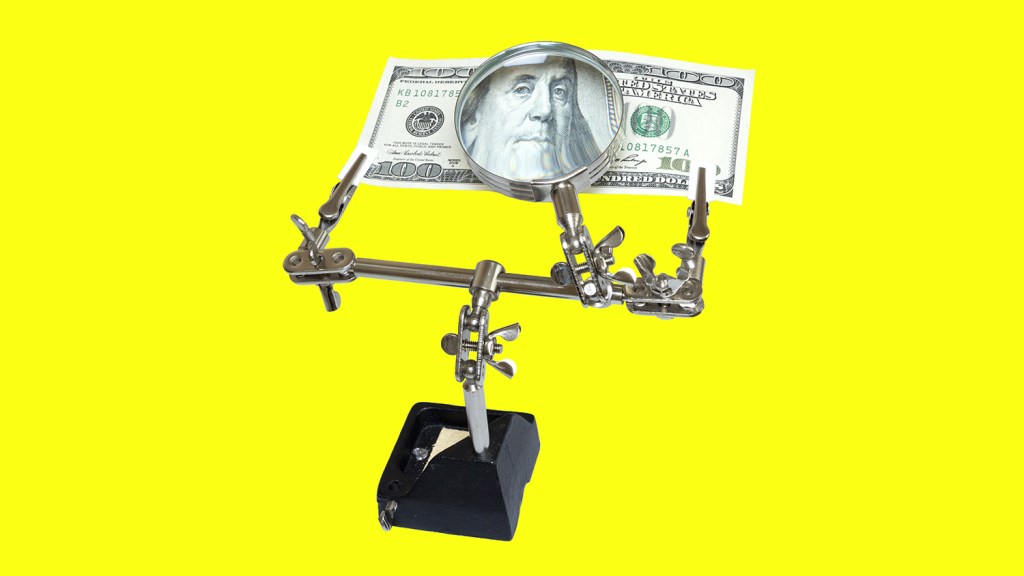 Are scientists who collaborate with industry tainted?

Kevin Folta, a plant biology professor at the University of Florida, has received money for travel expenses from Monsanto and other companies. Chuck Benbrook, until recently a research scientist at Washington State University, received funding for both travel and research from companies like Whole Foods and Organic Valley.

Neither of these facts is hugely consequential in itself. But these scientists work on opposite sides of today’s widening debate over the future of U.S. agriculture — the argument between “big” and “small,” conventional and organic, whether farming should go back to the land or back to the lab. Because of that, and thanks to a New York Times feature that hoisted them into the spotlight, they have become lightning rods for questions about research funding, conflicts of interest, and scientific ethics.

This all started when U.S. Right to Know, a nonprofit group opposed to genetically engineered food, asked to see the emails of several scientists who regularly defend GMOs. (Because these scientists are employed by public universities, their emails were subject to open-records laws.) As the emails began to come out, the evidence of cooperation between scientists and industry triggered condemnations, counter-condemnations, and online fracases. The inquiry exposed questionable emails from several scientists, but Folta became the chief whipping boy.

Then the Times waded in with a big article on Friday, bringing the whole mess to the mainstream for examination, but also making its own public record request for the emails of Benbrook, a regular defender of organic ag — and thus someone on the “other side” from Folta.

The divide implied by the Times‘ approach isn’t fairly proportional; I’d bet that there are more scientists working with biotech than there are collaborating with the organic industry. But it does complicate the story in a useful way. It helps stem the knee-jerk partisan response: It’s hard for back-to-the-earth advocates to call for the heads of anyone with ties to industry when it’s clear that would cause heads to roll on their side as well.

What all this airing of researcher entanglements should do is force us to move beyond tribal gloating. What if we stopped simply cheering for the side we favor, and hissing at the follies of the other side, and began to ask: When does conflict of interest become a problem, and what do we do about it?

I’ve talked to both Folta and Benbrook previously, for my reporting on GMOs, and I wanted to hear their takes directly. I called Benbrook first. He said he was reluctant to add to the furor, but would think about it — then didn’t return my call later in the day. That left me with just the Times story to go on, but it seemed that Benbrook was very candid with them. He told reporter Eric Lipton that he sought the university position, at least in part, so that reporters and policymakers would pay more attention to his work. “I was working for an organization affiliated and funded by the industry, and people were just not listening,” he said. In that same piece, Benbrook drew an equivalence between himself and Folta:

“Dr. Benbrook, whose research post at Washington State was not renewed this year, said the organic companies had turned to him for the same reasons Monsanto and others support the University of Florida or Dr. Folta directly.”

“They want to influence the public,” he said. “They could conduct those studies on their own and put this information on their website. But nobody would believe them. There is a friggin’ war going on around this stuff. And everyone is looking to gain as much leverage as they can.”

When I called up Folta, he disputed this equivalence. “Benbrook is actually paid personally $128,000 by industry. I don’t get any personal renumeration from industry.”

Folta had said multiple times that he has no relationship with Monsanto before the emails revealed that Monsanto had reimbursed him for travel expenses, and paid $25,000 to a fund to support Folta’s biotech education program (the university put that money to other uses after the controversy flared up). I told him that I’d be a lot more sympathetic to him if he’d been clearer up front that his definition of “no relationship” actually meant “no money going to his bank account or supporting his research.”

Folta said that he would be more forthcoming now. “I should have given the entire, long diatribe about what my relationship with Monsanto was,” he said. But at the time he just didn’t think it was necessary. Lots of organizations have reimbursed Folta for travel expenses to give talks or attend conferences — and, he asked me, should he have listed them all?

His real error, he said, was failing to see that public perception mattered: He should have taken the time to lay out his dealings with Monsanto because people care intensely about that particular company. But, he added, he’d undergone a review from the legal department at the University of Florida and “they concluded there was no conflict of interest, the disclosure was adequate.”

Is there a way to get beyond the partisan point taking?

I’ve seen a lot of people condemning Folta and ignoring Benbrook. I’ve also seen people picking on Benbrook for things that apply just as well to Folta. But if there’s something wrong here, we have to address it in a way that considers both scientists. Both took money for travel. Both participated in email conversations with industry and activist groups strategizing to influence policy and public opinion. Both could have been clearer in making disclosures. In a recent New England Journal of Medicine editorial criticizing herbicides, Benbrook declared no conflicts of interest, then, after some prodding, added disclosures.

You could just say that anyone who takes money from business of any kind — or spends too much time collaborating with company representatives — is tainted and toxic. But that doesn’t makes much sense. Collaboration with industry is part of the mission of many universities — it’s literally in the job description of many public scientists. Universities rely on industry funding, and a lot of important science throughout history came from private, rather than public, research. Plus, I’d rather have scientists wade into public policy — participating in political movements and working to communicate their research to the public — than hole up in ivory towers.

Still, it’s also useful to know when people are getting paid. There’s a difference, in my mind, between communicating on your own steam and communicating with a little assistance from an organization. If an academic travels to give public testimony, it makes a difference if they’ve paid out of their own pocket or if a company has sponsored their trip. If someone pitches me a story, it makes a big difference if I know they have a budget for outreach, or if they are just so excited about something they are willing to make the time to email me.

When people disclose their potential conflicts of interest, it makes me trust them more. The best example I can think of came before a lecture that Aaron Caughey, an obstetrician and one of the heroes of my first book, gave. He paused to mention that he’d done a little work for Bob’s Red Mill Natural Foods before talking about home birth as an intervention to reduce cesarean sections. The disclosure had zero relevance to the topic, but it took just a few seconds and left me with the sense that Caughey would bend over backward to air his own biases.

Let’s get out of the cave

The notion that scientists are fatally tainted by engaging with industry stems, I think, from an unrealistic expectation of what science is supposed to do. The philosopher Bruno Latour describes this expectation by employing the image of Plato’s cave: We are all inside the cave trying to make sense of shadows on the walls — while nature, and the truth, reside outside the cave, casting those shadows. In this construction, scientists are the ones who venture out of the cave and bring back reports on what’s real.

If this is the way you see the world, conflicts of interest are devastating, because they allow ideological or moneyed interests to adulterate our supply of truth. But LaTour’s point is that the world has never worked this way: We’ve never been cut off from nature, scientists have never had special access to the truth, and every bit of science is a social construction made up of evidence, yes, but also influenced by biases and world views.

Scientists are just people. It shouldn’t be surprising to learn that scientists have (sometimes ardent) political opinions, or email with people at businesses and advocacy groups, or receive money from companies that like what they are doing. In fact, I would be astounded if Folta and Benbrook weren’t talking to people in industry.

None of this changes the way that I would approach either of them, because I never call up scientists and expect them to deliver Truth. I treat them like any other source, doing my best to figure out the complex factors that have gone into making the quotes they are giving me. I treasure those scientists who are self-scrutinizing and humble. Yet, I find it’s also useful to talk to sources with strong opinions; it’s just more important to check those opinions.

In the long run, science is self-correcting. Strong opinions, cultural prejudice, and filthy lucre can influence a scientist’s statements, or that scientist’s ability to make those statements heard. But none of that matters over time if results are reproduced and experimental methods stand up to scrutiny. As the Times article notes, “There is no evidence that academic work was compromised …”

Industry and political organizations can’t change scientific evidence — they can only influence the way the public perceives science. That’s why it’s so important to have experts — scientists themselves, and science communicators, and yes, even journalists — who are dedicated to following the evidence rather than advancing any political cause (no matter how noble). They can help pick apart the social construction of science, and thwart attempts to muddy the waters.